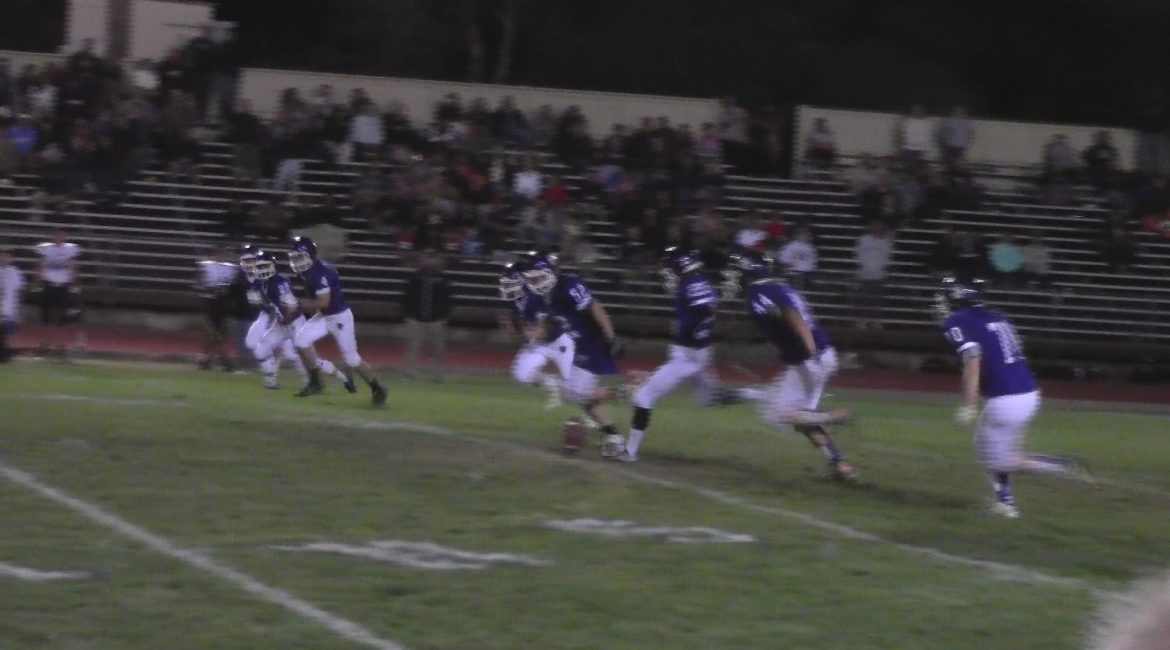 For the third straight season, KSRO will be covering high school and JC Football. The station, which is 1350 AM and 103.5 FM on your dial, will broadcast its first game this Friday when Cardinal Newman hosts St. Mary’s of Stockton. It will be the first of ten regular season high school games plus the North Coast Section playoffs. Dave Cox will once again handle the play by play chores.
KSRO will also broadcast the SRJC home schedule. The first of five games is this Saturday against San Joaquin Delta. All home games for SRJC start at 5 pm. The pre-game show will begin at 4:35.
HIGH SCHOOL PREVIEW

No. 3 Analy (1-0) at No. 5 Maria Carrillo (1-0)…Friday 7:30
These two teams opened the season with wins in different kinds of games.
Analy defeated Casa Grande 48-29. Both teams scored more than what was scored by both teams combined in Maria Carrillo’s 17-7 win over Redwood.
This is the fourth straight season the teams have met. Analy has swept the first three.
The last time the game was played at Maria Carrillo was in 2013, which was one of the best games of the season with Analy taking a 34-30 win.
Analy is 35-5 over the last four years.
This is one of five games this weekend between two local teams and the only one featuring to top ten teams in the power rankings.


Northgate (1-0) at No. 4 Windsor (1-0)…Friday 7:30
Northgate opened the season with a 47-6 win over Rodriguez of Fairfield.
Northgate has made the NCS playoffs in every season since 2011.
The game is the home opener for Windsor.
Both teams are in Division 2.

No. 6 Casa Grande (0-1) at Napa (1-0)…Friday 7:30
Napa meets a NBL team for the second straight week. Last week they came to Santa Rosa and defeated Montgomery 54-21.
This is the fourth straight season the two teams have met with Napa winning two of three.

Drake (1-0) at No. 7 St. Helena (1-0)…Friday 7:30
Both teams scored over 50 points in winning its opener. The difference was Drake needed most of the points in a 55-42 win over Healdsburg. It turned out St. Helena had enough points in the first quarter as they defeated St. Vincent 55-6.
According to Max Preps St. Helena is 1-0-1. It says they had a 38-38 tie with Terra Linda which didn’t happen. That might have an effect on its power ranking.

Both teams are in Division 4.

Vintage (0-1) at No. 8 Petaluma (0-1)…Friday 7:30
This wasn’t a great memory last year as Vintage took a 42-0 win. At halftime it was only 7-0 and the game was at Vintage.
Vintage, which is from Napa, have been traveling to start the season. Last week they played in Roseville.
Both teams had similar openers. They were in tight defensive games until things got away from them late.