FOOTBALL PREVIEW: LOOKING FOR AN UPSET 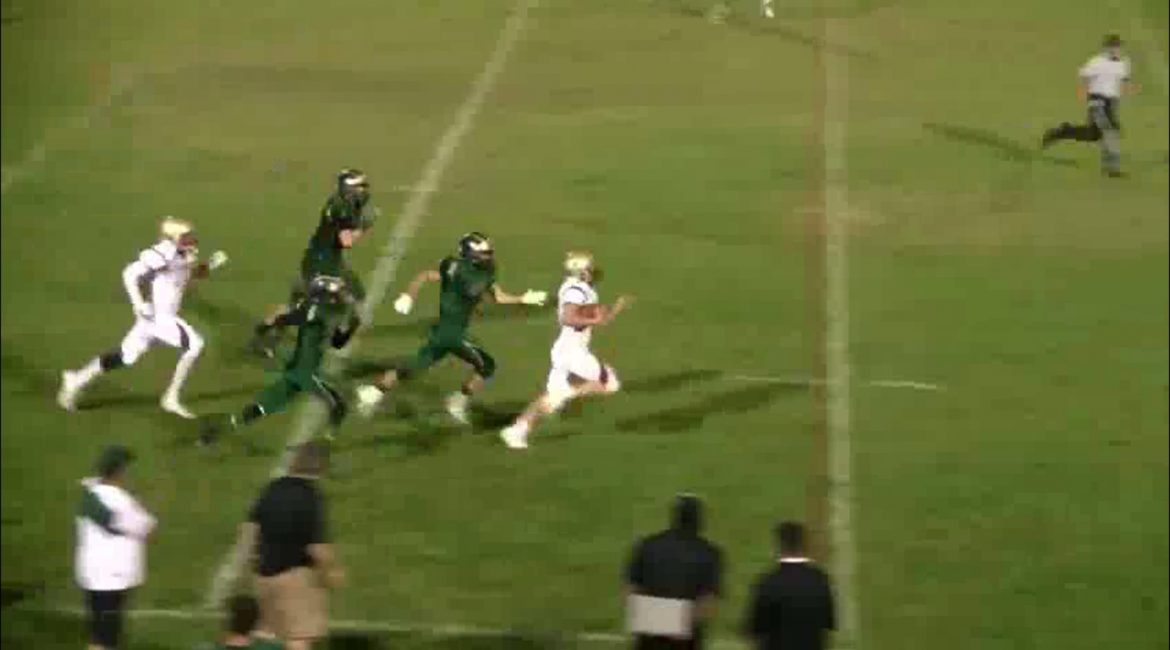 Last week it was showdown week, this week is,”Will there be an upset week.”   That is except for the NCL II where they have a showdown for first place at the halfway mark of the season.
There are four weeks left in the high school football season.   Meanwhile there are five weeks left in the JC season, as they start league play this week.   It is a start they don’t tip toe into, they dive right in.
NBL
No. 2 Windsor (6-0, 3-0) at Santa Rosa (1-5, 1-2)
CAL PREPS PROJECTION: Windsor by 35
No. 3 Rancho Cotate (4-2, 3-0) at No. 8 Maria Carrillo (3-3, 1-2)
CAL PREPS PROJECTION: Rancho Cotate by 22
No. 4 Cardinal Newman (3-3, 2-1) at Casa Grande (1-5, 1-3)
CAL PREPS PROJECTION: Cardinal Newman by 24
No. 6 Montgomery (2-4, 1-2) at Ukiah (1-5, 0-3)
CAL PREPS PROJECTION: Montgomery by 29
At halftime of the games this week the NBL race will be at its halfway mark.   Windsor and Rancho Cotate are tied for first, one game ahead of third place Cardinal Newman.  Four other teams are at 1-2 two games back.
Windsor is coming off its worst offensive game of the season, but because of the area’s No. 1 defense, they defeated Montgomery 10-7.   The Jaquars are giving up 10.8 points a game which is nearly two points higher than No. 2 Cloverdale who is at 12.6 a game.  Take away the 27 they gave up against Miramonte and the averages drops to seven plus.
Windsor has to be careful not to look past Santa Rosa.   Looming next is a first place showdown with Rancho Cotate.
While Windsor has to be careful not to look ahead, Rancho Cotate and Cardinal Newman have to avoid a hangover from last week’s classic.
Rancho Cotate is traveling to Maria Carrillo to take on a team that after two close losses to Montgomery and Cardinal Newman, defeated Santa Rosa for its first league win last week.
Cardinal Newman’s opponent has something in common with Rancho Cotate’s opponent.   They are meeting Casa Grande, who looked like the Casa Grande team that we are used to seeing over the last few years defeating Ukiah. The victory was not only the Gauchos first league win , but first win period.  Sophomore Spencer Torkelson rushed for a season high 156 yards and two touchdowns.
Montgomery might have a bit of a hangover also after the near miss against Windsor last week.    They can’t really afford one.   While there is still some outside hope for a Co-League Championship, the main goal now would be a .500 season and an NCS playoff berth.   They are 2-1 against Division 2 teams.   They only have one game left against a Division 2 team, which is the season finale against Casa Grande.
So a win over Ukiah and they will qualify for an NCS playoff spot.   According to the power rankings they have a decent shot at a home game.

SCL
Healdsburg (1-6, 1-2) at No. 1 Analy (5-1, 2-0)
CAL PREPS PROJECTION:  Analy by 38
El Molino (4-2, 2-0) at No. 10 Petaluma (5-2, 2-1)
YSN365.com/ KSRO GAME OF THE WEEK
CAL PREPS PROJECTION: Petaluma by 9
Piner (3-4, 1-2) at Sonoma Valley (1-5, 1-1)
CAL PREPS PROJECTION:  Sonoma Valley by 1
Elsie Allen (0-7, 0-3) BYE
It is generally thought that Analy will win its third straight SCL championship and win it in impressive fashion.
That is the thought.
The fact is that Analy is tied for first place with El Molino.    The two teams will meet on October 24th at El Molino in the annual Apple Bowl rivalry game.
For that to be a battle for first place, El Molino needs a win over Petaluma.  Petaluma and Sonoma Valley are one back in the loss column from the two leaders.   Petaluma ends the regular season with a home game with Analy.   Sonoma Valley has already played Analy, but do host El Molino on Halloween Night.
A win for El Molino will clinch a .500 record, overall and in league play, for the first time since 2010.  With a 4-1 Division 4 record and one game left, the Lions have already become eligible for the NCS playoffs.   That is also a first since 2010.  A good finish might get them a home first round playoff game.
Petaluma has already qualified for the NCS Division 3 playoffs.   It would be a stretch for them to get a first round home playoff game and still need wins to be picked.
The Sonoma Valley-Piner game might be the equivalent of a playoff game, as both are bubble teams in different divisions.
Sonoma Valley, despite the 1-5 record, may have already become eligible for the NCS playoffs. That isn’t a guarantee because some of the teams on the schedule are from outside the North Coast Section and it is hard to tell if they are Division 3 teams.
Piner, who is in Division 4, has two games left against that Division ending the season with a home game with Healdsburg before going to El Molino.
In the power rankings, both would be considered bubble teams in their respective divisions.
Meanwhile Analy is not close to a bubble team, but needs to keep winning to get a home game past the first round in the NCS Division 3 playoffs.   Of course, they need to keep winning also to keep control of the SCL race.
As weird as this sound, if the big spread the Cal Preps projection is calling for might be refreshing for Healdsburg.   The 31-28 loss to Petaluma was its third three point loss of the season.  Outside the loss to Piedmont, the most one sided loss was to Fortuna 35-21, which opened a frustrating season.

NCL II
St. Vincent (2-4, 2-0) at Tomales (5-1, 2-0)
CAL PREPS PROJECTION:  St. Vincent by 8
SATURDAY
Calistoga (0-6, 0-2) at Upper Lake (0-6, 0-2)
CAL PREPS PROJECTION: Calistoga by 10
This is the first of two meeting between St. Vincent and Tomales that will decide the NCL II title.   The two teams will end the regular season at St. Vincent.
St. Vincent has controlled this series since 2007 winning six of the last nine.
During that time that the teams have bounced around as the NCL I and II changed formats.  After being NCL II rivals, they were in different leagues most of the last decade, but kept the rivalry going with non-league games.  St. Vincent won four straight from 2006-2010.  Tomales snapped the streak in the 2010 playoffs with a 26-6 win.  Then in 2011 realignment took place again and the format was the same as this year with a four team NCL II.   Each league member played each other twice and Tomales won both games that season and also won the NCL II championship.   The last two seasons another realignment put them in the NCL II/Bay Football League.  In that format St. Vincent defeated Tomales both seasons on its way to a back to back Co-Championships.
SRJC
No. 3 SRJC (5-0) at No. 4 San Mateo (4-1)
It is the first of two road games to start the conference race.  Next week it is at San Francisco, who has been as high as No. 3 in the state.   This week it is at San Mateo, who was No. 1 going into last week before dropping its first game to American River 24-14.  American River takes over at No. 1.
If you look at common opponents, this doesn’t look like a good matchup for SRJC.  Both teams have played San Joaquin Delta and Butte.  SRJC started the season against those two teams and met Butte when they were No.1.   SRJC beat them by a combined 17 points.   San Mateo beat them 51-6 and 52-7.  That is two of three games in which San Mateo has scored at least 50 points.   Those three games were the three games before last week’s loss to American River.
My email address is jacpasquini@comcast.net