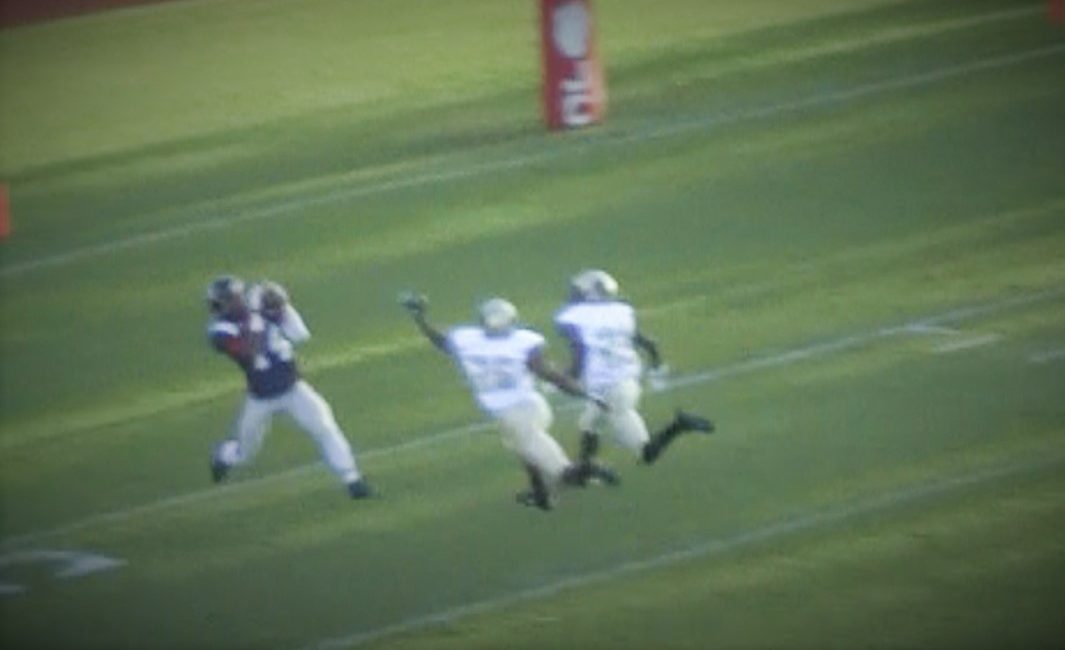 Vanden (1-0) at No. 1 Rancho Cotate (1-0)…Friday 7:30
Both teams began the season with one sided wins.
Vanden has been a playoff team six of the last seven seasons.
Last year Vanden defeated Rancho Cotate 33-28. That gave Rancho Cotate a 0-2 start against the same teams they are meeting to start this year. Last season both games were on the road. This season they are at home.
After the 0-2 start last year, Rancho Cotate won nine of ten before losing a NCS semi-final game to Marin Catholic.

No. 2 Cardinal Newman (1-1) at Clayton Valley Charter (1-1)…Friday 7 pm
Cardinal Newman quarterback Jordan Brookshire will not play in the game because of a concussion. Brookshire has passed a concussion test, but Cardinal Newman wisely doesn’t want to take any chances and give him the week off. That will actually be two weeks off as next comes a BYE. Cardinal Newman is hoping and expecting him to be ready for the NBL opener at Santa Rosa on September 25th. Junior Gavin Dove will start in Brookshire’s place.
Both teams have high goals for how they hope this season plays out. Both teams are 1-1 and the loss was by one point.
Cardinal Newman is coming off the 35-34 loss to St. Mary’s of Stockton. Clayton Valley opened the season with a 27-26 loss to Folsom , a team that went 16-0 last season and won a state championship.
Folsom is No. 2 in one Nor Cal Ranking, sitting behind De La Salle. Clayton Valley Charter is No. 6, while Cardinal Newman and Rancho Cotate are two of twenty teams that are considered on the bubble.
Last year Clayton Valley went 15-1, the lone loss was also by one point in the state championship game. One of the fifteen wins was over Cardinal Newman 42-21.
Montgomery (0-2) vs. No. 3 Analy (2-0) at Rancho Cotate…Saturday 7:30
This is Analy’s first home game of the season. They are playing their home games this season at Rancho Cotate.
It is also their third straight game against a North Bay League team. Analy Head Coach Dan Bourdon has been coaching for the Tigers since 2008 and his teams are 15-0 vs. NBL teams. The wins include a playoff win over Cardinal Newman in 2013 and a win over Montgomery last year. The last time that Analy has lost a game against an NBL team was on September 21st, 2007. The last loss was to Santa Rosa 22-10. Over the past couple of seasons, Analy has been pretty good against everybody. They are now 36-5 over the last three plus seasons.
Based on MaxPreps numbers, a win will give Bourdon sixty as Analy coach.
After a one sided loss to Napa to start the season, Montgomery lost to Hayward last week 12-7, giving up the winning touchdown in the last two minutes.

Miramonte (2-0) at No. 4 Windsor (2-0)…Friday 7:30
This could be a shootout. In its two wins, Miramonte has scored over 50 points in each game and given up over 40. Offensively they have done it in both ways. In the opener, Quarterback Tim Tagne passed for 472 yards and seven touchdowns. In the second game running back Clayton Stehr rushed for 272 and six touchdowns.
Windsor has been just as balanced on offense. They have passed for 377 yards and rushed for 382 in their two wins. Balance is the word forthe Jaguar’s running game. Junior running backs David Escracega and Jackson Baughman each have rushed for an average of at least 70 yards a game. Escracega is tied with receiver Curtis Johnson for the team lead in touchdowns with three.
No. 5 St. Helena (2-0) at Winters (1-0)…Friday 7:30
Winters won a wild game in its opener over Colfax 41-35. By the numbers, Winters’ offense was balanced, throwing for 195 and rushing for 193. The passing offense was mainly senior receiver Morgan Nickolas who caught eight passes for 189 yards and scored four of the team’s six touchdowns.
Last year Winters went 13-1 and won a Northern Section Championship. The only loss was to St. Helena 33-20. They weren’t invited to the State Playoffs.
Benicia (0-2) at No. 6 Maria Carrillo (1-1)…Friday 7:30
KSRO GAME OF THE WEEK…BROADCAST TIME 7:05
Don’t be fooled by Benicia’s record. They lost a one point game to Concord and their other loss was to McClymonds of Oakland who has a higher power ranking than any of the local teams.
This is the fifth straight season the two teams have met. Benicia won the first three before Maria Carrillo won last year 15-13.
No. 7 Fort Bragg (2-0) vs. El Molino (0-2) at Windsor High School…Saturday 7 pm
This is El Molino’s third straight game against an NCL I school.
Fort Bragg quarterback Kaylor Sullivan is averaging 336 yards passing a game and has thrown eight touchdowns. Most of that was in the opening week win over South Fork in which he threw for a school record 492 yards and seven touchdowns.
Fremont (1-1) at No. 10 Santa Rosa (1-0)…Friday 7:30
Coming off an opening 27-20 win over Piner, Santa Rosa is playing its home opener.
It is already Fremont’s second trip to Sonoma County. They opened the season with a 24-0 win at Sonoma Valley. Last week not such a good game. They were defeated by Piedmont 47-7. Piedmont’s power rating is a little less than Rancho Cotate and Cardinal Newman’s.
OTHER GAMES
Berean Christian (1-1) at Middletown (0-1)…Friday 7 pm
Casa Grande (0-2) vs. Franklin (1-1) at Cosumnes Oaks…Friday 7:15
Clear Lake (0-1) at Colusa (1-1)…Friday 7 pm
Elsie Allen (0-1) at Ygnacio Valley (0-2)…Friday 7 pm
Healdsburg (1-1) at Lower Lake (0-1)…Friday 7:30
Sonoma Valley (0-2) at San Marin (2-0)…Saturday 2 pm
Petaluma (0-2) at Terra Linda (1-1)…Saturday 7 pm
Piner (1-1) at Ukiah (0-2)…Friday 7:30
San Rafael (0-2) at St. Vincent (0-2)…Saturday 2 pm
No. 8 Willits (2-0), No. 9 Cloverdale (2-0), Kelseyville (0-2) BYE
NCL III (ALL ARE LEAGUE GAMES)
Laytonville (0-1)at Tomales (1-0)…Friday 7 pm
Potter Valley (0-1) at Mendocino (0-1)…Saturday 1 pm
Anderson Valley (1-0) at Point Arena (0-0)…Saturday 1 pm
Calistoga (1-0) at Upper Lake (1-0)…Saturday 2 pm
Rincon Valley Christian (0-1)…BYE
Each team plays each other once. There are eight games to complete league.
Calistoga at Upper Lake is a rematch of the old NCL II league.
JC FOOTBALL
SRJC (0-1) at Butte (0-1)…Saturday 1 pm
Both teams were in the Pre-Season Top 20 state rankings. Both teams lost their opener to drop them out.
SRJC’s loss was to San Joaquin Delta 27-17, which matches how many wins they had all last season. It was a sloppy game in which the two teams combined for 24 accepted penalties.
The bright side for SRJC was that Sonoma Valley grad Mitch Hood came off the bench to throw for 185 yards and a touchdown.
Butte opened its season with a 30-9 loss to Chabot. In the opening rankings Chabot was at No. 15. The win got them up to No. 5.
My email address is jacpasquini@comcast.net