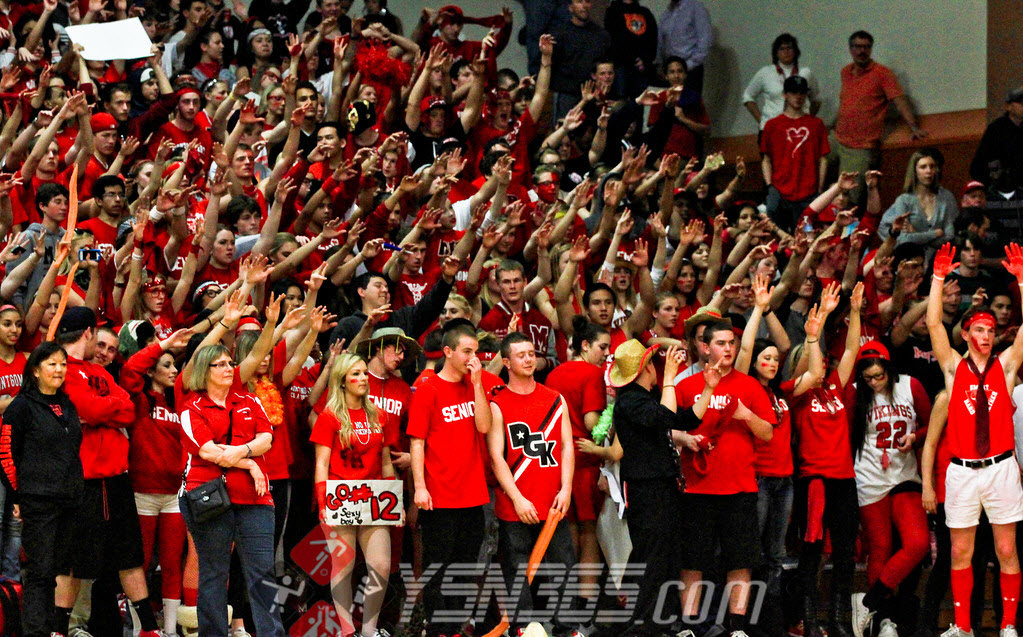 Friday Night is the biggest night so far for High School Basketball and there has really not been a close second.

The NBL and SCL Girls races end the first half with games between the top two in league play meeting each other.  All four teams go into the game undefeated in league play.

In each of the three weeks in the YSN365.com girl rankings, Santa Rosa and Windsor have been No. 1 and 2.   One of those unwritten rules was violated which states, when close the league standings is a mental tie-breaker.  Since Santa Rosa beat Windsor in the second league game, there has been a tie for first between the Panthers and Cardinal Newman.   Windsor kept its No. 2 ranking because of the power theory, which is Santa Rosa has so much power that a loss to them doesn’t punish a team in the rankings.

No. 3 Cardinal Newman has forced a change in that thinking, not to mention the rankings and when they go to Santa Rosa on Friday they will try to change the power thing thinking also.

On Wednesday, Cardinal Newman forced a change in the rankings one way or another with a solid 64-51 win over Windsor.    After falling behind briefly early, Cardinal Newman controlled things after that jumping out to a nine point lead in the second quarter.

There was one nervous moment for the Cardinals.  With the score 33-25 Windsor then scored seven straight to cut it to 33-32.   It wasn’t along nervous moment as Cardinal Newman then went on a 17-2 run and Windsor was never closer than ten the rest of the way.

Cardinal Newman is a young team and one of the youngest is the team’s leading scorer Tiffany Salinas who is a sophomore.   She had a double-double with 24 points and ten rebounds.  Junior Kylie Kiech added 19.

The Cardinal Newman roster has two seniors along with four freshmen.   A good portion of the team was together last season when they went 16-9.   This year they go into the Santa Rosa game with seven game winning streak and a 14-5 record overall.

Windsor, who was led by Kerianne Noonan with 22 points, drops to 14-4 on the season and had been pretty dominate since losing its only league game to Santa Rosa.

Speaking of dominate, Santa Rosa continues to be.   They were forced to play a home game against Casa Grande without head coach Steve Chilsolm after he had been ejected from the Saturday game against Ukiah.   They still didn’t miss a beat, taking a 71-29 win to raise their record to 16-1.

Santa Rosa isn’t as young as Cardinal Newman, but they wouldn’t be called old.   Two leading scorers were both juniors, Kylie Oden who scored 20 and Devin Murray who added 15.   Oden his six three pointers, including five in the first half as Santa Rosa took a 33-10 lead.

Cardinal Newman was coming off a one point win over Montgomery and earlier had to fight Casa Grande into the fourth quarter.   They picked a good time to play its best game of the season and turn heads just in time for the Santa Rosa game.

The timing of the game couldn’t have been better.   It is the one of two times during the league season that the Girls have Friday Night to themselves.   That night is usually reserved for the Boys.

If you are going to the game don’t treat it like a regular girl’s game.   Both these teams have a pretty good following and they played to a near full house last season when the game was at Santa Rosa.

Windsor will try to bounce back with a home game against Ukiah.

Casa Grande will host Montgomery in a game in which the winner will move into the fourth and final spot for the NBL post season tournament.  Both teams are 3-3 in league play with the losses to Cardinal Newman, Santa Rosa, and Windsor.  In this week’s YSN rankings, Casa Grande is No. 3 and Montgomery at No. 4.

Montgomery evened its league record with a 43-25 win over Maria Carrillo.   The Vikings were led on offense by Niambi Saint Louis with 12 points and a defense that held the Pumas to eight first half points.

The SCL game for first place is No. 6 Sonoma Valley at Analy.  Both teams have struggled outside league play, but are a perfect 5-0 in league play.   The closest to them is Petaluma who is 4-2.

There has always been a game this week that had the same thing at stake as the NBL and SCL Girls games.  That was in the NCL II Boys race on Tuesday between Roseland University Prep and Rincon Valley Christian.   Both teams went into the game undefeated in league play and the game was a thriller with Rincon Valley Christian scoring the winning hoop on a basket by Joe Lin with 1.5 left to take a 42-40 home win.

The two teams have to go through the second half before meeting again, which will wrap up the league season.   That game will be on February 14th at Roseland.

There are three games scheduled with the first place teams meeting a team that is one game back.  Two of them have dominated its league up to now and one of those which were scheduled for Friday has been moved to Monday.  That is NCL II matchup between Roseland Prep at St. Vincent.  The St. Vincent Girls have a one game lead over Roseland Prep.  St. Vincent is ranked No. 7 in the YSN365.com rankings, Roseland Prep is No. 9.

In the NCL I Boys race the lead belongs to No. 2 Willits who travels to one loss Kelseyville.  Kelseyville’s league loss is to Cloverdale, who also has one league loss, that being to Willits.

The Girls game is Cloverdale at St. Helena.  The Eagles, who appeared in the YSN365.com rankings for the first time at No. 8, has the one game lead over St. Helena.   St. Helena’s lone league loss was 51-45 to Clear Lake, which is the Cardinals only league win.

The Men are ranked No. 20 in the state and is one game behind first place Cosumnes River who they meet on the road next Tuesday.

Diablo Valley is 15-4 overall and tied for third place in the league race, one game behind SRJC.

The Women are ranked No. 10 in the state and is 5-0 in league play, which is a one game lead over Sierra.

Gretchen Harrigan has dropped to No. 2 in the state in scoring averaging 25.2 a game.  The leader is Jewel Rogers of Contra Costa averaging 25.5