FRIDAY SCOREBOARD: QUITE A PERFORMANCE 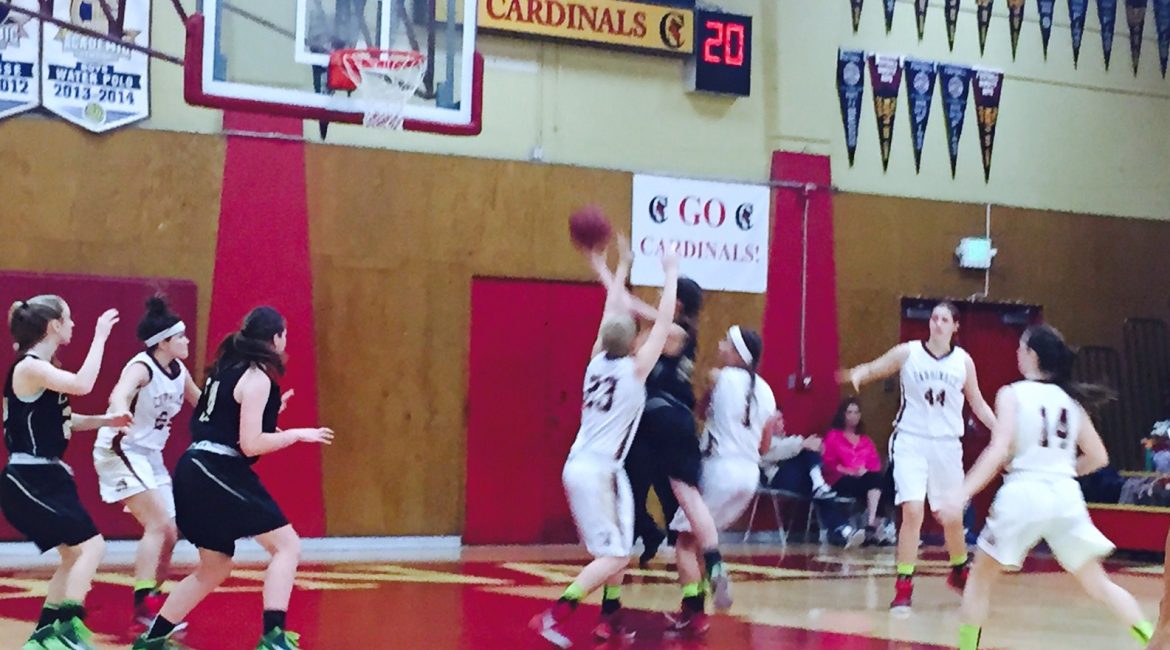 It was what you would call a routine night in the area’s high school basketball world.  There were no major upsets, if any at all and not very many close games.
As for myself, I was planning to go to the Santa Rosa-Montgomery Girls basketball game.  Sometimes things happen and I didn’t get there when I planned.  I did make it by the fourth quarter, which turned out to be the deciding moment of the game (details below).
As I was leaving something was about to happen in the basketball world.  It happened in a higher level than high school basketball.  Actually in this case it was a higher level than the NBA, although it was the NBA.
As I was leaving, my radio was on the Warriors game and they were just starting the third quarter.  The Warriors were having an OMG moment and it wasn’t a good thing.  They were hosting Sacramento and with the Kings record, the Warriors were supposed treat this game like they have most others and that is- get an easy win.  The OMG moment was that they were in a close game.  The Warriors have rapidly set a standard that isn’t easy to compete with.  Not having a double-digit lead by the third quarter is a cause for concern with what this team is doing.


I got home and put the Warriors game on and then saw a real OMG moment.  The Warriors still behind with six minutes left in the third quarter.  Then Klay Thompson went off.  He went off over and over.  He started hitting three pointers and he didn’t stop until the quarter was over.
He hit them from the right, he hit them from on top and he even hit a ridiculous shot from the deep left corner.  He also hit another one from about 35 feet that didn’t count because he was fouled before the shot.  He went to the line and hit two free throws.
The free throws were the last shots of the third quarter.  It was a quarter that the Warriors scored 41 points and when it ended had 24 point lead.  Thompson scored 37 of them which is an NBA record for the most points in a quarter.  He took nine three pointers, he hit nine three pointers.  He also went three for three in a two pointer and the two free throws.  It was an amazing show.
That is the great things about sports.  You never know when you are going to see something special.
That was beyond special.
Now back to your regularly scheduled programming.
FRIDAY SCOREBOARD
BOYS
SONOMA COUNTY LEAGUE
No. 3 Elsie Allen 54 Sonoma Valley 42
No. 4 Piner 57 Healdsburg 29
Petaluma 41 El Molino 34
No. 7 Analy BYE
Jasen Busby keeps rolling with 26 points.  Sonoma Valley tried to be physical with him and that didn’t work out, as Busby hit 15 of 17 from the foul line.  A 16-5 run wiped out an early 15-5 Sonoma Valley lead and Elsie Allen led the rest of the way.  Busby has hit the 20 point mark in five straight and eight of nine to put his average over 20 a game.
Sam Dominico scored 12 of his 14 in the third quarter, as Piner pulled away from Healdsburg.  Piner scored the first 18 points of the third quarter.
Ryan Cox scored 13 as Petaluma jumped out to an early lead and held off El Molino.
LEAGUE OVERVIEW: At the halfway mark there is a three way tie for first between Analy, Elsie Allen and Piner.  Sonoma Valley is two back and in fourth.
NCL I
No. 8 Willits 57 No. 10 Kelseyville 53
No. 9 Cloverdale 53 St. Helena 39
Lower Lake 54 Middletown 51
Fort Bragg at Clear Lake (No report)
A battle for a share of first place turned into quite a battle between Ryan Hosford and Brandon Huber, as Willits held off Kelseyville.  Ryan Hosford hit eight 3’s on his way to a game high 30 points.  Huber hit seven 3’s for his 21.  Kelseyville spent the second half trying to erase a 16 point halftime deficit, but couldn’t get it any closer than four.
In a tight game, Freshman Hokulani Wickard hit four 3’s on his way to a game high 16, as Lower Lake edged Middletown. The biggest spread of the game was seven by Lower Lake.  A layup by Ian Stiles to make it 46-44 with five minutes left and gave Lower Lake the lead for good.
Lower Lake is 3-3 in league play. They haven’t finished .500 in league since 2005.  Four of its six league games have been decided by four points or less. They are 2-2 in those games.
LEAGUE OVERVIEW: Willits and Cloverdale are in a first place tie, one game ahead of Kelseyville.  They play two games before meeting on February 2nd in Willits.
GIRLS
NORTH BAY LEAGUE
No. 1 Cardinal Newman 69 No. 7 Casa Grande 26
No. 2 Santa Rosa 49 Montgomery 31
No. 5 Windsor 49 Maria Carrillo 41
No. 10 Ukiah at Rancho Cotate (No report)

Kylie Kiech hit a milestone as Cardinal Newman defeated Casa Grande.  Kiech scored 14, one of four in double figures.  She has scored over the 1,000 points in her  career and is the first girls player to do that in school history.
WATCH THE VIDEO HIGHLIGHTS HERE
Santa Rosa scored the first fifteen points of the fourth quarter in its win over Montgomery.  Kyle Oden was one of three Panthers in double figures with 17 points.
Jessica Barbosa scored 18, as Windsor won a close game with Maria Carrillo.  The game was tied going into the fourth quarter.
LEAGUE OVERVIEW: Cardinal Newman keeps its one game lead over Santa Rosa. Windsor is in third, one game behind Santa Rosa and Montgomery follows one game behind Windsor.
NCL I
No. 8 Middletown 54 Lower Lake 26
Cloverdale 48 St. Helena 19
Kelseyville 61 Willits 31
Clear Lake 51 Fort Bragg 46
Ashlyn Welton had 31 points and 14 rebounds as Middletown cruised past Lower Lake.  The 31 for Welton is a season high.
Angel Bernardi and Teanne Edens combined for 23 as Cloverdale snapped a two game losing streak, with a win over St. Helena..
Haleigh Meyer scored 19 and 11, Riley Goff 15-15 to lead Kelseyville to a 61-31 win. Kelseyville might be a team to keep an eye on as they start five sophomores.
Taylor Helms hit for 20 in the only close game of the night in the league, as Clear Lake held off Fort Bragg.
LEAGUE OVERVIEW: Middletown has a one game lead over four teams who are tied for second.
My email address is jacpasquini @comcast.net
Now also you can follow me at twitter @homer2612
klay thomspon,kylie kiech
Share