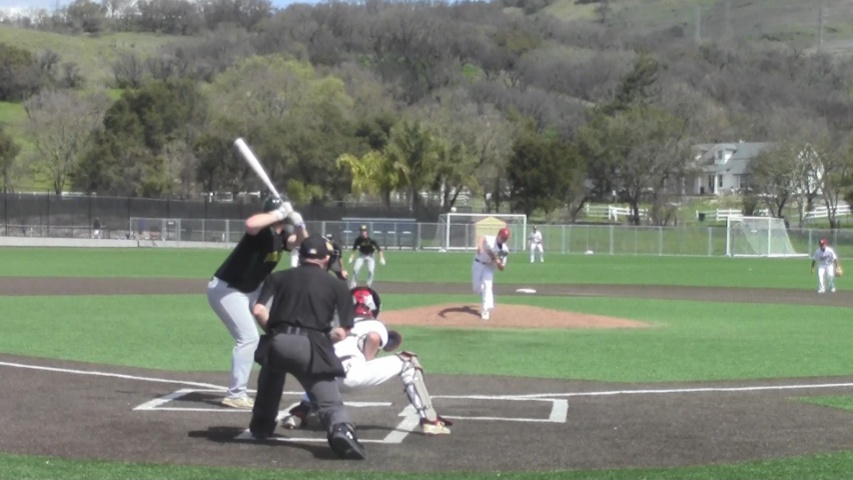 We take a look at some of the best up and coming young baseball players in the North Bay. Unfortunatley, we had to limit the amount of players due to access to stats that some teams gave.

Crawford is a dual threat for the Cardinals, and was poised to lead them to a big year. Newman was off to a 4-1 start before the Covid-19 shutdown. As a sophomore, Crawford hit .324, and drove in 12 runs. On the mound, he was dominant, striking out 30 batters in 26 innings, to the tune of a 3-2 record, with a 1.35 ERA and a pair of saves. In an outing on April 10, 2019 vs Montgomery, he threw 4 innings, allowing three hits, and striking out five. On April 18, 2019, he hurled a complete game, allowing just two hits, and no earned runs, while striking out 7 in a 4-1 win over Davis. His travel baseball experience headlines him as the shortstop for Nor Cal. Crawford verbally committed to California after his freshman season. He will follow in the footsteps of Maria Carrillo grad Andrew Vaughn, who also prepped at Cal and was the third overall pick by the Chicago White Sox in last year’s draft.

Brown was off to a hot start, leading his Petaluma Trojans to a 4-0 start, including a season opening win over Redwood. The baseball gene runs in the family as his brother, Sam, a senior at Petaluma is a Portland University commit. Brown hit .400 with six runs scored, and two home runs. In a wild 13-7 win over Drake, Brown went 3-5, with a HR. He is a sophomore with still two years to play, but it did not stop him from committing to California to join Crawford as the two Sonoma County residents to take their talents to the East Bay. Brown is a regular on the USA National team, as is his brother.

Even though Weaver was off to a slow start for D5 Sonoma Academy in four games, there’s no question he is one of the top young talents that will be on the diamond the next few years for people to watch out for. As a freshman last season, he was the team’s leading hitter at .438 as the Coyotes scored the fourth most runs in division 5 last season. As the teams second starter last season, he was terrific. He struck out 21 batters in 21 innings, while recording great outings vs Archbiship Hanna, Technology and Upper Lake. Be on the lookout for Weaver to lead Sonoma Academy in the next few years, who could be one of the favorites to win the NCL II next season.

Moran, who also stars on the football field was Mr. Consistency for Newman this year before the shutdown. In five games, he was hitting .533, with 5 RBI, 4 doubles, and a 1.300 OPS. In the final game, a March 13 date with Rancho Cotate, he recorded three hits, two of them doubles, a pair of RBI, a run scored, and a stolen base in a 13-1 win. Last year, he hit .397, and drew 25 walks in 27 games played. Moran committed to Long Beach State, last July.

Schmidt only played one game for Marin Catholic this season, but it was a memorable one. After being pulled up from JV, in his first varsity at bat, he hit a home run that started the 14-4 rout of Drake for their lone win of the season. He would score two runs and drive in two RBI to finish off a solid performance. Schmidt is a Prospect Wire All American, and at the Perfect Game combine, his exit velocity topped out at 84 MPH, which is the 91 percentile in his class around the country. We didn’t get to see him on the mound at Marin Catholic this season, but in the PG showcase, his fastball topped off at 81 MPH, good for the 93 percentile in his class. Schmidt is a University of Oregon commit.

Cohen was coming off of a fantastic season for the Giants last season. He hit .356 with 16 RBI, and a Home Run. On the mound, he was equally as impressive, striking out 27 batters in 35 innings pitched, and throwing to a 2.80 ERA. In the seven games Redwood got in before the shutdown, they went 5-2, much of it due to his .364 average and .872 OPS. In their season opening 6-5 win over Montgomery, he recorded two hits and an RBI.

If you have a player that should be on here, leave a comment below!