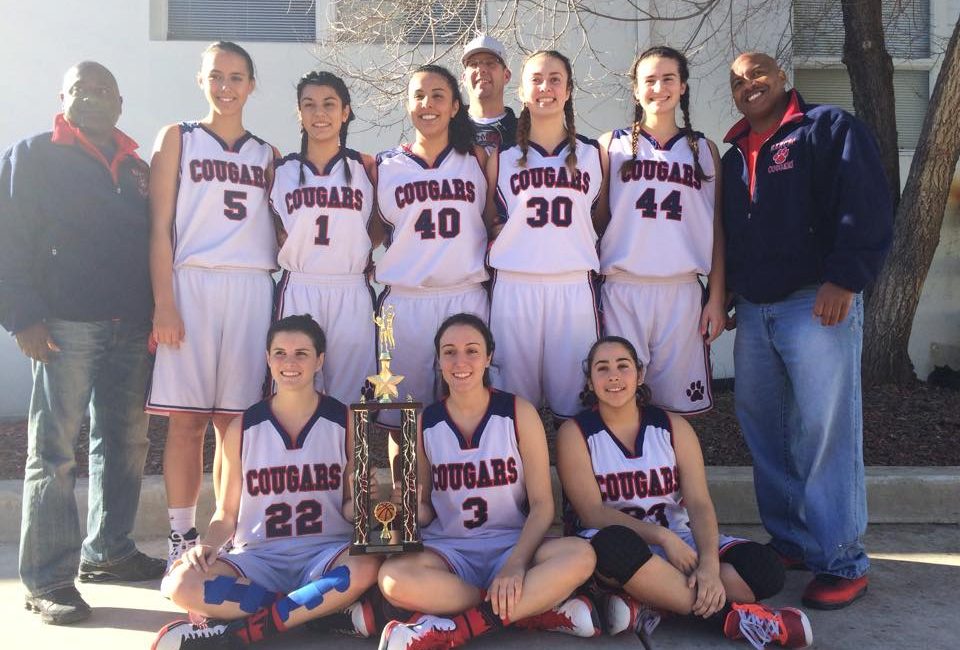 With the league races beginning and despite a bad tournament showing, there is no change at the top in the Girls Rankings.
No. 1 Cardinal Newman (7-5) (Last Week No. 1)…After losing three in the West Coast Jamboree they get a big time mulligan that keeps them No. 1.  They ended pre-league play with an impressive win over Bradshaw Christian.  Will be No. 1 until someone locally proves they are not.
No. 2 Santa Rosa (7-5) (2)…Survived two weeks without leading scorer Devon Murray.  She returned Saturday in win over Heritage and scored 18 and pulled down 8 rebounds.  This team might be closer to Cardinal Newman than first thought.  Before they worry about that though, they have five games to start NBL play.

No. 3 Sonoma Valley (8-4) (5)…Had a five game winning streak snapped by Tamalpais on Saturday, that will hurt come playoff seeding time.  They have played a good schedule, but like Tamalpais is in Division 3 and that head to head thing usually comes back to bite.
No. 4 Casa Grande (7-4) (3)…Has shown enough to make people think they will be a good team although a 70-44 loss to Clayton Valley Charter on Saturday was disappointing.  How much of contender?  Might see Tuesday when they start NBL play with home game against Santa Rosa.
No. 5 Petaluma (8-4) (6)…After a slow start under a new coach, the Trojans have won five of six.  As usual will be a contender in the SCL race.  Slow start including big loss to Casa Grande cost them in rankings.
No. 6 Ukiah (7-3) (4)…Slowed down after a 6-0 start.  It was a bad break to play the eventual champion in first round of West Coast Jamboree.  Split two games after that.
No. 7 Windsor (6-4)(9)…As you would expect with four freshman starters, they got off to a slow start.  They have won four of six with the losses to teams with a combined record of 19-4.  It’s a team to keep an eye on.
No. 8 Analy (6-6) (8)…The up and down start to the season ended with a third place finish in its bracket of the West Coast Jamboree.  Jumps right into league race with trip to Sonoma Valley.
No. 9 Middletown (7-5) (7)…Momentum of good start to season slowed by two losses. One to Casa Grande and the other to Oceana a Division 4 team from the Central Coast who are 8-1. Look like NCL I favorite.
No. 10 Rancho Cotate (5-4)(NR)…A big moment for a program that hasn’t had many lately. End the pre-league part of the season by winning a tournament in Lower Lake.


BY POWER RANKINGS
No. 1 Cardinal Newman
No. 2 Sonoma Valley
No. 3 Casa Grande
No. 4 Ukiah
No. 5 Santa Rosa
No. 6 Upper Lake
No. 7 Petaluma
No. 8 Windsor
No. 9 Middletown
No.10 Sonoma Academy
PLAYER OF THE WEEK
Jessica Barbosa, Windsor…The only starter that isn’t a senior had a monster 27 point, 23 rebound game in a 50-35 win over Amador Valley. The performance was in the consolation game in the West Coast Jamboree. She averaged 17 points and 15 rebounds in the tournament. On the season she is averaging 16 points and ten rebounds.
My email address is jacpasquini@comcast.net
girls rankings,ysn365.com
Share