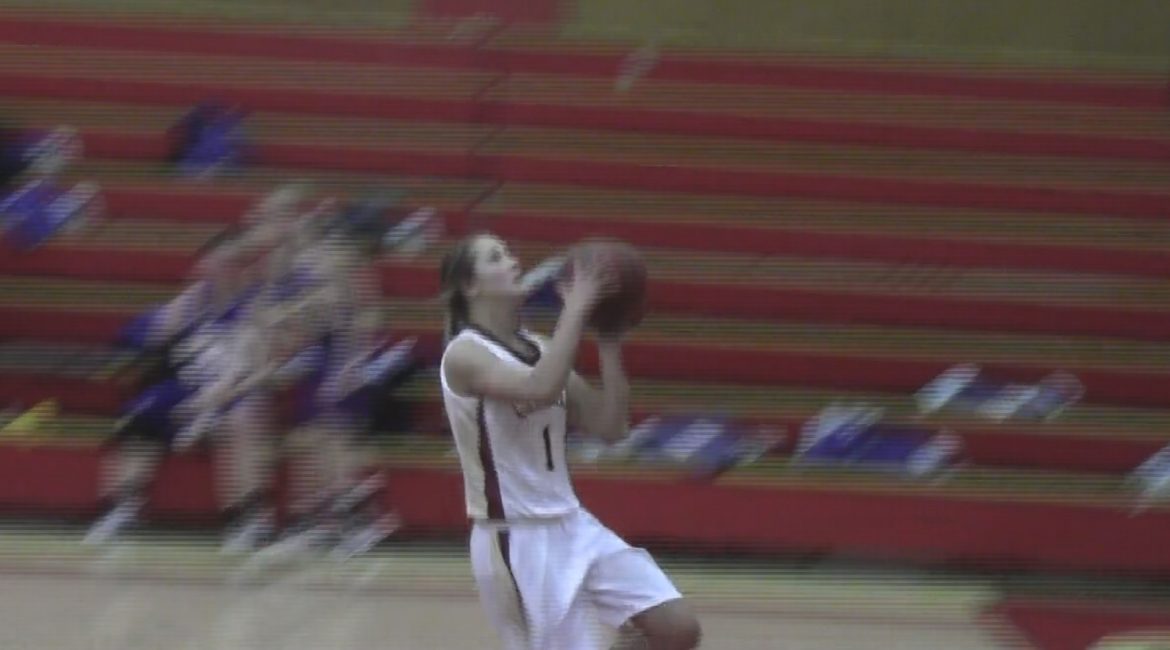 The way the high school basketball schedule has worked out is that in the second North Bay League Girls game of the season, the two teams that are at the top of the first YSN365.com Weekly Rankings will meet.

It wasn’t set up that way …promise.

The game is Thursday Night when No. 2 Windsor travels to No. 1 Santa Rosa. Both teams took one sided wins in their league openers to set up the early league showdown.

On the outside looking in, one might think the one sided win by Santa Rosa over Montgomery was a surprise.  A big crowd showed up at the Viking Dome to see what over the past few years has been the best Girls rivalry in the area.  What they saw instead was an up-close look on how good Santa Rosa is.

Before Montgomery scored over three minutes into the game, Santa Rosa had an 11-0 lead.  The closest Montgomery would get the rest of the way was nine, the last time at the end of one 19-10.  The Panthers then scored eight straight to start the second quarter to take full control.

Where to start when talking about Santa Rosa is as hard as it is to play them.

A starting point could be reining NBL Co-Player of the Year Katie Daly who runs the show. Against Montgomery she had her usual solid game with 10 points, seven assists and five steals, which is not too far off her average for the season.

Daly must feel like a kid on Christmas Morning looking under the tree when thinking about the options she has on this team.

She can go to several players who can hit the three.  The most belong to  Junior Kylie Odom who is shooting 42% from that range on the season.  Against Montgomery she hit her first three of the four during the 11-0 start.  She ended with 13 points and is one of four Panthers who are averaging double figures in scoring on the season.

Then there are the twin towers, 6’ 4” Morgan Bertsch and 6’ 2” Devin Murray who are the other two.

Bertsch had a triple double with 20 points, 19 rebounds and eleven block shots.   She is averaging over 16 points, 12 rebounds and five blocks a game.

Murray chipped in with 12 points, which means her averaged dropped to 15.3 a game.  She has hit the 20 point mark three times this season.

The final was 70-45 and gives the Panthers, who are the defending NBL regular season defending champions, a 10-1 record.

Windsor is 10-2 after a 61-38 win over Rancho Cotate.  The Jaguar’s also got off to a big start, jumping out to a double digit lead in the first quarter and never looked back.   They have a dynamic duo of their own in Kerianne Noonan and Jessica Barbosa who combined for 28 points, Noonan scoring 17.

Also on the Thursday schedule are the next two ranked teams meeting with No. 4 Cardinal Newman at No. 3 Casa Grande.  Both teams won their league opener.

Cardinal Newman jumped out to an 11 point first quarter lead in a 68-49 win over No. 5 Ukiah.  The Cardinals lead was nine going into the fourth quarte.  Then they held Ukiah to four points.   Kylie Kiech led the way with 21 points.

Casa Grande was the only one of the four that didn’t get off to a good start, trailing Maria Carrillo 12-8 after one.   Brooke Santander scored 11 of her 14 points in the second half. That was all that Maria Carrillo scored.

What this means is two games into the league race, there will be a two way tie for first place.

SHE DID IT AGAIN

The SRJC basketball teams opened conference play and it began with another big night for Casa Grande Graduate Gretchen Harrigan.   Nine days after putting up 41, she scored 39 as SRJC rallied from seven down in the first half to defeat Modesto 56-49.

Harrigan outscored Modesto 28-23 in the second half.  Modesto went into the second half with a seven point lead and still led 36-30 when Harrigan scored nine straight points to give the Bear Cubs the lead for good.  That started an eight minute streak that Modesto was held scoreless.

Harrigan was 14 of 20 from the field and hit 11 of 17 free throws.  She also had ten rebounds and on the season she is averaging 26 points a game and nine rebounds.  Her 26 point average is the best in the state.

The SRJC Men also got their opening conference win over Modesto 72-66.

The two teams will have their first conference home game Friday night against San Joaquin Delta.  The Women’s game starts at 5:30, the Men to follow.