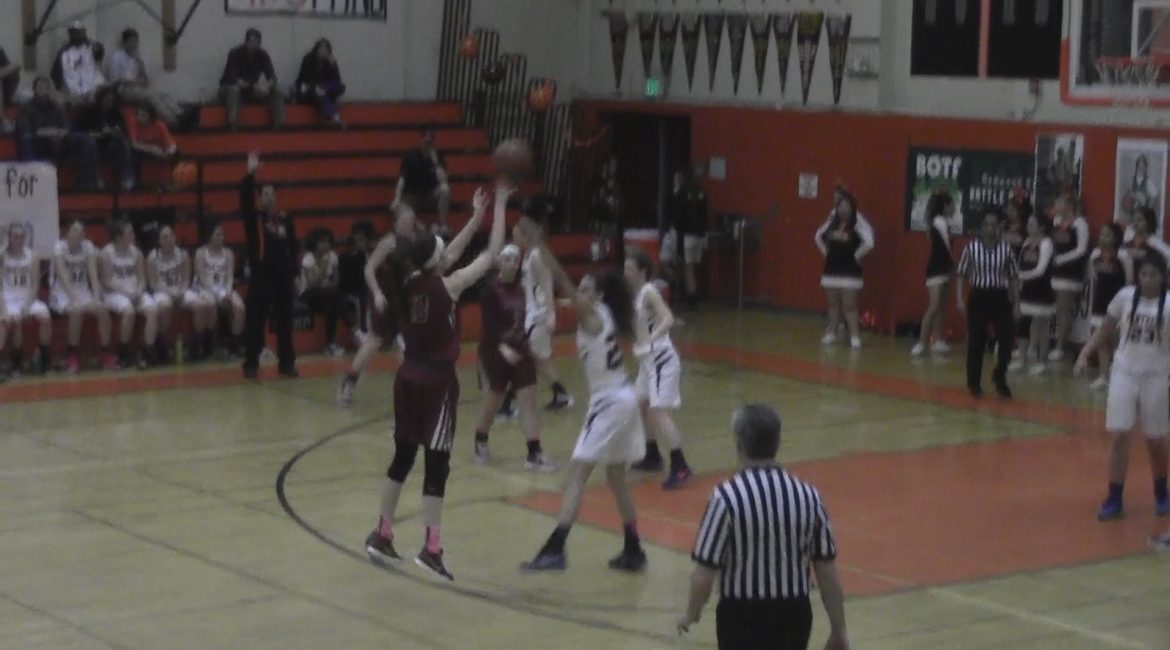 With very few games left and the NBL and SCL done with the regular season, this will be the last rankings of the season. For the rest of the season, when you see numbers by the team names, it will be for seeding purposes.
This has been a challenging year outside No. 1. No. 2 to a least No. 6 can be thrown in almost any order.
Congratulations to Cardinal Newman for being the No. 1 team in the area for the second straight season.


No. 1 Cardinal Newman (22-4) (Last Week No. 1)…They wrap up the North Bay League with better numbers than they did last season. Avery Cargill another big week with an average of 15 points and five assists and four steals in a two win week. Hailey Vice-Neat scored 20 in a 71-39 win at Santa Rosa.
No. 2 Sonoma Valley (18-8) (2)…Snuck into the rankings at No. 10 a month ago and has made it this far. They dug out from a 1-4 start, which included a 13 point loss to Montgomery. They end the season with a 11 game winning streak and a shared SCL Championship.
No. 3 Middletown (20-5) (5)…Came up with a clutch second half to defeat Kelseyville 55-45. It is their second straight 20 win season after winning 19 in 2014. This is a program that twice during the Max Prep era had three year runs in which they didn’t win 20 games combined. A win at Willits on Tuesday  would give them their second straight 13-1 NCL I season.
No. 4 Analy (16-10) (4)…They appeared in the Top Ten for the first time the same week Sonoma Valley did at No. 7 and also started 1-4. They are here because Sonoma Valley won the last head to head matchup. The two teams split the season series and the SCL championship. A chance they will be meeting again this week.
No. 5 Santa Rosa (16-10) (6)…They finished second in the NBL race with a 10-4 record with two of the four losses to Cardinal Newman. Junior Emily Codding ended the season averaging a double-double scoring 18.1 a game and pulling down 14.2 rebounds.
No. 6 Kelseyville (21-4) (3)…The NCL I is similar to the SCL that the two top teams split and the top team in these rankings won the last game. It is also similar because the two could meet again this week in the league post season championship tournament.
No.7 Montgomery (18-8) (7)…One of the most solid programs in the area has its best record in three season. Add to it the JV team went undefeated and the freshman team went 19-4. Sophomore Shayla Newman also averaged a double-double with 15.1 and 11.6 a game. The future looks promising.
No. 8 Ukiah (15-10) (9)… They started league play 1-3 and ended winning eight of ten, which included ending the league season with a three game winning streak. They are in the North Bay League Post Season Tournament for the first time since 2009.
No. 9 Healdsburg (20-6) (10)…Won two out of three to give them their first twenty win season since 2007. Could be thinking about what could have been. In the first half, they had an OT loss to Analy and a four point loss to Sonoma Valley.
No. 10 Sonoma Academy (20-2) (8)…This is a pick to represent the NCL II after a remarkable week in which Sonoma Academy dropped its first league game and then won a two point game over Upper Lake.
PLAYER OF THE WEEK
Claire Howard (Maria Carrillo)…Averaged 23.5 in a 1-1 week. She scored 27 in a 62-49 win over Windsor. She has hit the twenty point mark in three of four games. This isn’t her main sport. She was goalie for the NCS Section Champion Girls soccer team. She has signed a letter of intent to go to Montana.
LEAGUE RECAPS
NORTH BAY LEAGUE
Cardinal Newman wins its third straight NBL championship and second outright. They now have won 35 straight NBL games and if you include the Post Season Tournament, the streak would be 39.
POST SEASON TOURNAMENT FIRST ROUND (TUESDAY)
No. 4 Montgomery at No. 1 Cardinal Newman
No. 3 Ukiah at No. 2 Santa Rosa
SONOMA COUNTY LEAGUE
Sonoma Valley and Analy ends in a tie for first in league race.
Very much worth noting is that Piner ends the regular season 11-11. It is the first time in the Max Preps era that they finished .500. Actually it might be the first time ever.
POST SEASON TOURNAMENT FIRST ROUND (TRYING TO CONFIRM WHEN)
No. 4 Healdsburg at No. 1 Analy
No. 3 Petaluma at No. 2 Sonoma Valley
NCL I
Middletown and Kelseyville are both huge favorites to win on Tuesday and end league play 13-1. If that  happens Middletown wins the tie-breaker and will be the No. 1 seed in the post season tournament, which is next weekend at Mendocino College.
The other two teams in the tournament will be No. 3 Cloverdale and No. 4 Clear Lake.
NCL II
There is no league tournament here.
Sonoma Academy is 11-1 in league with St. Vincent in second at 9-2.
Two wins will give Sonoma Academy their second straight 13-1 league season.
St. Vincent ends the regular season with three games in four days.
NCL III
Mendocino ends the league season 12-0 and wins it first title since 2008. This is another comeback story. In 2011 and 2012 they won one league game each season and a combined five wins overall.
SMALL SCHOOL BRIDGE
It appears El Sobrante Christian has a one game lead over Rio Lindo Academy with one week to go. This league doesn’t update its standings very well, at least a couple of the teams don’t.
Rio Lindo Academy has won five straight since a loss to El Sobrante Christian. They do update their page. Senior Gabby Lau is their leading scorer averaging 11.7 a game.
My email address is jacpasquini@comcast.net
Share