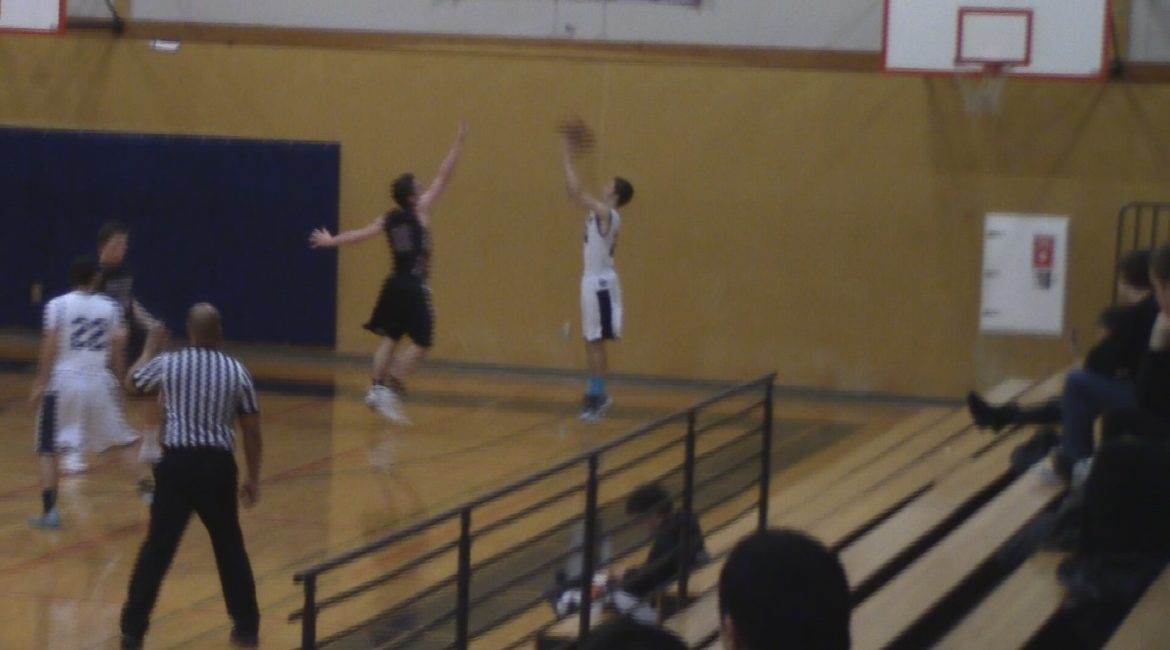 This is a big week for the SRJC teams.

Considering where we are at in the league races, every week is big now, but some weeks are bigger than others.

That is certainly the case for the SRJC Women, who if things go right, will have full control of the Big 8 race when the week ends.

You could make a case that they have full control now with a two game lead and six games to go.  The two games lead is over San Joaquin Delta and Sierra who they go on the road to play this week.

On Tuesday it’s at No. 10 San Joaquin Delta and on Friday at No. 8 Sierra.

It is also a big week for the SRJC Men because of where they are in the standings, which is one game behind first place Cosumnes River.   SRJC does host them to end the regular season on January 21st, but there are five games between now and then.

The SRJC Men are 13-8 overall and 6-2 in league play, which is one game ahead of San Joaquin Delta for second place in the Big 8 race.

The Sonoma County League Post Season tournament championship game has been moved from SRJC. This year, both the Boys and Girls championship games will be held at the home of the highest seed.

The Boys Championship Game will be on Thursday February 20th.  The Girls will be the next night.

This adds to the boys race.   Right now Analy has a one game lead over Piner and the two teams meet February 13th.   If they win out, that will decide the No. 1 seed for the post season tournament because Piner has the tie-breaker advantage because of numbers drawn at the beginning of the year.

The first round for the Boys will be on Tuesday February 18th.   The Girls first round games are the next night.

On the Girls side Analy has a two game lead in the league race.   It appears Petaluma and Sonoma Valley will be meeting each other in the first round.   Sonoma Valley would get the home game if the two teams tie for second.

The North Bay League Post Season tournament will be as normal.

The Girls first round is on Tuesday February 18th with the Boys the next night.

Championship night will be at SRJC on Saturday February 22nd.  The Girls game will start at 6:30.  The Boys scheduled start is 8:15.

There are a couple of local teams that aren’t in the NBL, SCL or NCL world. Because of time, they haven’t got the attention that they deserve.

The teams are in the Small School Bridge League. There are 11 teams in the league, which spreads to the East Bay.  Travel wise it is the basketball version of the football league NCL II/Bay League which has been terminated to the NCL II.

The league on the Boys side is the lowest rated league in the North Coast Section.     There is no rating system that I have found like that for the Girls.

Two teams have caught my attention and has made the No. 10 spot in both the Boys and Girls rankings.

No. 5 Piner (13-8) (6)…Last four wins all by double figures. Not an easy week with Sonoma Valley and Elsie Allen on the schedule.

No. 6 Cardinal Newman (12-8) (7)…Two nice wins including one at Casa Grande. They are one win away from setting up a revenge game with Maria Carrillo.   The revenge part if for the 30 plus point loss the first time the teams met.  Also the winner will stay within reaching distance of Montgomery.   That is if all three win on Tuesday.

No. 7 Ukiah (14-6) (3)…Second home one sided league loss, the latest to Maria Carrillo. They don’t have to worry about that this week with both games on the road.

No. 8 Elsie Allen (15-7) (10)…They are having foundation season that is missing headline win.   Have two shots this week against Piner and Analy.

No. 9 Rincon Valley Christian (16-6) (NR)…Nine game winning streak keeps them one game up in the NCL II race.

No.10 Archbishop Hanna (15-4) (NR)…The Sonoma School lost three of the four games by nine points or less.  Only league loss was a two point decision to team they are tied for first place with.  Junior Armani Perry averaging 17.9 a game, has scored in double figures in every game but opener.

No. 1 Santa Rosa (21-1) (1)…Might have been sick and injured and everything else to go with it, but keep on winning.   It’s getting that time of year.  Senior night is Friday against Ukiah.

No. 2 Cardinal Newman (16-6) (2)…The countdown is now three until the rematch with Santa Rosa. It isn’t an easy countdown with Montgomery and Windsor the games before.

No. 5 Montgomery (12-10) (6)…This isn’t the same team as last month.   How much they have improved is going to be tested with Windsor and Cardinal Newman next.

No. 6 Casa Grande (12-9) (4)…Hasn’t been able to beat one of the top three of NBL.  Whether or not they make the NBL post season tournament might come down to final game against Montgomery.

No. 7 Analy (13-9) (7)…Has won five straight and on the verge on wrapping up SCL regular season championship.

No. 8 Cloverdale (13-7) (8)…After a slow start, they look more like a Cloverdale team.   Have an eight game winning streak and two game lead in NCL I race.

No. 9 Roseland University Prep (14-5) (9)…Not being able to defeat St. Vincent cost them being in NCL II title hunt.