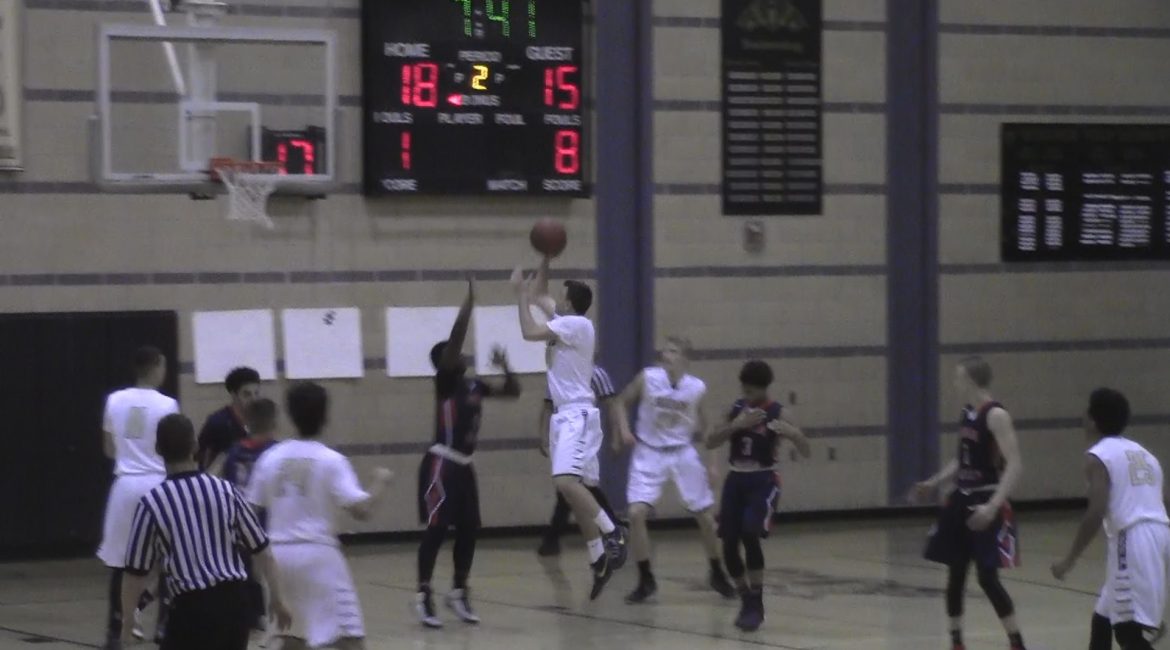 The holiday tournament season is over. There are a couple more games left, but mostly now it will be league play, which starts next week.
It was a pretty good week for local teams.


THAT IS MORE LIKE IT
Nothing will hurt the theme of a tournament more than if the home team does poorly. Last year Windsor lost all three games in its own tournament. That was the rallying point for this year’s tournament.
The tournament is six years old and last season was the first time Windsor lost in the first round, let alone losing all three. Things got back to normal this time as Windsor went all the way to the Championship Game, before losing a tough one to Dublin in Overtime 70-65. WATCH VIDEO HERE
Had Windsor won the overtime game, Gabe Knight probably would have been Most Valuable Player of the tournament. He averaged 21 points a game, which included 29 in the semi-final game against Arroyo. Knight settled for the All-Tourney Team, as did teammate Parker Canaday who scored in double figures in all three games.
Windsor is still looking to win its own tournament for the first time. It was the third time they made it to the championship game.
Windsor is 8-3 and will host Las Lomas on Saturday before starting NBL play at Ukiah on Wednesday January 6th. With both teams in Division 2, the game against Las Lomas could have some bearing come NCS playoff seeding time. Las Lomas is also 8-3 on the season and finished second in the Sonoma County Classic losing to Cardinal Newman in the championship game.
While Windsor didn’t let the pattern of its tournament go to long, Analy’s performance in the tournament was familiar. Just like in the Brett Callan Memorial Tournament, the Tigers lost the first game and then won the next two to get the Consolation Trophy. Analy, who is 9-3, has one more Non-League game on Saturday at Acalanes. Their first SCL game is at Sonoma Valley.
ANOTHER TURNAROUND
This one was a faster turnaround and it belonged to Cardinal Newman. The Cardinal Newman football season wasn’t good to the Cardinal Newman basketball team. Two major injuries during the football season are still having an effect on the basketball season.
In the Brett Callan Memorial Tournament the effects showed as they lost two of three, losing to Petaluma and Analy. They followed that up with a loss to Marin Catholic to make their record a very un-Cardinal Newman like 4-5. But give head coach Tom Bonfigli time and if there is a combination to be found, he will find it.
He found it.
Cardinal Newman won the Sonoma County Classic in impressive fashion. The opening round win over Eureka was expected, but the one sided win over Cloverdale wasn’t and the championship game win over Las Lomas was an upset.
The way Cardinal Newman did it has to have opponents a little concerned. They had a different leading scorer each night. In the 64-56 win over Las Lomas they had four score in double figures. The player of the tournament was a tough choice and went to Seth Doolittle who averaged eight points a game.
Cardinal Newman jumps into NBL play on Wednesday when they host Montgomery.
A WIN
Both Rancho Cotate and Eureka went into the Sonoma County Classic winless. It was still that way going into the last night as the teams played for seventh place. Jackson O’ Neil and Alec Wong each scored 14 points as Rancho Cotate got the 53-48 win.
It was Rancho Cotate’s first win since January 4th, 2014, when they defeated Healdsburg 56-38. That was also the seventh place game of the Sonoma County Classic. The win snapped a 51 game losing streak.

WEST COAST JAMBOREE GIRLS OVERVIEW
In total there are 16 different brackets and 128 teams in the West Coast Jamboree at ten different high schools. Most high schools hosted eight games a day, with the first game beginning at 9 am and the last ending well past 9 pm.
The brackets were named after rocks. Some of them were expensive rocks like Gold or Diamond. Others were named after not so well known like Amethyst.
Overall the local teams went 25-17, which included three head to head matchups. Last year the local teams were 15-18 and one championship.
Like last year there was one local team that won a championship and like last year it came from the NCL I. Last season it was it was Willits, this season it was St. Helena who edged Point Arena 32-30.
Willits and St. Helena being in the same league isn’t the only thing they had in common before winning a
WCJ championship. Both had similar starts to the season. Willits went into last year’s tournament 1-7. St. Helena went into this year’s 0-6.
The tournament tries to match teams up who are at the same level. That has worked out well for those two NCL I schools.
There were fourteen local teams, with eleven winning at least two games. Those teams all brought some kind of trophy home.
One of the three teams that didn’t go at least 2-1 was No. 1 Cardinal Newman, who lost leads in each of their first two games before winning its final game to raise its record to 7-3.
There were five other teams in the tournament they were in the YSN365.com first top ten and all of the rest won two of three. No. 2 and 3 Montgomery and Windsor lost the opener and then won the next two to take the consolation in its bracket. No. 5 and 6 Middletown and Santa Rosa won its first two before losing in the championship game and No. 7 Cloverdale lost the middle game and took third place.
THAT OTHER TOURNAMENT
The third tournament in the area was hosted by El Molino and was won by Healdsburg. Junior Juan Aguilar was named player of the tournament. He had a double-double in each game averaging 15 in each scoring and rebounding. His best game was in the opening round when he scored 19 and pulled down 14 rebounds in a 49-38 win over Justin Siena.
Healdsburg is now 7-3 on the season. The seven wins equals how many they had all of last season.
My email address is jacpasquini@comcast.net