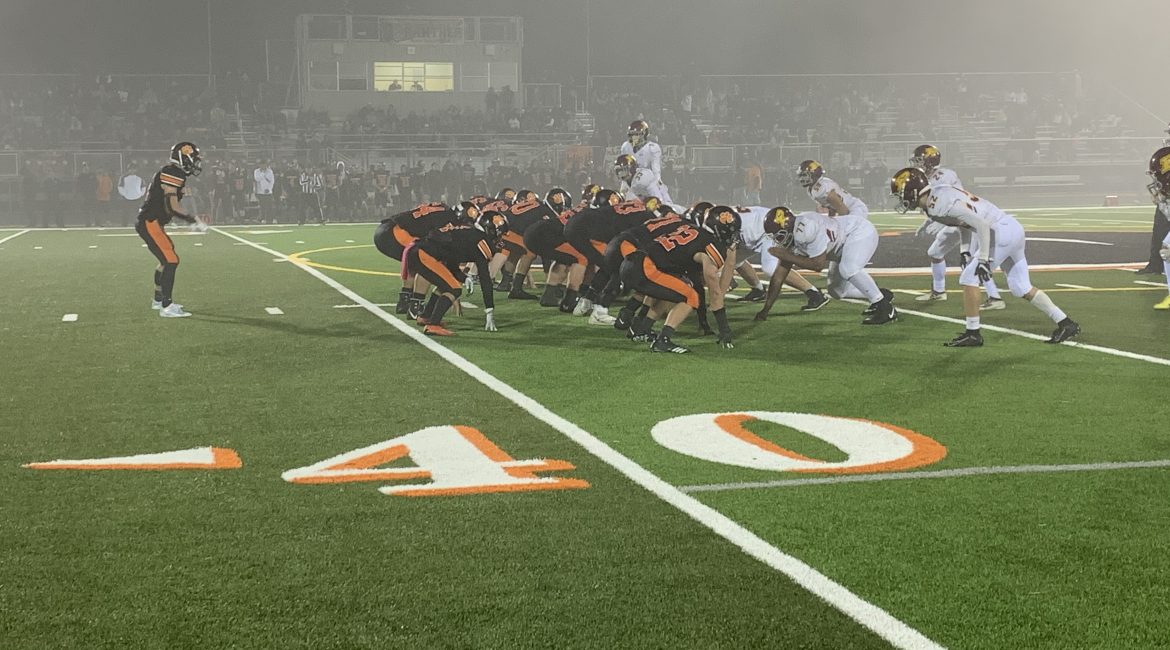 What a football season it was in Sonoma County. Not only did we have some of the best teams in our local school’s history, but we had two teams compete for a state championship. An unprecedented event with two schools hosting state championship games just 14 miles apart. Pretty incredible.

Cardinal Newman played in their third state championship in school history. In 2006 and in the first year the CIF re-established state championships in football, they fell to Southern California powerhouse Oaks Christian in Westlake Village 27-20 in overtime in Carson. They returned to Carson for the 2008 state title game and fell to St Bonaventure, who was ranked 22 in the nation that year. In 2010 Newman went 11-3 and won their 11th North Coast Section title, but weren’t selected for a State Bowl Game.

It was somewhat of a magical run for Cardinal Newman in 2019. After starting the season with a 38-0 win over Fortuna at Rec Park in Healdsburg, they went on the road for three straight games against very worthy opponents. It started with going on the road to Sutter, and they took down the Huskies 21-7. The next week was in Auburn at Placer. This back and forth tilt went down to the final whistle, with under a minute left, Cardinal Newman scoring and converting a 2-point PAT to win 30-27. Finally, the last game of the 3 game gauntlet was at Freedom HS against Liberty, who would be the third ranked team in the NCS this year, and fell 17-13. After that game, you could tell that Cardinal Newman had a chance to be a special team with state championship aspirations. In their most exciting game of the season, they downed rival Marin Catholic 13-10 on an Ethan Kollenborn 34 yard field goal as time expired for the NCS crown. They dispatched Los Gatos 42-7 in the Nor Cal title game, before taking down El Camino 31-14 for the state championship.

You could say Rancho Cotate had a miraculous run to the state title game. After they fell back to back weeks to Campolindo and Cardinal Newman, many thought that the Cougars may not be a big threat come playoff time. They proved those people wrong by winning their next 8 straight games. In the first round of the NCS playoffs, they were trailing Windsor almost the entire game. A couple of big defensive plays late got them to the NCS Semi Finals with a 38-33 victory. After their 6th year in a row in the Semi Finals, they finally won one, defeating Benicia 40-28 to finally get them to the elusive NCS Championship game. When they got there, they had Oregon State commit Isiah Newell and top seed Las Lomas in their way. An incredible defensive effort, tallied with just enough offense, and one ginormous interception late in the game propelled them to their first NCS championship since 2002 with a 7-0 win.

Then came the Nor Cal playoffs. The Cougars were new to playing this deep into the season, but they sure didn’t look like it. They traveled to Sierra High School in Manteca on a cold rainy night. The mud bowl ended in a 10-0 Rancho Cotate win and they had won their first Nor Cal championship. Two straight shutouts against two of the best teams in Northern California.

I’m going to stop there, because I am going to take the advice that Rancho Cotate head coach Gehrig Hotaling gave to his players after Saturday’s State Championship game against Bakersfield Christian.

“Celebrate what we did this season. NCS champs, & Northern California Champs. You’re all Cougars for life.”

Although I am not a Cougar, you get the idea.

Cardinal Newman and Rancho Cotate weren’t the only ones giving us highlights this season. Piner came out of nowhere to dominate their first 9 games, allowing only 28 points. They won their first NCS playoff game since 2013, a 41-36 win over Tamalpais and made the NCS Semi Finals.

Santa Rosa also came out of nowhere to win the NBL-Redwood championship. The Panthers started the season 0-5, but then won four straight games, including a 50-44 overtime win over El Molino, and then clinched the title by defeating Piner in an all time classic 31-27 in what will be known as a Fog Bowl.

In the Vine Valley Athletic League, we saw the re-emergence of Napa. Coming off an 0-10 2018 season, they bounced back with a 7-4 record, and came just 30 seconds shy of beating Vintage for the VVAL championship before falling 26-20.

After four months of High School Football, with two local teams (in the same league for that matter), hosting State Championship games gave us one of the most exciting seasons in Sonoma County ever. Will we ever see another season like this again?

Top 5 games of the year:

You can put these in any order you wish, but evidently, the 8 games listed are a few of the best games of the year, no matter the order you put them in.