Jason Lane headed back to the Majors 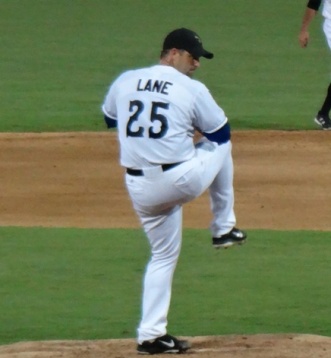 The Padres have announced that they have selected LHP Jason Lane from Triple-A El Paso. Lane, 37, will be making his first big league appearance since the 2007 season with the Padres, when he was an outfielder. His first outing will be his first career game as a pitcher. Lane owns a career Independent and Minor League record of 26-15 with a 3.88 ERA in 85 games.
The team also announced that LHP Eric Stults has been placed on the bereavement list and the Padres officially recalled Jesse Hahn from Double-A San Antonio, who is scheduled to start tonight’s game and make his Major League debut.
In a corresponding move, the club also optioned RHP Donn Roach to Triple-A El Pa
Share