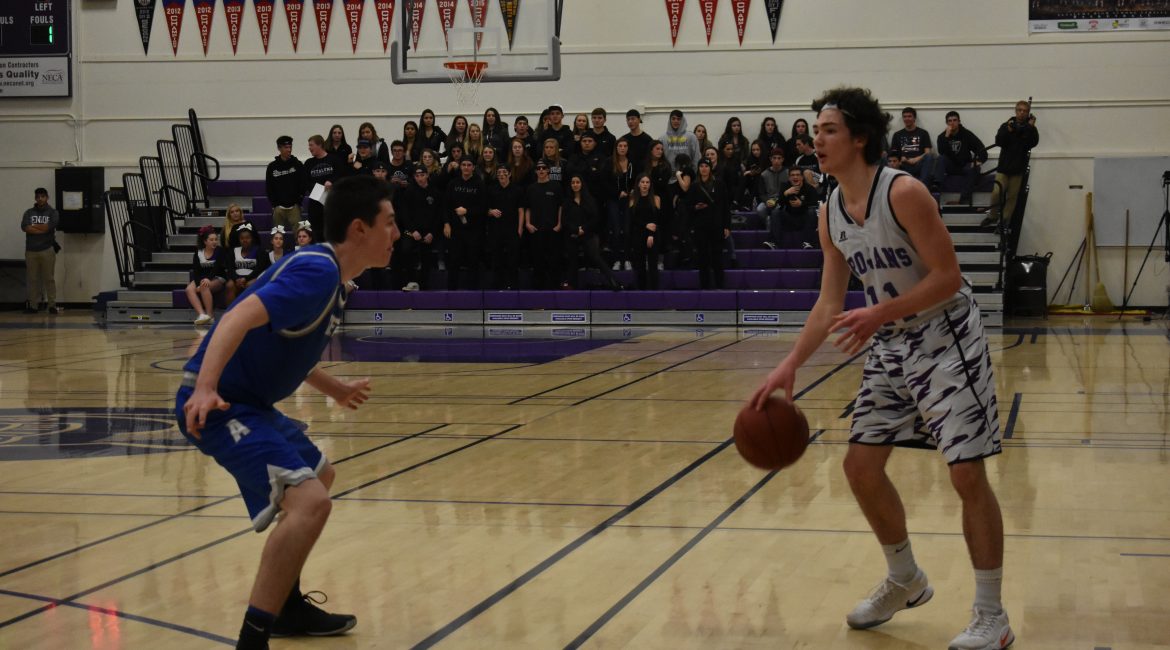 High School Basketball is now in playoff mode. The NBL and SCL Tournaments are this week. Here’s a preview of what to expect.
Sonoma County League
Piner heads to Analy in a first round game. Analy took both regular season games, by four at Piner and by 13 at Analy. Piner will be without point guard Scott Erickson who tore his ACL last week. Dom Tripodi and Aidan Toner Rogers will hope to lead Analy back to the SCL Finals for a second straight year. The Tigers just completed an undefeated SCL season and will look to win their first SCL Tournament Championship since 2014.
Petaluma will travel to Healdsburg Wednesday Night in what could be the better games of the night. The teams split the regular season games, with Healdsburg winning 53-48 @ Healdsburg and the Trojans winning 60-53 at Petaluma. Landon Courtman and Brendan O’Neill will be a great matchup as the two stars of their teams will look to lead their teams to a victory. Joey Potts will also be a big factor for Petaluma. If he can get going, the Trojans will be hard to beat. Petaluma is the defending SCL Tournament champions. If you remember last year, the beat Analy in a 27-26 game at Haehl Pavillion.
Both games are Wednesday at 7pm. The Championship will be held Saturday Night at SRJC’s Haehl Pavillion at 8pm.
North Bay League
Cardinal Newman won the NBL Title with a win over Casa Grande Friday Night. They will host Santa Rosa as the number one seed in the tourney. They beat the Panthers by 10 the first game, and then 20 in the second game. Damian Wallace and Cody Baker will look to lead the Cardinals to their third straight NBL title game.


Windsor visits Montgomery in what should be the best game of the night. The Smith twins will have to deal with the driving ability of Alex Soria. If he is able to get his way, the Smith twins could be in foul trouble and out of the game quickly. Windsor is the defending NBL Tournament champions. We could either see a rematch of last year’s title game, or a rematch of the game from the year before.
Both games are Wednesday at 7pm. The Championship will be held Friday Night at SRJC’s Haehl Pavillion at 8pm.
Share
Copyright (c) 2016 Splash.
Theme by StylemixThemes.