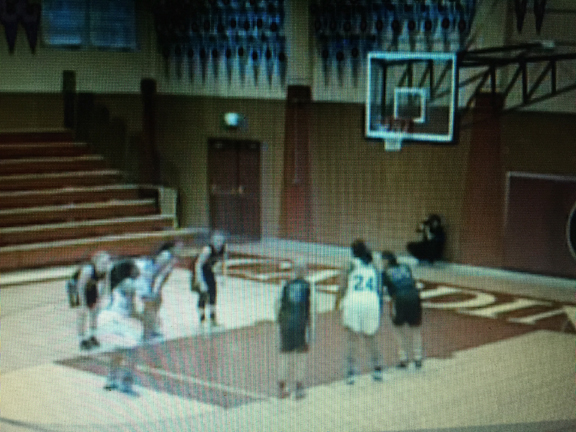 The biggest girls’ tournament on the West Coast is here again. 128 teams in sixteen different brackets are participating in the 15th Annual West Coast Jamboree, which takes place at high schools all over the East Bay.  It is a three game round tournament that begins on Saturday.  Then, after taking Sunday off, the series of tournaments resume on Monday and then wrap up on Tuesday.
The local area is well represented in the tournament with eleven teams, including five in the YSN365.com first top ten rankings, that were posted earlier this week.
No. 1 Cardinal Newman is in the Diamond Division, which is being played at Ygnacio High School.  This is a tough bracket.  The eight teams have a combined record 45-11.  Two of the teams, Brea Olinda and St. Mary’s of Berkeley are in the top twelve in the latest Girls State Rankings at Cal-Hi Sports.


The first game of the bracket is between the No. 6 teams of California and Nevada, according to the power rankings.  The third game is between Berkeley and Carondelet, who has dominated its bracket in the North Coast Section the last decade.  Actually Berkeley has dominated longer than that in Division 1, with nineteen section titles in twenty six years.
Cardinal Newman meets Sacramento in the first round Saturday at 8 pm.  At 3-2, Sacramento has played the least amount of games.  One of its losses is to Berkeley.
Sacramento is a very successful program that has won at least twenty games each year for the last decade.  Last year they went 23-9 and won the San Joaquin Delta Division 2 section before losing in the first round of the Nor Cal playoffs.
Brea-Olinda is 9-0 and has won six state titles.  One of them was in 1992 when they beat Healdsburg 47-44.
No. 2 Santa Rosa is in the Onyx Division at Freedom High School.  The Onyx Division doesn’t have as intimating a field in terms of the numbers.  Five of the eight teams are at .500 or less.  There are two other teams, besides Santa Rosa, that are in Division 1.  North Torrance is a Division 3 team and is 9-0 on the season and ranked No. 32 in the state.
Santa Rosa meets Christian Brothers of Sacramento in the first round at 3:30.  They are a Division 3 school and are 3-6 on the season.  Last year they went 18-11, which broke a streak of three straight twenty win seasons.
No. 3 Casa Grande and Analy, are in the same division.  That is the Opal Division, which will be played at Alhambra High School.
Casa Grande meets Chico at 12:30. Chico is a Division 2 team and is 1-5 on the season.  Last season they finished 10-14, which was the first time in six years they didn’t finish over .500.
Analy meets McKinleyville, who is a Division 4 team that is 4-6 on the season. That game tips at 5 pm.
Casa Grande is the only team over .500 in this bracket.
No. 4 Ukiah is in the Tourmaline Bracket. In the first round, they are meeting Crater who according to the power rankings are No. 5 in the state of Oregon. This division has some teams off to a good start and that includes Ukiah who is 7-1 and Crater who is 6-1.
Two other teams, University of SF and Orosi go into the tournament undefeated. Orosi meets the College Park in the first round. College Park is hosting this bracket.
No. 9 Windsor is in the Ruby Division and meets Fresno in the first round.  Fresno is a Division 3 school and is 7-1 on the season.  That program has been a comeback story.  They went 20-9 last season.  It was the second straight season they finished over .500.  That was after four straight seasons they finished under .500.  In three seasons starting in 2008 they won a combined 11 games.
Every team in Windsor’s bracket is at least .500 this season and five of the eight teams are in Division 1.
NCL I rivals Cloverdale and St. Helena are both in the Topaz Bracket.
Cloverdale meets Sierra of Manteca in the first round.  Sierra is a Division 3 team, who is 1-6 this season and hasn’t finished over .500 since 2011.
St. Helena is meeting Los Banos which is a Division 4 school and is 6-5 on the season.
Montgomery is in the Amber Division and meets San Lorenzo at 11 am at Bentley School in Oakland.
Willits is in the Pearl Bracket and meets Oakland Military Institute at Berean Christian High School at 3:30.
Point Arena is in the Garnett Division and meets Holy Names at Ygnacio Valley at 3:30.
My email address is jacpasquini@comcast.net
west coast jamboree
Share