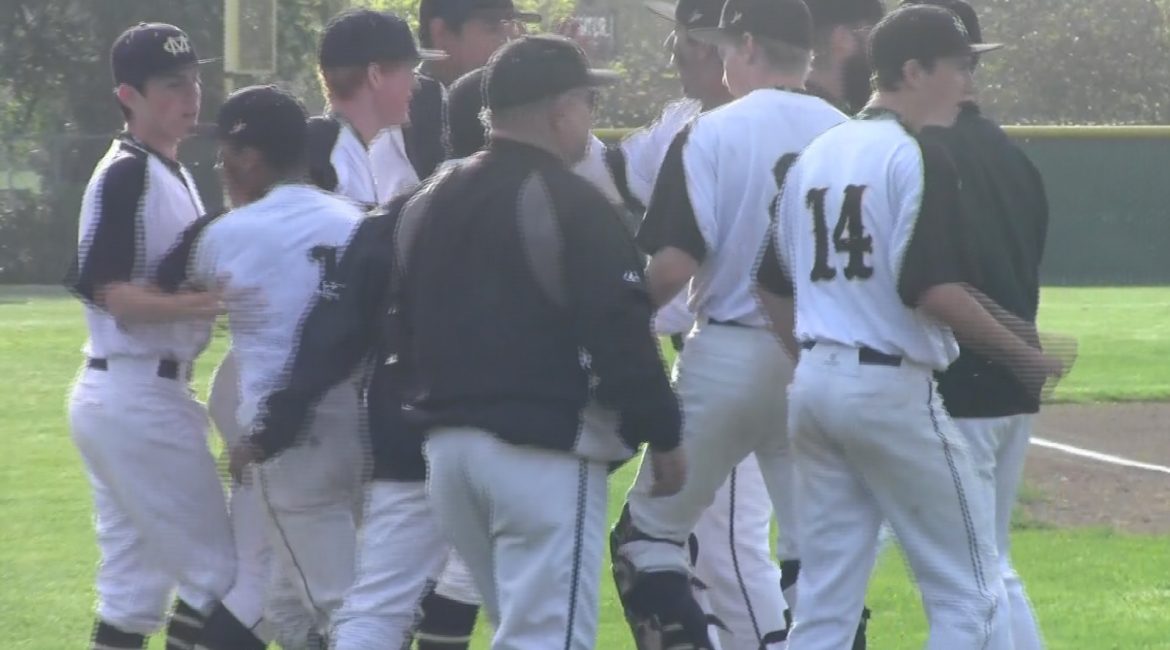 Over the last week and a half, to end the first half of league play and start the second, the top four teams in the North Bay League baseball race have been playing what is the same as a round robin.  The round robin has set up the personality of the race for the rest of the season.   That personality is “It is Maria Carrillo’s championship to lose.”

After winning tense one run games in the first two games, the No. 2 ranked YSN365.com team had one big inning on offense and some outstanding pitching and defense to defeat the league defending champion Casa Grande 5-0.   It is the 11th straight win for Maria Carrillo, as they raise the overall record to 14-2.  They have won eleven straight and appear to be on the verge of taking over the No. 1 spot in the YSN365.com rankings.

During the winning streak, Maria Carrillo has looked like the 2010 Giants, which means for the most part pitching and defense keeps them in the game and sooner or later the offense will get them the win.   That is how it was on Friday, as Peter Hoge pitched a complete game six hit shutout, striking out six along the way.

The offense came in the third inning, when Maria Carrillo not only scored all of its runs, but had all of its five hits, the big one a two out, two run single by Keith Wallach.  Three of the runs were unearned and spoiled a solid pitching performance by Eric Parnow, who also pitched a complete game, striking out eight and walking three.

During the 11 game winning streak, Maria Carrillo has allowed three runs or less in the eight of the games and has shutout the opponent four times.

The league race is now past the halfway point.  Maria Carrillo is 7-0 in league play.   Second place Montgomery is 6-2, which is one game ahead of Cardinal Newman and Casa Grande who are tied for third place.   Maria Carrillo still has a make-up game with Ukiah, which they play next Tuesday, which means they will play three games in four days.  The Pumas are finished with Casa Grande and finish the regular season with games against Montgomery and Cardinal Newman.

In the highest scoring North Bay League game of the season, Ukiah won its first league game with a 13-11 win over Rancho Cotate.  The two teams combined for 24 runs, 26 hits and eight errors.    Ukiah scored eight runs in the third inning, to take an 11-3 lead.   Rancho Cotate followed the up with a five run fourth.

Seven players had at least two hits.  Colton Crabtree went had four hits, three of them doubles to raise his season average to .342.

If you would have picked two teams in the league to have that kind of game, that might have been the last choice.  Rancho Cotate had scored 18 runs in seven league games, most of them in the last two games when they scored 12.  Ukiah scored ten runs in six league games, the most in a 5-4 loss to Casa Grande.

In the next two weeks, the two teams play all its games against the top four.   With the make-up Ukiah has two games against Maria Carrillo during that time.