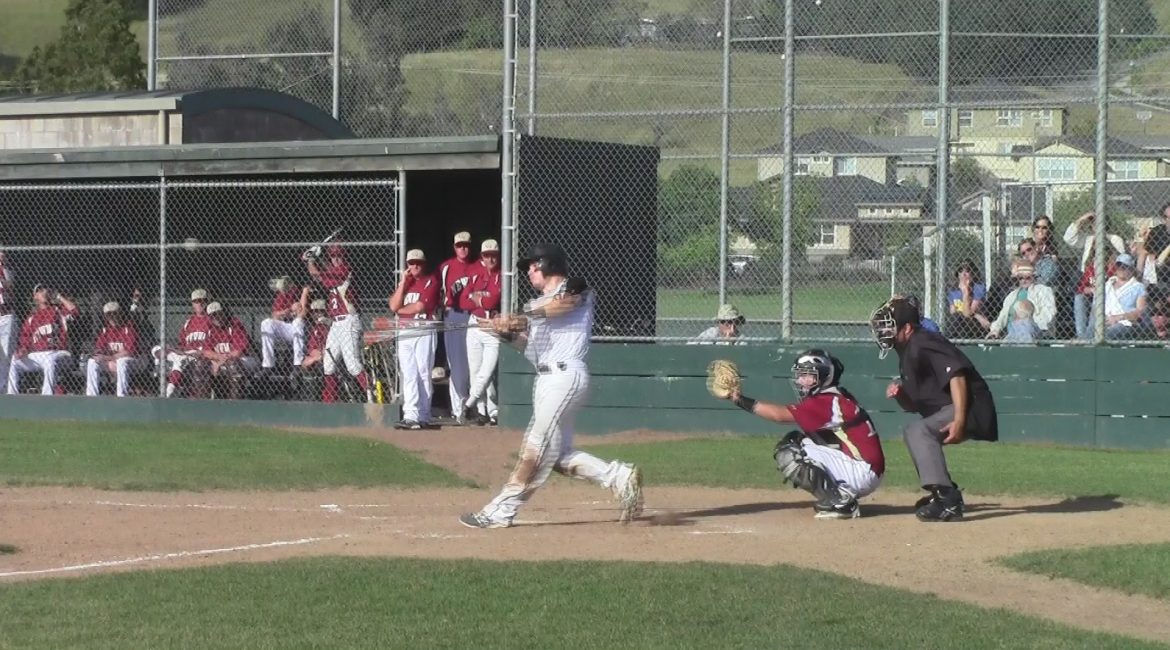 The only thing hotter than the Maria Carrillo baseball team is the recent weather.

Not that they need it but they got some help for Casa Grande in the first inning as the Gauchos committed two errors that led to three earned runs.    That would be enough, as three pitchers combined to hold Casa Grande to two runs.  Peter Hoge pitched the first four innings to get the win. Not to take any chances Maria Carrillo had a 10-0 lead after three.

Maria Carrillo will meet Montgomery in the NBL Championship Game.   The game will be at SRJC at 4 pm.

Montgomery had something in common with Casa Grande in its first round game against Cardinal Newman.   That was the Vikings had enough runs to win the game in the first inning.   This game was a lot closer, as Montgomery took a 3-0 win.

Anthony Prince and Josh Lenney combined for a two hitter.    Prince went the first five to raise his record to 5-1.  Lenney retired six of seven to pick up his fourth save.   He hasn’t allowed a run in the 8 1/3 innings he has pitched this year.

Back in the first, Lenney hit the ball that brought in the game’s first run.   He hit into a double play so he isn’t credited for a RBI.     Mitchell West followed with a triple and scored on a wild pitch.

Matt Miller had an RBI single in the second to wrap up the scoring.

As for Cardinal Newman and Casa Grande they aren’t finished.   They should both be among the teams picked on Sunday for the North Coast Section Playoffs.