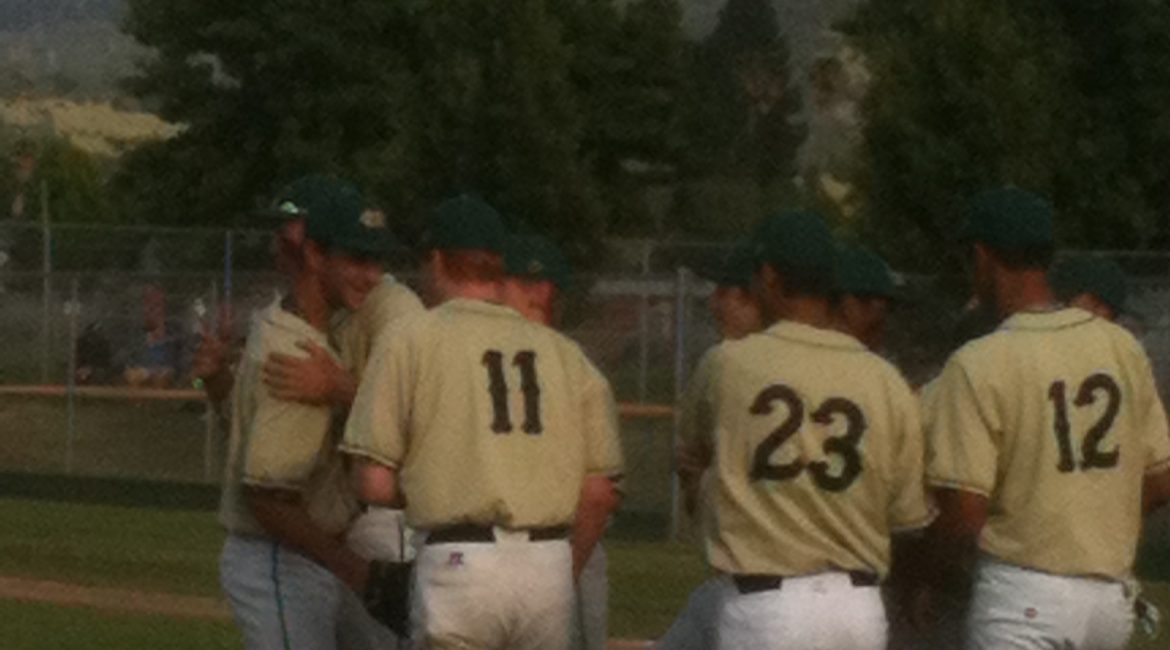 In the first meeting, Maria Carrillo edged Montgomery 2-1, in a game that was a tense well play game, which could have gone either way.  Since then both teams have kept the other honest.

Maria Carrillo had to keep winning to keep control of the NBL race.

Montgomery had to keep winning to stay within yelling distance.

Each did the job, setting up the much anticipated rematch.  This one didn’t have the suspense as Maria Carrillo scored early and often and controlled the game most of the way.   Peter Hoge pitched six strong innings and drove in two runs as Maria Carrillo took a 7-1 win.   The Pumas went into the game knowing the worst they could do was finished in a first place tie.   They will be the outright champion, which is the school’s first NBL championship since 2001.    They now have an 18 game winning streak and are a remarkable 21-2 record on the season

Montgomery responded with a run in the bottom of the first to give the appearance it would be another tight game.   That appearance was killed in the second when Maria Carrillo took advantage of a Viking error that fueled a three run inning and give them a 5-1 lead.   It was a telling inning because during its six game league winning streak, the Vikings had given up more than three runs in a game just once. They also faced a comeback against a team that has allowed five runs only three times during its long winning streak.

One reason was on a base running mistake, the second on a defensive play that would make any highlight show.

The base running mistake was on a fly ball to left.   Instead of the runner at third holding position to tag, his first reaction was taking a couple of steps towards home.   The fly ball was hit sharply, but was a routine catch.   The runner had to go back and tag and that precious few seconds cost him any chance to try to score.

The next play might have taken the spirit out of Montgomery.   Keil Long hit a shot that looked like it was headed into left field for a two run single and give the Vikings life.   But Austin Martinez made a full out diving stop and got the force at second on a bang bang play to get the Pumas out of the inning.

Montgomery didn’t have more than one base runner the rest of the way.   Hoge went six innings and gave up four hits.  Meanwhile, Maria Carrillo added single runs in the fifth and sixth.   Clayton Andrews came into to pitch the seventh and after walking the first batter on four pitches, retired the next three without allowing a runner, while striking out two.

Maria Carrillo will try to finish the league race undefeated when it hosts Cardinal Newman on Friday.   Nobody has gone undefeated through NBL play during the Max Preps era, which started in 2005.  Last year Casa Grande went 13-1 in league play, the only loss was to Cardinal Newman in the next to last league game.

The other first round game will be Casa Grande at Maria Carrillo.

In Cardinal Newman’s win, Michael Clark pitched a four hit shutout to raise his record to 3-1.  Jeff Rebello drove in the game’s lone run with a sacrifice fly in the second.   Casa Grande didn’t have more than one base runner in any inning.

Cardinal Newman raises its record to 14-8 while Casa Grande falls to 15-8.

All four teams that will make the NBL post season tournament will also be in the North Coast Section playoffs.

The Maria Carrillo Softball and baseball teams have played sort of a tag team this week.    The softball team defeated Santa Rosa, on Tuesday, to take control of the race.   On Wednesday, the baseball team wrapped things up.  On Thursday, the softball team can assure at least a tie for the league championship with a win at Montgomery.