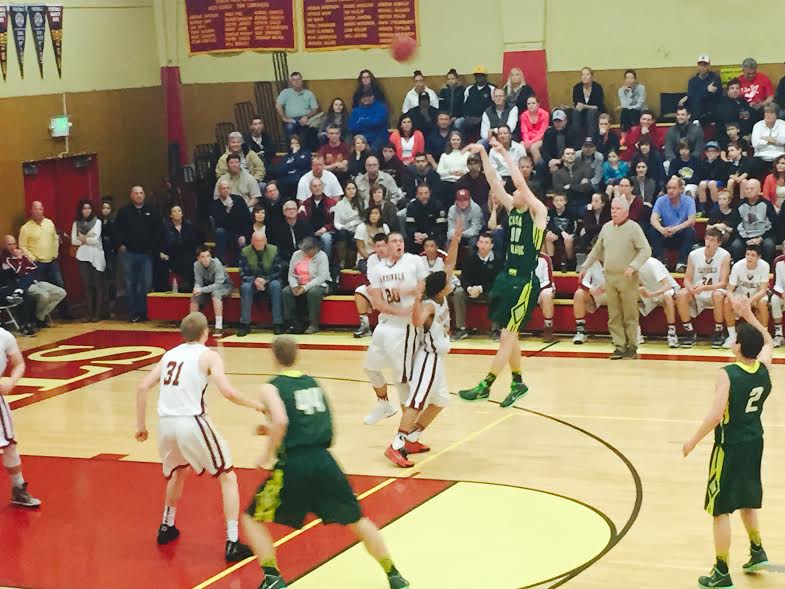 NORTH BAY LEAGUE
No. 1 Casa Grande 69 Ukiah 44
No. 2 Montgomery 62 No. 7 Windsor 52
No. 3 Cardinal Newman 69 Maria Carrillo 44
Santa Rosa 63 Rancho Cotate 40
WEDNESDAY
No. 1 Casa Grande at No. 2 Montgomery
Santa Rosa at No. 3 Cardinal Newman
No. 7 Windsor at Rancho Cotate
Ukiah at Maria Carrillo
No upsets on Monday, although Windsor came close.  Montgomery rallied in the fourth quarter to stay in the league championship hunt.
Two games to go and Casa Grande has a one game lead over Montgomery and Cardinal Newman.
Windsor will be the No. 4 seed in the North Bay League postseason tournament and will meet the No. 1 seed in the first round.
TUESDAY SCHEDULE
BOYS
NCL I
Middletown at No. 6 Cloverdale
No. 10 Willits at Lower Lake
Clear Lake at Kelseyville
Fort Bragg at St. Helena
Cloverdale has a two game lead over Willits and Kelseyville.  There is no post season tournament in the NCL I and the league race still has two weeks to go or four games.
GIRLS
NORTH BAY LEAGUE
No. 2 Santa Rosa at No. 1 Cardinal Newman
No. 7 Windsor at Rancho Cotate
Casa Grande at No. 8 Montgomery
Ukiah at Maria Carrillo
Cardinal Newman clinches the NBL championship with a win over Santa Rosa.  If Santa Rosa wins, the two teams will be tied going into the last night of league play, which is Thursday.
Windsor and Montgomery are tied for third.
If Montgomery defeats Casa Grande, the four teams will be set for the North Bay Postseason tournament.
SONOMA COUNTY LEAGUE
No. 3 Sonoma Valley at Healdsburg
No. 4 Petaluma at Elsie Allen
No. 5 Analy at El Molino
Piner BYE
Sonoma Valley has a one game lead over Petaluma with two to go.  Analy is in third place a half a game behind Analy.
A Sonoma Valley win or Analy loss will eliminate Analy.
A Sonoma Valley win and Petaluma loss will clinch the league championship for Sonoma Valley.
Petaluma holds the tie-breaker over Sonoma Valley.
NCL I
Cloverdale at No. 6 MIddletown
Clear Lake at No. 9 Kelseyville
St. Helena at Fort Bragg
Lower Lake at Willits
The Middletown Girls have a two game lead over Kelseyville with four to go.
Clear Lake and Cloverdale are tied for third, three games behind Middletown.
My email address is jacpasquini@comcast.net
You can also now follow me at twitter @homer2612