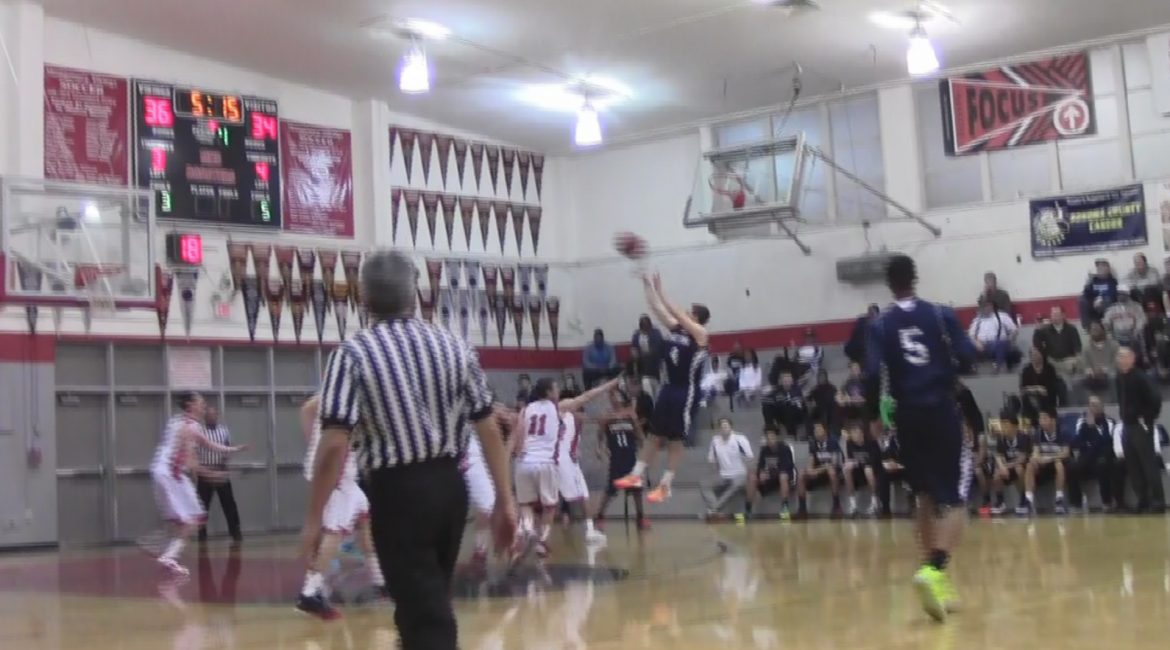 When doing the Thursday update for the NBL Girls it was mentioned that with all the talk about Santa Rosa they weren’t in sole possession of first place.

Well…in the NBL Boys race with all the talk about Montgomery, they aren’t in sole possession of first place in the NBL race.  In fact there are two other teams that have matched the Vikings 3-0 NBL start.  We are about to see if that is schedule timing or the other two teams are as good as Montgomery appears to be.

The next two games, Montgomery is meeting the other two teams tied for first and they get to play those games at the Viking Dome.  The first one is Friday against No. 5 Windsor and then next Wednesday they play No. 4 Cardinal Newman.

Both Montgomery and Windsor went to 3-0 on Wednesday by winning by the same score.

Both teams led most of the way and in both games you can point to one main streak that put the game away.

For Montgomery it was the last three minutes of the third quarter, when they went on an 11-3 run to take a 42-23 lead going into the fourth quarter.  Montgomery had a balanced attack Kiel Long the leading scorer with 13 points, one of three Vikings who scored in double figures.

For Windsor the main streak was the second quarter when they outscored Casa Grande 14-0 to take full control.  Sadik Sufi and Curtis Johnson each scored 16 points for the Jaquars.

Besides the matching scores Montgomery and Windsor also has matching overall records at 11-4.

As for Cardinal Newman they keep pace with a 49-31 win over Rancho Cotate.  Cardinal Newman had a 16 point lead by the half and went from there to go to 9-6 on the season.

Cardinal Newman hosts No. 7 Maria Carrillo Friday Night.   After the trip to Montgomery next Wednesday, they go to Windsor on Friday.

After a 52-34 win over Santa Rosa things are lined up for Maria Carrillo.  After the trip to Cardinal Newman on Friday, they have home games against Windsor and Montgomery next week.  Maria Carrillo is 10-5 overall and 2-1 in league play, the lone loss a two pointer to Ukiah.

In its win over Santa Rosa, Maria Carrillo pulled away in the fourth quarter after going into the quarter with a seven point lead.   Jake Vitter led the way with 17 points.

Three teams are looking for its first league win.   Two of them will meet Friday Night when Rancho Cotate travels to Santa Rosa.  The other one, No. 10 Casa Grande travels to No. 6 Ukiah.  Ukiah is 1-2, the losses to Montgomery and Cardinal Newman.

It’s a Friday Night in the state capitol for the SRJC teams to meet Sacramento in Game 4 of the Big 8 race.  Both teams are having similar years and similar paths up the State Rankings.

After a 3-6 start, the SRJC Men didn’t appear in the state rankings up early January when they checked in at No. 10.  The winning streak is now six and they are up to No. 5 i.

As for the Women they were No. 8 in the Pre-Season rankings, dropped out and are now moving up the ladder.   After three of the first four weeks of not being in the rankings, they have been in them the last three weeks and this week are at No. 12.

Both are 3-0 in conference play.

Sacramento Men and Women are also having similar seasons.   Both are 1-2 in league play, the Men are 8-9 overall and the Women are 8-8.