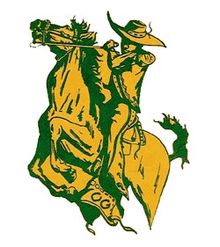 Yeah, we all saw this one coming.

The first half of the North Bay League Boys race ended in a most unexpected way.

Casa Grande went into the Viking Dome and shocked the high school basketball world by taking a 60-50 win over No. 1 Montgomery.

This was a blindside as Montgomery had been dominating, going 6-0 in NBL play with the average win by close to 30 points.

Casa Grande, who was ranked No. 2 in the first YSN365.com basketball rankings, has had some health issues since.    They are healthy now and it showed with its biggest win of the season.

The game had a combined average of ten fouls a quarter, including three T’s.    Montgomery senior Alec Raven fouled out with six minutes left.   Raven was still the Vikings leading scorer with 15 points.

By then the upset was brewing.   Casa Grande led most of the way and pulled away in the fourth quarter by hitting clutch free throws down the stretch.

Cetrick Yeanay had the three ball going, hitting five of them on his way to a game high 24 points.    Jon Christy, who had been out for the Gauchos because of an illness, scored 14 in his third game back after missing the first part of league play.  Will Crain scored 12 points and had a game high 10 rebounds.

So instead of the expected march for the Vikings to the NBL crown we have, at least at the moment, a race in the North Bay League.

Montgomery has a one game lead over three teams who all won on Monday Night.

The biggest game going into the night appeared to be Windsor’s tripped to Ukiah, as the two teams went into the night one game apart in the logjam for second place.   Ukiah pulled it out in the last minute taking a 45-42 win.   Brian Sherwood’s basket with :35 left gave Ukiah the lead for good.

Windsor still had a chance to win it at the end but didn’t score and Adrian Mata hit two free throws with :03 left for the final scoring.   Gabe Knight led Ukiah with 16 points and 12 rebounds.

Cardinal Newman and Maria Carrillo are the other two teams hanging one game back of Montgomery.

The Cardinals took control of the game with a 18-5 run at the end of the first quarter and the beginning of the second to take a 28-13 lead.  Connor Head scored eight of his game high 32 during the run.

Santa Rosa did get back to within nine twice in the second quarter, but a 7-0 streak gave Cardinal Newman full control by the half.   The closest Santa Rosa got the rest of the way was ten.

So the new look NBL race starts the second half on Wednesday with three games.  Montgomery should be in a real good mood when it hosts Santa Rosa.  Also Casa Grande is hosting Maria Carrillo and Rancho Cotate at Windsor.

Because of an event at Cardinal Newman, the Cardinals home game with Ukiah isn’t scheduled until February 17th, which will be the last game of NBL regular season play.

Under the heading don’t take anything for granted after what happened on Monday Night, the NBL Girls race resumes on Tuesday with Montgomery at No. 1 Santa Rosa.