NBL Boys: Montgomery Tries To Stay No. 1 In League and In Section 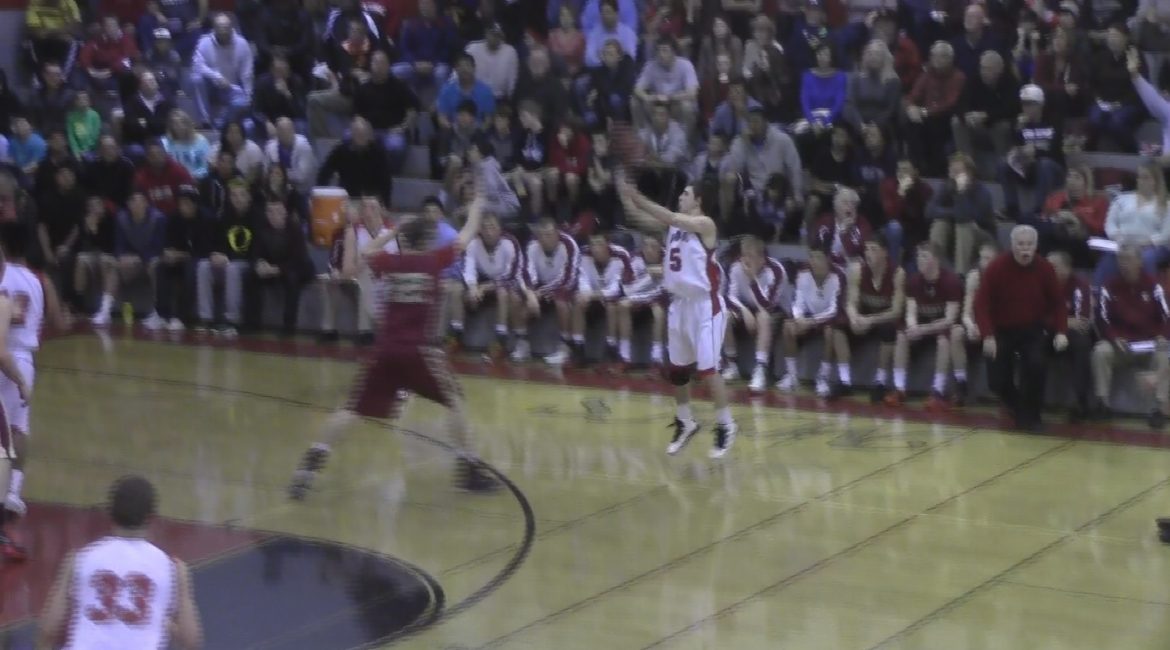 The Monday win by Casa Grande over Montgomery caught a lot of people by surprise.    Besides putting some energy in an NBL race that needed some, how that will affect the Vikings in the NCS Seeding World is hard to say.

Montgomery was given a mulligan by YSN365.com and kept its No. 1 ranking, even after the 60-50 loss on Monday.   They also look good for a No. 1 seed for the NCS Division 2 playoffs, which is only a month away.   But it would be best for the Vikings not to push their luck because it isn’t a lock.

One thing they have in their favor is the impressive 57-42 head to head win over College Park.  College Park is No. 3 in the Division 2 power rankings and has a win over No. 2 Newark Memorial.    As of this writing the power rankings don’t include the Monday, Casa Grande win over Montgomery (I thought my computer was slow).

Newark Memorial is the biggest threat to Montgomery for the No. 1 seed.   They are the two time defending NCS Division 2 champions and according to the computer, they have played the toughest schedule in Division 2.   The Cougars are also ranked higher than Montgomery in the human polls.  In the regional Chronicle Poll they are No. 8 compared to Montgomery at No. 17.

Back to something favoring Montgomery: Common opponents.  The Vikings are 2-0 and the Cougars 0-2, with the other team (besides College Park) being Campolindo.

The other advantage might be that Newark Memorial could be pushed to the open division, which is in its second year and is supposed to include the best of the best.   I am not sure exactly how the open division works, but it appears track record has something to do with it.   What I understand, Newark Memorial’s NCS success over the last two years makes them eligible.

One thing that is for sure is that Montgomery is still in control of the NBL race, although not as much in control as they were when the week began.   Montgomery has a one game lead over Maria Carrillo, Cardinal Newman and Ukiah.

The way the schedule works out is the Vikings start the second half against the bottom two teams in the league.  They bounced back from the Monday loss with a 67-38 win over Santa Rosa on Wednesday Night.  Montgomery is 15-5 overall and 7-1 in league play and travel to Rancho Cotate on Friday Night.  The Cougars are 0-8 in league.

The big game for the battle for second is up in Ukiah where the No. 4 Wildcats will host No. 5 Maria Carrillo.   No. 7 Cardinal Newman travels to No. 8 Casa Grande.

Casa Grande didn’t get any momentum from its Monday win over Montgomery.  On Wednesday they fell behind Maria Carrillo 11-0 and were down as much as 25 before dropping the game 64-45.

The win was one of most impressive wins for the Pumas who are 14-6 overall and were led by Connor Wright with 20 points.

It was a big loss for Casa Grande, who after its tough league start have very little room for error as far as making the NBL post season tournament.   The Gauchos are 10-10 on the season and they still have work to do to make the NCS playoffs.

One thing to keep in your mind as the NBL race plays out is that one game was missing from the Wednesday NBL schedule.  That game was Ukiah at Cardinal Newman.    Because of a scheduling conflict at Cardinal Newman, that game will be played on Monday February 17th.   That means when they play that game everyone else will be done with league play.  That could be a big game for deciding who will have a home game in the first round of the NBL post season tournament which starts two days later.   With both teams still having Montgomery on the schedule it could be bigger than that.

After starting 3-0 in league play, Windsor is barely hanging in the race for a spot in the NBL postseason tournament two games behind the traffic jam that is second place.  They snapped a four game losing streak on Wednesday with a 65-53 rally win over Rancho Cotate.   They trailed by seven before dominating the second half and pulling away.   Sadik Sufi scored 26 points for Windsor who is at Santa Rosa Friday night and is 12-8 on the season.

In two weeks the SRJC Men team dropped from the No. 5 ranked team in the state to out of the Top Twenty.  That is what losing two of three will do.

Despite that the Bear Cubs came up with a huge road win on Tuesday with a 83-78 win over first place Cosumnes River.  So instead of being three games back which they would have been with a loss, they are now one game back in the Big 8 race.   Four scored in double figures led by Matt Hayes who had 20 points.

On Friday Night SRJC host Modesto who is one of four teams at 4-3 in league play, one game behind SRJC.    This is the start of the second half.  SRJC won the first meeting at Modesto on January 8th 72-66.

The SRJC Women will play the first game against Modesto starting at 5:30.   It’s a game between two teams on the opposite side of the standings.  SRJC is in first place at 7-0, Modesto is in last place at 0-7.   The final in the league opener was 56-49 SRJC.

The SRJC Women, who are 15-7 on the season, are now ranked No. 7 in the state which is the highest they have been ranked all season.

Gretchan Harrigan followed up her 51 point game with 32 in Tuesday’s78-63 win over Cosumnes River.  Harrigan is now averaging 26.7 points a game, which is the best in the state by over a point.

Stephanie Sack had a season high 21 points in the Tuesday win and also had 11 assists.  She is averaging 5.7 assists a game, which is sixth in the state.