NBL BOYS RACE COMES TO AN END…FOR MOST 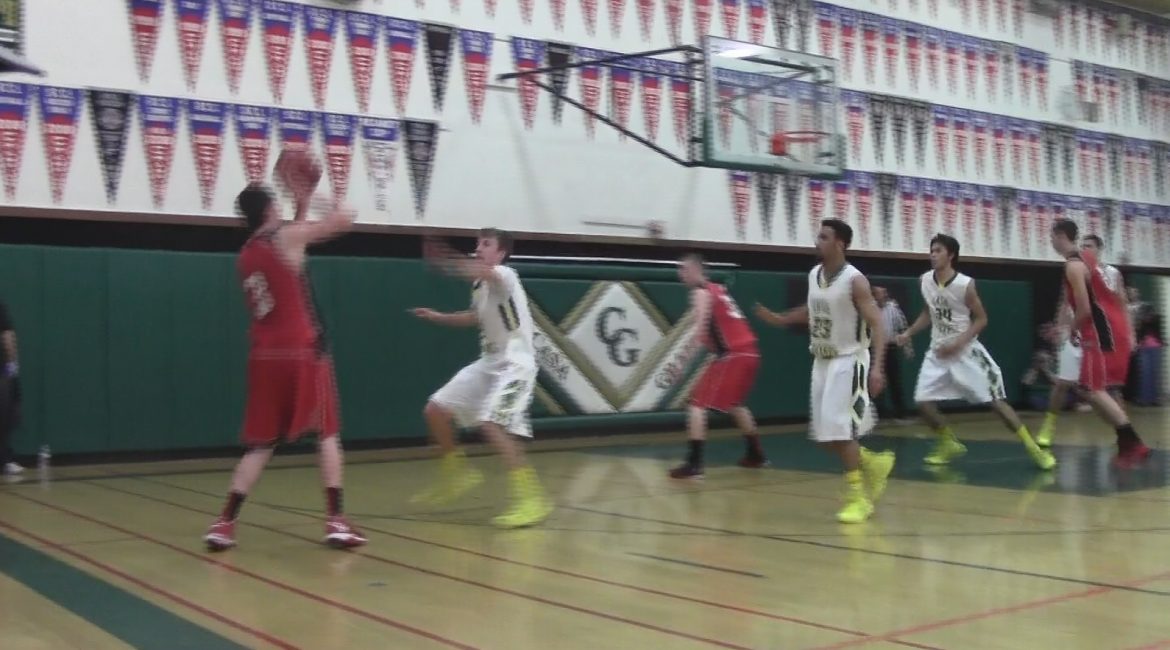 It was a strange night to end the NBL regular season race, the end for most that is.
The results may have more of an effect on the Section Playoffs than the League Post Season Tournament.
One game could have an effect on both

Alec Raven hit for 24 points to lead Montgomery over Casa Grande.
That was No. 1 Montgomery defeating No. 8 Casa Grande 73-58 to end the regular part of the season 21-5 and the league part 13-1.   Montgomery’s lone league loss was to Casa Grande on January 27th.
Alec Raven scored 24 to lead Montgomery.  Cetrick Yeanay scored 25 for Casa Grande.
Montgomery had already sewed up the NBL Regular Season Championship and the No. 1 seed in the post season tournament that goes with it.  The win helps its cause for a shot at a No. 1 seed for the NCS Division 2 playoffs.
It had the opposite effect for Casa Grande, who is eliminated from the North Bay League post season tournament.  Casa Grande (14-12, 7-7) will sit around for a week and wait to find out what the North Coast Section playoffs has in store for them.  They will probably hit the road, but could get a home game.
To watch video highlights of the game click here
Montgomery will host No. 9 Ukiah in the first round of the league tournament on Wednesday.  Ukiah advanced despite a 62-58 loss to Windsor.   This was like a playoff game for Windsor, who needed it to become eligible for the NCS Division 2 playoffs.  Windsor, who was led by a 20 point-15 rebound night by Sadik Sufi, is a bubble team to get in.
Ukiah still has one league game at No. 3 Cardinal Newman on Monday.   A loss to Cardinal Newman would drop them back into a tie with Casa Grande for the final playoff spot.  Ukiah wins the tie-breaker because of numbers drawn before the season.
The other NBL post season game will be between Cardinal Newman and Maria Carrillo.   The Monday game will decide where that game will be played.  If Cardinal Newman wins they will host the game, if Ukiah wins, Maria Carrillo will.   Cardinal Newman and Maria Carrillo split their league games this season taking the win on the other’s home court.
Cardinal Newman can still get that home game despite dropping a 46-39 decision to Santa Rosa on Friday.   Cardinal Newman got off to a dreadful start, falling behind 25-11 at the half.  They did cut it to three in the fourth quarter, but Santa Rosa went on a 9-0 run to put it away. On senior night, two seniors led the way, with Vince Jones and Daniel Cresta each scoring 11 points.
The two teams split four games that they played this season.
It was another step forward for Santa Rosa who went 11-14, which is the most wins they have had in a season since at least the 2004-2005 season.   The 11 wins is more then they won combined from 2007-08 through 2010-11.  That last season they went 1-24, each  season since they have added to the win total and since the JV team went 11-3 in league play,  there is hope for the future.
UNDEFEATED
The No. 5 Analy Girls team ended SCL play undefeated with a 37-25 win over Sonoma Valley.  Analy, led by Jenna Petray who scored 15, pulled away in the fourth quarter.  Analy finishes the regular season 16-9.
The SCL Girls post season tournament starts on Wednesday with No. 1 Analy hosting No. 4 Healdsburg and No. 3 Petaluma at No.2 Sonoma Valley.
Sonoma Valley and Petaluma ended the regular season tied for second place in the NBL and split the regular season.  Sonoma Valley gets the home game because they drew the lower tie-breaker number at the beginning of the season.
NOT UNDEFEATED
Keith Adams hit a three pointer with :06 left to give No. 6 Piner a 52-51 win over No. 2 Analy costing the Tigers an undefeated run through SCL play.   Piner jumped out to a 12-2 lead before Analy rallied to take the lead in the fourth quarter.
The loss snapped a thirty game SCL winning streak for Analy, who has won a SCL league championship in five of the last six seasons.    The last league loss was on January 19th, 2012 which was a 73-55 loss to Windsor.
It was quite the series between Analy and Piner this season.  In the first meeting Analy took a 49-47 win, with the winning basket scored on a return shot by Mo Halaweh with two seconds left.
Sets up what should be an interesting SCL Boys post season tournament.  The first round is Tuesday Night with No. 4 Sonoma Valley at No. 1 Analy and No. 3 Elsie Allen at No. 2 Piner.  The winners will meet in the championship game on Thursday.
RECORD
No. 4 Willits not only wrapped up the NCL I but set a school record for wins in a 65-26 win over St. Helena.   Willits is 22-2 on the season and has a twenty game winning streak.  It is the second straight season that they have won the NCL I.
GOOD WEEK FOR THE JC
Both the Men and Women went 2-0 for the SRJC teams and are in at least a tie for first place in the Big 8 race.
While the SRJC Men were winning two games, Cosumnes River was losing two, so the race has flip flopped with SRJC taking a one game lead with two to go.
SRJC has its last two games at home and it’s not an easy two games.
On Tuesday they will meet Diablo Valley, who is tied for third place and 19-7 on the season.  It the first meeting Diablo Valley took a 62-54 win.   Then they wrap the regular season up on Friday against Cosumnes River.
On Tuesday Cosumnes River host Modesto (13-14, 6-6).
The SRJC Women go into the last week tied for first with San Joaquin Delta.  Both Diablo Valley and Cosumnes River are in the middle of the pack in the league race.
San Joaquin Delta has both games on the road at Sacramento and American River who have a combined league record 7-17.
My email address is jacpasquini@comcast.net