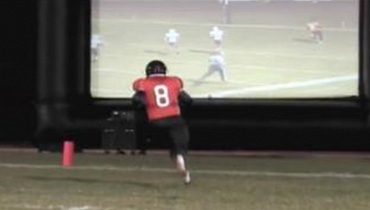 It is an ever changing world in the NBL, at least on the coaching front.   The league races have established a pattern that has been pretty standard for sometime.

That standard is Cardinal Newman, Montgomery or Rancho Cotate is going to win the NBL championship by going undefeated.  The last time that one of those teams didn’t get at least a share for the crown was in 1990 when Piner won it.  The last seven champions have been undefeated in league play.

As for the coaching, with the retirement of Jason Franci, the longest tenured coach in the NBL is Rancho Cotate’s Ed Conroy, who is entering his 25th season.   The second longest is Maria Carrillo’s Jay Higgins who is entering year 13.

Three coaches are entering their second year, one of them had his first year over two decades ago.

Rancho Cotate is one of two Sonoma County teams that carried an undefeated record into the NCS playoffs.

The first two games (Alhambra and Pinole Valley) are against the same two they started against last season.  Last year the games were on the road, this year at home.  The third pre-league game is at American Canyon who was 11-2 last season.

Rancho Cotate has won two of the last three NBL titles and went to the NCS championship game in both of those seasons.

Most of the players that made the 2012 headlines have graduated.   They do have two first team All-League players returning, including sophomore Cornerback Chris Taylor-Yamanoha who was second on the team with four interceptions.  He also was third on the team in receiving and tied for second in touchdown passes.  The leading interceptor Josh Belda who is a senior, had six.

All three teams they meet in the pre-league part of the season finished over .500 last year.  The last of the three is El Cerrito, who they host on Friday, September 13.  El Cerrito went 13-1 last season,  the loss in the NCS Division 3 championship game to Marin Catholic 31-28.  Cardinal Newman doesn’t meet another team that finished over .500 until the last two games of the season, when they meet Rancho Cotate and Casa Grande.

Cardinal Newman has six returning on offense and defense including NBL first team All-League quarterback Keaton Dunsford, who passed for over 2,000 yards in 2012.

Paul Cronin enters his 11th year as head coach at Cardinal Newman going over the 100 win mark last season.   The worst season he has had at the school is 2009 when they went 7-5.   In no other season has Cardinal Newman had more than two losses.   During that time they have won five NBL titles, four NCS titles and had two trips to the State Championship game.  His NBL record during that time is 62-7 and his teams haven’t lost more than one league game.

QB JaJuan Lawson, who is a third year starter and has averaged 2,000 yards passing the first two years, is one of six players returning on an offense that averaged over 30 points a game.  Lawson currently has 13 D1 college scholarship offers.  Also returning is RB John Porchivina who rushed for over 700 yard in 2012.   Both were named to the NBL All-League first team offense, two of three players that weren’t seniors.

Over the recent years of success, in which they have qualified for the NCS playoffs every year since 2002, the Gauchos have been known for having a solid defense.   Most of those seasons, the defensive coordinator was Trent Herzog, who enters his fifth year as the Gauchos head coach.

Five of the first six opponents finished under .500 last season.   One of them is Division 1 Heritiage, a team thay meet in the third week of the season.  The only team that finished over .500 during that run was Napa, who they meet Saturday September 14th on the road.  Napa won last year’s game 35-14.

You can bet that Maria Carrillo has its opening game circled for more than the reason that it’s the opening game.  For the second year in a row they open up against Analy.  In last year’s meeting Analy had that jaw dropping 63-6 win.  Also like last year, the second week they meet Benicia, who defeated them 31-21.  Last year, both games were on the road, this season they are at home.

During the middle part of the league schedule, Maria Carrillo has back-to-back-to-back games against Casa Grande, Cardinal Newman and Rancho Cotate, with the last two on the road.

The Pumas have several players from last year’s team returning including junior running back Alex Netherda.  Netherda was the team’s leading rusher and was named to the 2012 NBL All-League 1st team.  Also returning is someone who will be making holes for Netherda, first team All-League offensive lineman Jake Boes.  They also have linebacker Sawyer Thompson returning after making the All-League first team defensive team in 2012.

Following its best season ever, Windsor looked like a team that had a hangover.  After the 14-0 undefeated NCS championship in 2011, they finished under .500 for the first time since 2008.

It wasn’t all that bad in 2012.  They beat the teams they were supposed to, but couldn’t beat a team that finished over .500.

Windsor returns about half its starting lineup including senior quarterback Colin McAlvain who passed for over 1,600 yards.  Also returning is one of McAlvain’s favorite targets for 2012 Matt Basich.  Basich wasn’t second on the team in both catches and receiving yards.

All three teams they play to start the season were over .500 last season.   They open up in Livermore against Granada, which is a good Division 1 team.

The record doesn’t seem like much, but 2012 was a step in the right direction.  The 4-6 record was its best since 2007.    Since then they have finished every season 2-5 in league, with seven of the eight league wins against either Piner or Elsie Allen.   One of the wins last year was over Montgomery, the first win over the Vikings since 1990.

Both quarterbacks who took all the snaps last season return this year.   One player that isn’t returning is Jahray Hayes who rushed for nearly 1500 yards and scored nearly half of the team’s touchdowns.

For the fifth straight season, Santa Rosa renews the longest rivalry in the area when they travel to Petaluma.  The other two pre-league games are both against Bay Valley League teams that went 6-5 last season.   The second of those games against Deer Valley is the first of four straight home games.   The next three are NBL games against Maria Carrillo, Casa Grande and Cardinal Newman.

For the first time since 1979, Jason Franci will not be the head football coach at Montgomery.   Dean Haskins coaches his first game on August 30th when the Vikings host Pinole Valley.

Haskins takes over at a time when the Montgomery program has been struggling.  They have finished under .500 in four of the last five seasons.   The only year they didn’t in that run was in 2009 when they almost won the whole thing, going 11-3 and losing the NCS Division 2 championship game to Eureka.

Before the last five years, Montgomery had finished under .500 five times since Jason Franci took over in 1980.

Based on last season, the Vikings do have a pre-league part which favors a good start.   Two of the three teams finished under .500 and the other right at .500.

It is pretty safe to say that Ukiah is coming off one of its worst seasons in school history.     They scored 43 points the whole season.   Only a 7-0 win over Willits was their only win and it was the first time since 1993 they were winless.  They were shutout in five of the seven league games.

Jeff Burrell will be the third Ukiah head coach in three years.   It is the second time Burrell has been the head man at Ukiah.   Burrell has been a teacher at Ukiah since 1986.   He took the coaching job in part because he will be able to coach his son, who will be a sophomore this season and in part to try to help turn a Ukiah football program that hasn’t had a winning season, both overall and in the NBL, since 2008. The first time he coached was before the son he is coaching was born.  It was for one season in 1991 as they went 7-3.

Coming soon a look at the Sonoma County League