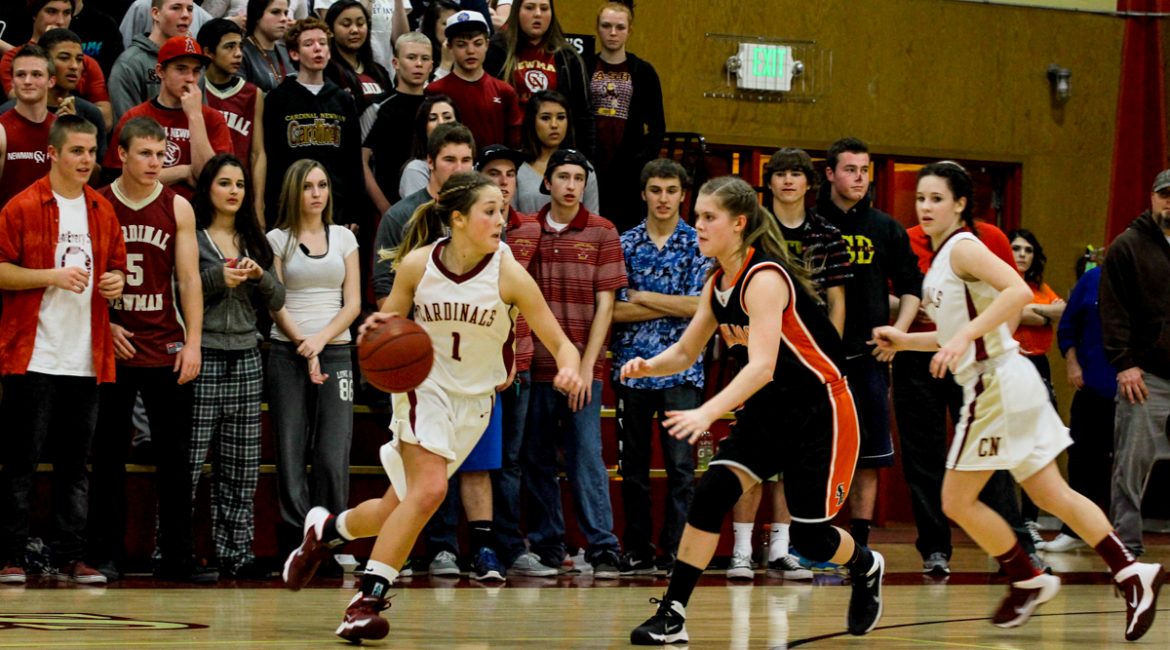 After the Thursday Night Cardinal Newman win over Santa Rosa I posted on the YSN365.com Facebook page the following:
BREAKING NEWS…CARDINAL NEWMAN NBL GIRLS CHAMPS
Some of my Santa Rosa friends mentioned to me it was a co-championship.
They are right.
Ever since I have been doing this, my thought has been that there can only be one league champion.   I guess it is my NFL mentality.
This isn’t the NFL, it is High School Basketball.
From now on a co-championship is just that and we will deal with the other factors that go with it when it comes up, like Playoff seedings.
So an update:
BREAKING NEWS…CARDINAL NEWMAN-SANTA ROSA SHARE NBL GIRLS CHAMPIONSHIP
Because of the tie-breaker numbers drawn at the beginning of the season Cardinal Newman is the No. 1 seed and Santa Rosa is No. 2 in the NBL post season tournament.
Here is schedule (of what we know now) for the NBL and SCL post season tournament
NORTH BAY LEAGUE
BOYS
WEDNESDAY FEBRUARY 19TH AT 7 PM
No. 4 Ukiah at No. 1 Montgomery
Maria Carrillo vs. Cardinal Newman (Seeding to be determined)
CHAMPIONSHIP GAME
SATURDAY FEBRUAY 22ND AT 8:15
AT SRJC
GIRLS
TUESDAY FEBRUARY 18TH AT 7 PM
No. 4 Casa Grande at No. 1 Cardinal Newman
No. 3 Windsor at No. 2 Santa Rosa
CHAMPIONSHIP GAME
SATURDAY FEBRUARY 22ND AT 6:30 PM
AT SRJC
SONOMA COUNTY LEAGUE PLAYOFFS
BOYS-FIRST ROUND
TUESDAY FEBRUARY 18TH AT 7 PM
No. 4 Sonoma Valley at No. 1 Analy
No. 3 Elsie Allen at No. 2 Piner
CHAMPIONSHIP GAME
THURSDAY FEBRUARY 20TH AT 7 PM
Game will be played at highest seed
GIRLS-FIRST ROUND
WEDNESDAY FEBRUARY 19TH AT 7 PM
No. 4 Healdsburg at No. 1 Analy
No. 3 Petaluma at No. 2 Sonoma Valley
CHAMPIONSHIP GAME
FRIDAY FEBRUARY 21ST AT 7 PM
My email address is jacpasquini@comcast.net