NBL SOFTBALL: WEEK STARTS OFF WITH STATEMENT WIN BY WINDSOR 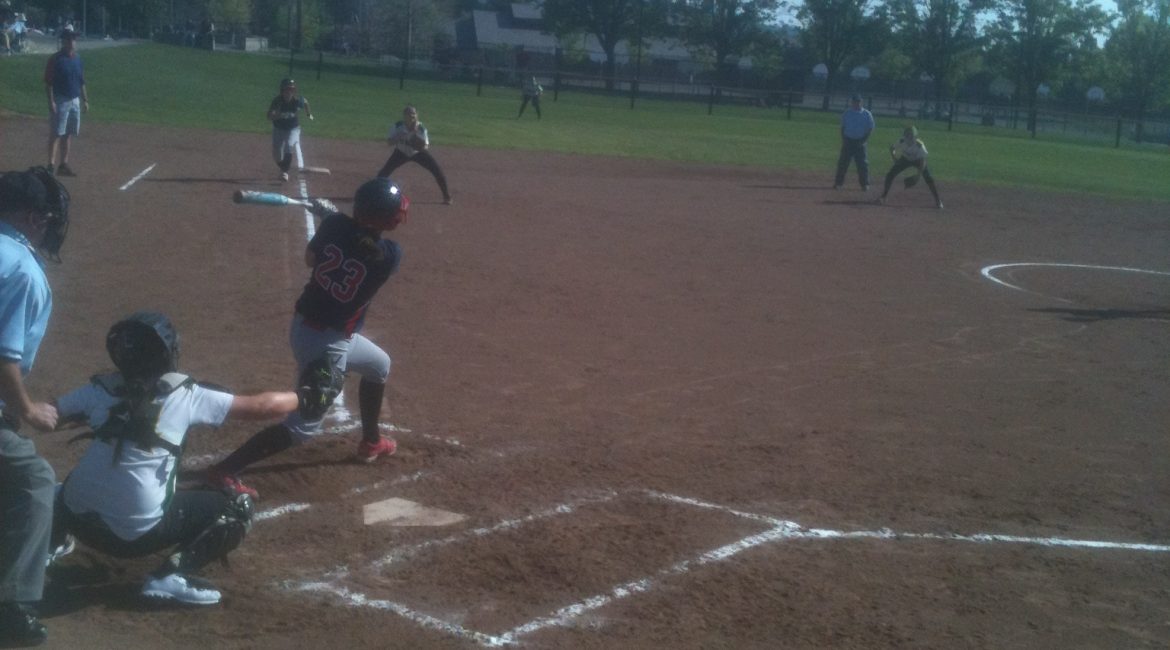 So the week begins.

It begins with a bang.

Angelica Terrel did the banging by hitting a two out, two run homer in the bottom of the first.   That turned out to be the only scoring as No. 9 Windsor defeated No. 2 Maria Carrillo 2-0.

One week ago Maria Carrillo was the last undefeated team in the NBL race.   Windsor lost its first league game to Casa Grande, which was the Gauchos first league win.

The homer for Terrel was on a 3-1 pitch and was her third of the season.    Windsor only had three hits, two of them by Terrel, who is now batting .605.   She hit a 3-1 pitch which also scored Ashlynn Wells, who drew a two out walk to get Terrel to the plate.

That was enough for sophomore Kaleo Pearl, who pitched her best game of the season, a four hit shutout, which was her second complete game of the season, her first shutout and raises her record to 3-1.  Pearl has had an up and down season.  She dropped her ERA to 3.42.   In one of her wins she gave up seven earned runs over four innings in a 17-7 win vs Piner.

Maria Carrillo’s best chance to score was the fifth.   With runners at first and third and two outs, Brittney Veler hit a fly ball to right that was run down in the gap by Maddie Pellman.   That was the only inning that Maria Carrillo had two runners on base.

Both of the two losses have gone to starter Robin Johnson.   You can’t blame her pitching.  The first loss was the nine inning 3-2 loss to Santa Rosa last Thursday.   In the two games she has given up three earned runs in 15 innings and struck out 22.   Her ERA on the season is 1.00.

Monday’s game was a rain make up and with it being a regularly scheduled Tuesday and Thursday in the NBL Softball race; it was the first of three games in a four day period.   On Tuesday, Windsor makes the trip to Ukiah, while Maria Carrillo has a home game with Montgomery.   The other two games are No. 7 Cardinal Newman at Casa Grande and No. 6 Santa Rosa at No. 5 Rancho Cotate.

It is easy to forget about Ukiah and its 4-8 record, but they have played four league games and are 2-2, so a win over Windsor would move them into a tie with them in the loss column.   Ukiah started the season 0-5.  They also started the league race 0-2, losing on the road to Rancho Cotate and Maria Carrillo by a combined score of 22-1.    This is a start of five games for Ukiah, in the next ten days.  The streak ends with back to back games against Cardinal Newman, next Wednesday and Thursday.

Rancho Cotate (3-2) is facing the same situation with the home game with Santa Rosa (4-1).

Everybody is scheduled to play Tuesday afternoon, except for the NBL Boys.

This is the first of two games between the two teams.   They are the only undefeated teams in the league race.  Every other team has at least two losses.

Two of three undefeated teams in the NCL I race.  The other one is No. 3 Cloverdale.   Clear Lake at 9-3 wasn’t mentioned in the YSN365.com rankings and they should have been.    Fort Bragg is 3-9 overall and 0-3 in NCL I play.

NCL I Baseball:  No. 6 Clear Lake at Fort Bragg

Similar situation to the softball game between the two, except Clear Lake has a one game lead over Willits and Fort Bragg.   Clear Lake is mentioned in the YSN365.com.   Fort Bragg over all is under .500.

That is it for games with leaders meeting leaders.

SCL Baseball has a full schedule and is one day away from the Analy-Petaluma showdown on Thursday.   Both teams are home Tuesday afternoon, with No. 1 Petaluma meeting Piner and No. 4 Analy going against Healdsburg.