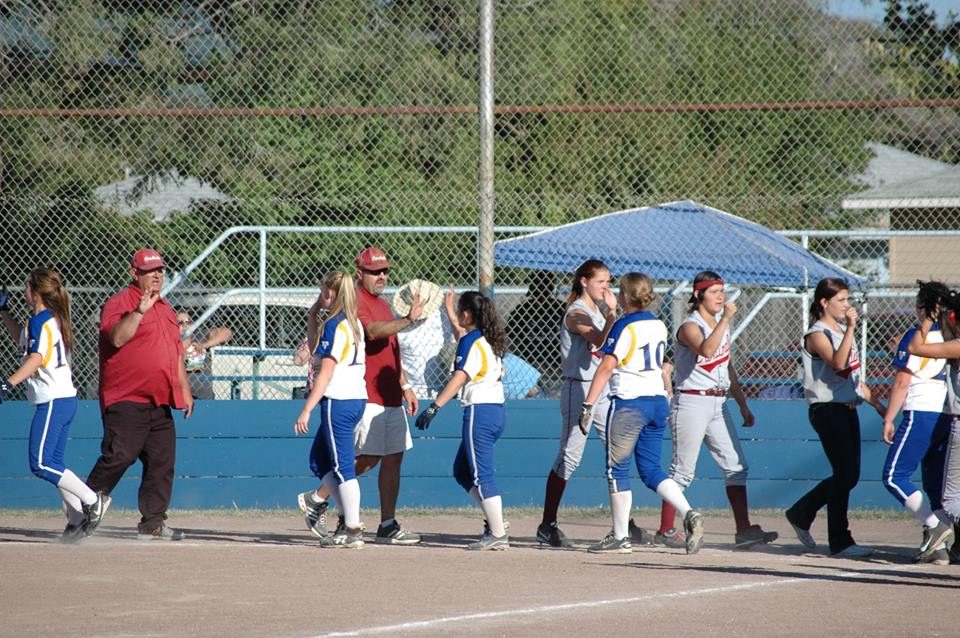 Since 2010, whether the league was called the NCL I or the NCL I South, in the softball race, Clear Lake finished second to Cloverdale or Cloverdale finished second to Clear Lake.  During that time, Clear Lake has won seven of the twelve head to head games.  Six of the games were decided by one run, three of those in extra innings.  One of those was an epic eight inning game in 2011, when Clear Lake rallied from 15-0 deficit to take a 17-16 win.  Another extra inning game was this year, which was more softball like, a 13 inning 2-1 Clear Lake win.
This season the two teams couldn’t decide things during league play, so they needed a tie-breaker game for the automatic berth for the North Coast Section playoffs.  Of course, it was a one run game.  Cloverdale scored all its runs in the fifth and held on for a 4-3 win.  The game ended in typical fashion, at least for this rivalry.  Clear Lake scored two runs in the bottom of the seven to make it the one run game and had the tying run thrown out at the plate by Josie Marrufo.
That was part of a big game by Marrufo.  The sophomore had two hits and a walk and scored a run in the three run rally. Four different players, all juniors, drove in the runs in the rally.  One of them was Bailey Stewart, who scored one and drove in another.
One of the juniors that was part of the rally, was starting pitcher Teanne Edens, who also pitched her 22nd complete game of the season to raise her record to 19-4.  She has an ERA of 1.37.
Cloverdale has a ten game winnings streak, the last loss was that extra inning game vs. Clear Lake, and is 19-4 on the season.
Clear Lake had a thirteen game winning streak snapped and is 17-6.
The game ended both the regular season and championship week which baseball and softball had a combined had fourteen games.  Six of them were one run games, including all three in the SCL Baseball Tournament.  Two games went into extra innings.
Here is the recap of the week.
BASEBALL
NBL POST SEASON TOURNAMENT
FIRST ROUND
Casa Grande 5 Ukiah 2
Cardinal Newman 5 Maria Carrillo 4 (10)
CHAMPIONSHIP GAME
Cardinal Newman 2 Casa Grande 0
SCL POST SEASON TOURNAMENT
FIRST ROUND
Sonoma Valley 3 Piner 2
Petaluma 2 Analy 1
CHAMPIONSHIP GAME
Sonoma Valley 8 Petaluma 7 (9)
NCL II (For Regular Season League Championship)
St. Vincent 7 Sonoma Academy 0
SOFTBALL
NBL POST SEASON TOURNAMENT
FIRST ROUND
Rancho Cotate 10 Montgomery 3
Ukiah 7 Maria Carrillo 0
CHAMPIONSHIP GAME
Rancho Cotate 16 Ukiah 8
SCL POST SEASON TOURNAMENT
FIRST ROUND
Petaluma 17 Piner 1
Analy 6 Sonoma Valley 2
CHAMPIONSHIP GAME
Petaluma 8 Analy 7
NCL II TIE-BREAKER GAME
Calistoga 6 St. Vincent 4
NCL I TIE-BREAKER GAME
Cloverdale 4 Clear Lake 3
Next up is the North Coast Section Playoffs.
My email address is jacpasquini@comcast.net