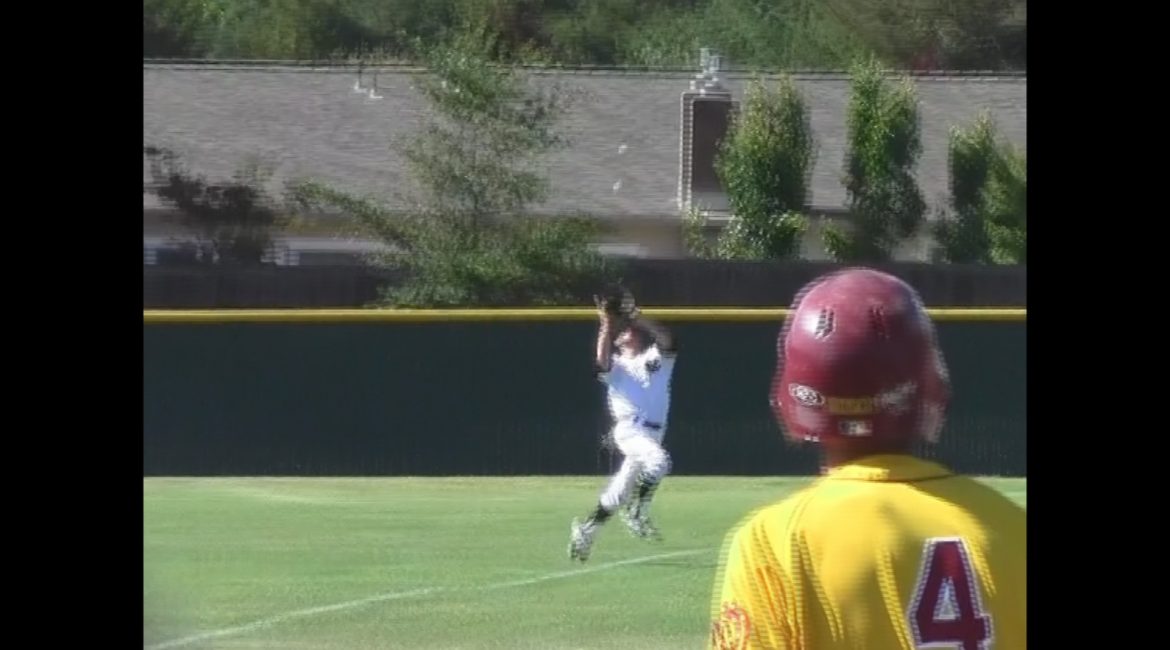 Sometimes things work out.  Not always, but sometimes.

In this case they have.

Having to take a road trip they didn’t expect, Montgomery opened up the North Coast Section playoffs with a 6-1 win over Concord.   It was almost like the baseball gods stepping in and saying no-no-no, this isn’t right.  After having that home game stolen from them in Round One, they get one in round two.

It turned out Montgomery had enough runs in the win over Concord in the first inning.   Mitchell West hit a two run single to give them a 2-0 lead before the defense had to take the field.   Once the defense took the field they were in good hands.    The hands and arm belonged to Jared Noonan, who pitched a complete game four hitter.

Noonan’s arm was pretty good, but so was the Montgomery defense, which turned three double plays.    The biggest defensive play wasn’t a double play though.   That came in the bottom of the fourth.   Montgomery went into the inning with a 5-0 lead, but the control of the game they had was in jeopardy when Concord scored a run and then loaded the bases with two outs.   Mateo Sandoval roped a line drive to right field, Kiel Long made a diving catch for the third out, on a play that saved at least two runs.

The last nervous time for Montgomery was the sixth, when Concord had two men on with one out and they turned their third double play of the game.   Noonan retired the side in order in the seventh for his fifth complete game of the season and to raise his record to 8-2.

Zac Merriken had his first four hit game of season, as he raised his batting average to .484.   Two of his hits brought in runs, one in the fourth and the other in the sixth.  Merriken started the first inning run rally with a single and scored the first run of the game.

Montgomery won a game that looks, in the bracket, like an upset with a No. 11 beating a No. 6.  What makes you think that the baseball gods might have been looking over the Vikings shoulders is that while they were winning their game, No.14 Newark Memorial shut out No. 3 Clayton Valley Charter 3-0.    So Montgomery, who is 18-7 on the season, will host Newwark Memorial in a second round game on Friday.

The Montgomery win was part of a 3-0 day for the local teams in Division 2.  One of the other wins went according to form with the seedings, the other didn’t.

The game that went to form was No. 4 Maria Carrillo defeating No. 13 Northgate 4-0.   The winning streak is twenty two straight and the Puma record is now 25-2.

The Maria Carrillo game was in some ways similar to the Montgomery game in that because of some solid pitching and defense they had enough runs in the first inning to advance.

Peter Hoge pitched a complete game five hitter and was backed by a defense that turned two double plays.   Hoge was able to get through a couple of jams in the early innings.   In the second inning, the first two batters reached base, but they weren’t on base at the same time.  After issuing his only walk of the game, Catcher Keith Wallach picked the runner off first base.   Then after giving up a single, he got out of the inning on the first of the two Puma double plays.

It got even more serious in the third inning, when thanks to a hit and an error, Northgate had runners at first and third with one out.   But Hoge got a pop out and a fly out to end the inning.

Hoge had one more little landmine to get out of in the sixth, when the first two batters got on base with singles.     He then retired the next six batters to secure the win.

The other side of the bracket went to form, so Maria Carrillo will host No. 5 Marin Catholic on Friday.   Marin Catholic defeated No. 12 Alameda 11-1 in a game called after five innings because of the ten run rule.

In the game that didn’t go to form, No. 10 Petaluma recovered from a shot to the stomach and defeated No. 7 Livermore 6-3 in nine innings.

Petaluma looked like they wouldn’t need the extra innings.   They were one out away from a 3-1 win when Livermore hit back to back triples and a double to force extra innings.

After both teams had runners at first and second in the eighth and failed to score, Petaluma made things right with a three run ninth.   Austin Thomason drove in what turned out to be the game winner with a single and Ben Sanderson, who was on the mound in the seventh, added some insurance with a two run single.   Sanderson had started the scoring with a fourth inning homer, his first of the season and the Trojans second.

Petaluma scored single runs in the fifth and sixth innings on two clutch two out hits.  In the fifth, Austin Gabbert had an RBI single in a rally that started with two out and no one on base.   In the sixth Luke Wheless drove in the third run with a single.

Wheless came into the pitch to get out of the seventh with the winning run at second and then pitched the eighth and ninth to get the win.

Petaluma is 20-7 on the season.  It is the first time since 2010 season that they have hit the twenty win mark.   They will meet the winner to today’s Cardinal Newman-College Park game.  If Cardinal Newman wins they will get to host, if College Park takes it, they will have to go on the road.

NOT SUCH GOOD NEWS FOR SCL

If you go by the brackets, this looks like an epic upset as No. 16 JFK of Fremont defeated No. 1 Analy 2-0.   But before the print was dry on the bracket it was obvious this wasn’t your normal No. 1-16 game.

The win gives JFK of Fremont an official record of 11-14.   The Titans had to forfeit eight wins for using an eligible player.   Four of the forfeits were league games which would have given them the league championship.

How that was resolved is unknown, but one thing they did have was  pitcher Cal Stevenson, who pitched a complete game three hitter.   Stevenson was dominating, strike out 15.  He struck out at least two in six of the seven innings.   He struck out eight batters without throwing a ball and struck out the side in the fourth inning on ten pitches.   According to MaxPreps he is 6-1 on the season, although that seems way wrong.   He pitched in several forfeit games.   His 15 strike outs are not a season high. He had a 16 strikeout game against Freedom in a game he left after eight innings in a 1-1 tie.  They lost that game in the ninth 6-1.

Analy only had one inning when they had more than one runner on base.  That was the seventh with two outs, but Stevenson got out of that with, of course, a three pitch strikeout.

It was a disappointing ending for Analy who saw a sixteen game winning streak snapped and ends the season 22-5.

There is one other SCL hope today.  No. 13 Sonoma Valley travels to No. 4 Pinole Valley.

In another Division 4 game No. 5 Clear Lake edged No. 12 St. Helena 5-4.  Clear Lake took an early 5-0 lead and held off as St. Helena, scored all its runs in the fourth and had the potential tying run thrown out at the plate.

Clear Lake is 20-5 on the season and they will meet the winner of today’s Middletown-Fortuna game.   It is the first time in the Max Preps era that Clear Lake has won twenty games.

In Division 5, George Sammons hit a two run triple in a four run sixth as No. 9 St. Vincent rallied to defeat No. 8 College Prep 4-1.  Liam Galten pitched a complete game, only allowing an unearned run in the third, as St. Vincent goes to 17-8.  They will travel to No. 1 and two time defending champion Head Royce on Friday.

In Division 6, Devin Dooley hit a bases loaded two out double in the ninth to provide the winning runs as No. 6 Mendocino defeated No. 3 Tomales 6-3.   Mendocino will meet the winner of today’s No. 3 Rincon Valley Christian at No. 6 Point Arena in the second round.