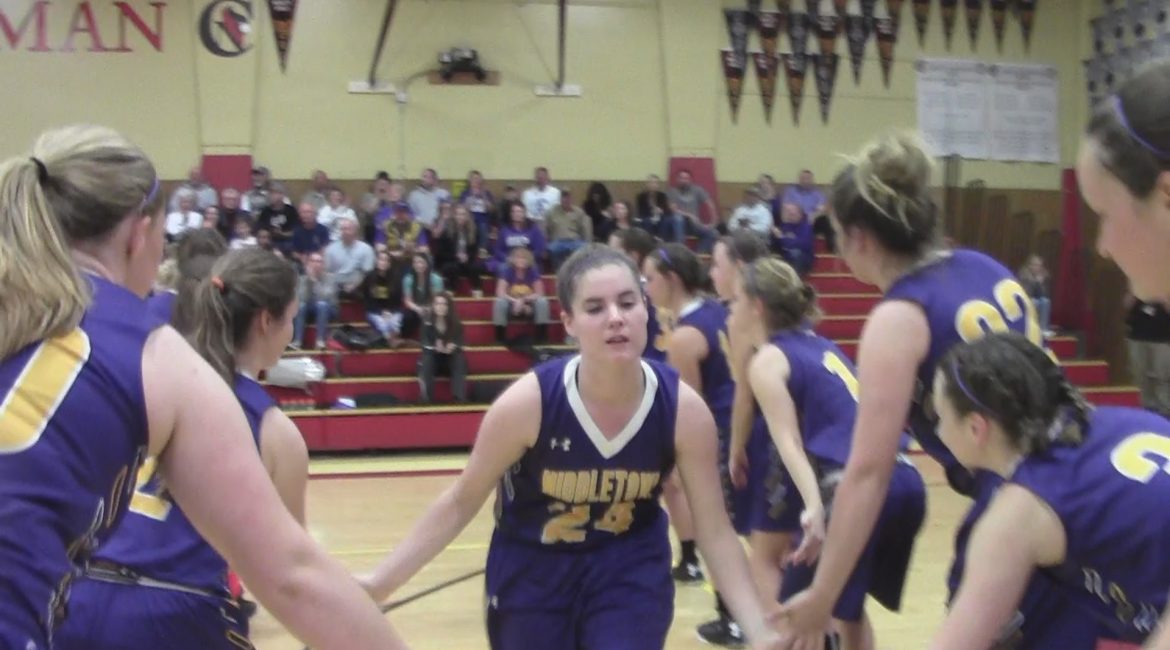 Saturday night belonged to the home teams. Actually locally the whole weekend belonged to the home teams. There were fifteen games involving local teams in Round Two and the home team went 14-1.
Montgomery fans have to love that stat.
There are six local teams still going, split right down the middle between Boys and Girls teams. One school has both the Boys and Girls team going and that is Montgomery. All the teams left qualify for the Nor Cal playoffs, no matter what they do in the next round.
Three of the six teams that made the NCS Semi-Finals have home games. All the North Coast Section Semi-Final are on Wednesday.
The weekend results and schedule is below the recap of Division 4-6.
DIVISION 4
The examples continue to show up that the NCL I doesn’t belong in this division. Middletown and Kelseyville tied for the league championship and lost to No. 1 and No. 2 of this bracket by 55 and 41 points.
It bears repeating that this doesn’t mean Cardinal Newman doesn’t belong here. It takes a special team from even Cardinal Newman to make a big run in the bracket. The Cardinal Newman Boys team was good, not special.


The Cardinal Newman Girls are special.
The Cardinal Newman Boys went on the road to meet No. 1 Salesian. The main thing you can say is it wasn’t a blowout. Salesian defeated Cardinal Newman 62-44 in a game they had control of in the first half, jumping out to a twenty point lead. Salesian has won four of six NCS Division 4 Championships.
The Cardinal Newman Boys end the season 20-10.
The Cardinal Newman Girls were matched up against one of the NCL I teams and barely broke a sweat in a 63-22 win over Middletown. Cardinal Newman led 25-4 after one and raises their record to 26-4.
The Division 4 bracket went the way as expected. The top four seeds are in the semi-finals. Of the four games Saturday, one was decided by less than ten points. That was No. 3 St. Mary’s defeating No. 6 Marin Catholic 59-53. St. Mary’s has won five of seven NCS Division 4 section championships and plays at Cardinal Newman on Wednesday.
DIVISION 5
It was a split for the Cloverdale teams in two entertaining games.
The No. 5 Cloverdale Boys traveled to San Francisco and dropped a 66-52 game to No. 4 Stuart Hall. Stuart Hall jumped out to a ten point halftime lead. Each team scored 20 points in the third quarter. Jayson McMillan scored 25 for Cloverdale who ends the season 26-5.
The No. 2 Cloverdale Girls survived as they edged No. 10 College Prep 46-42. This was a game from the start and wasn’t decided until Karsyn Stewart hit two free throws with :07 left to put things away. It was part of a 12 point night for Stewart. Angel Bernardi led Cloverdale with 23 points as they raise their record to 24-7.
The Division 5 Girls bracket also has the Top Four in the semi-finals. Cloverdale host No. 3 Urban on Wednesday.
DIVISION 6
Went from six teams to two in the Division and one is guaranteed to be in the NCS Championship Game. That is because No. 3 Archbishop Hanna is at No. 2 Anderson Valley in the Semi-Final on Saturday. Both had twenty plus point wins to advance.
The only local team in the division that didn’t have a twenty point game was the Round Valley Girls who went on the road and lost to No. 4 CSD Fremont 38-34.
SCOREBOARD AND SCHEDULE
DIVISION 2
BOYS
No. 8 Montgomery 53 No. 1 Windsor 51 (OT)
WEDNESDAY
No. 8 Montgomery (17-11) at No.4 Newark Memorial (20-8)…7 pm
GIRLS
No. 4 Montgomery 54 No. 5 Concord 48
WEDNESDAY
No. 4 Montgomery (20-9) at No. 1 Carondelet (21-6)…7 pm
DIVISION 3
BOYS
No. 1 Moreau Catholic 83 No. 8 Analy 40
Analy ends the season 20-9.
GIRLS
No. 3 Campolindo 72 No. 11 Sonoma Valley 41
Sonoma Valley ends the season 21-9
SATURDAY
DIVISION 4
BOYS
No. 1 Salesian 62 No. 8 Cardinal Newman 44
Cardinal Newman ends the season 20-10
GIRLS
No. 1 Salesian 73 No. 9 Kelseyville 18
No. 2 Cardinal Newman 63 No. 7 Middletown 22
Kelseyville ends 23-6…Middletown ends 23-7
WEDNESDAY
No. 3 St. Mary’s (17-12) at No. 2 Cardinal Newman (26-4)…7 pm
DIVISION 5
BOYS
No. 4 Stuart Hall 66 No. 5 Cloverdale 52
Cloverdale ends 25-5
GIRLS
No. 2 Cloverdale 46 No. 10 College Prep 42
WEDNESDAY
No. 3 Urban (22-7) at No. 2 Cloverdale (24-6)…7 pm
DIVISION 6
BOYS
No. 1 Emery 61 Rio Lindo Adventist 36
No. 2 Anderson Valley 72 No. 7 St. Elizabeth 48
No. 3 Archbishop Hanna 70 CSD (Fremont) 44
Rio Lindo Adventist ends 19-6
WEDNESDAY
No. 3 Archbishop Hanna (25-4) at No. 2 Anderson Valley (21-5)…7 pm
GIRLS
No. 1 St. Bernard’s 53 No. 8 Rincon Valley Christian 28
No. 4 CSD Fremont 38 No. 5 Round Valley 34
No. 2 Emery 50 No. 10 Point Arena 30
Rincon Valley Christian ends 20-9
Round Valley ends 18-8
Point Arena ends 15-12
My email address is [email protected]
Share