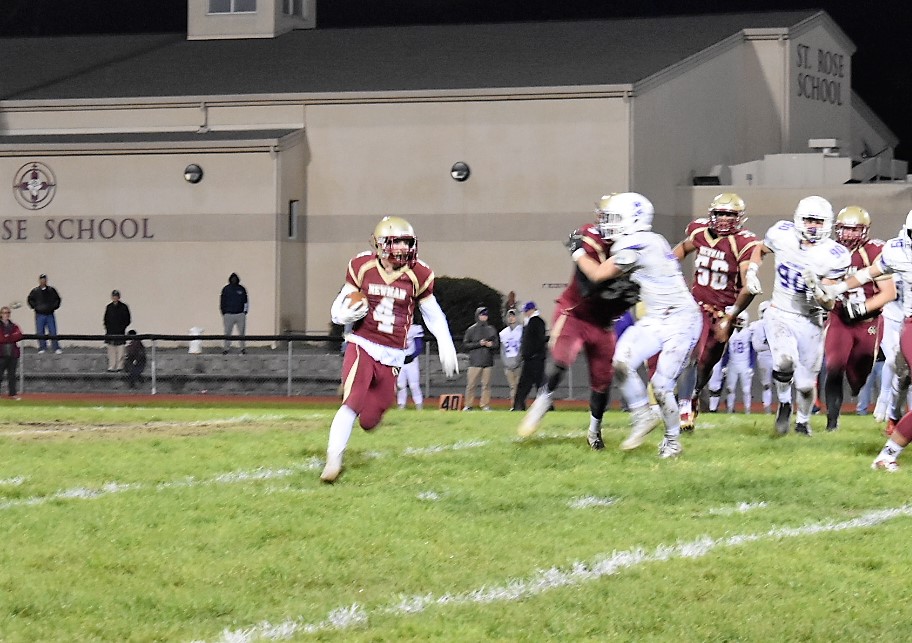 3 local teams will compete for section championships this weekend. Windsor, Cardinal Newman, and Fort Bragg will all be playing in their respective division championships. Here’s who they’re playing.


Windsor will make the long trip to Diablo Valley College and face the number one seed Campolindo. Jacob Westphal will lead the Cougars in their shot for another NCS championship, but this time at the division 2 level. Noah Logeligher will lead the Campolindo running attack. For Windsor on defense, it will be up to Bas Osborn and Justin Faagatta to stop the potent Campolindo attack.

Cardinal Newman has breezed through the the first three rounds of the playoffs after a bye in round one, and two blowout wins in round two and three. This week, they’ll face the St. Bernard’s Crusaders, who happen to be the defending State Divison V-A Champions. Jordan Brookshire ran for three touchdowns last week and got Tanner Mendoza and Beau Barrington in on her action. For the Crusaders, Jack Rice has been averaging about 380 yards of total offense. 256 in the air and another 117 on the ground. He’ll need to step up big for St Benards to have a chance to defend their state championship.

Divisíon 5
Lucas Tripplett will lead Fort Bragg over to Alhambra HS for the NCS D5 Championship vs St Patrick-St Vincent. His 290 yards of total offense will have to show up for the 11-1 Timberwolves. The game is Saturday night at 7pm at Alhambra HS.