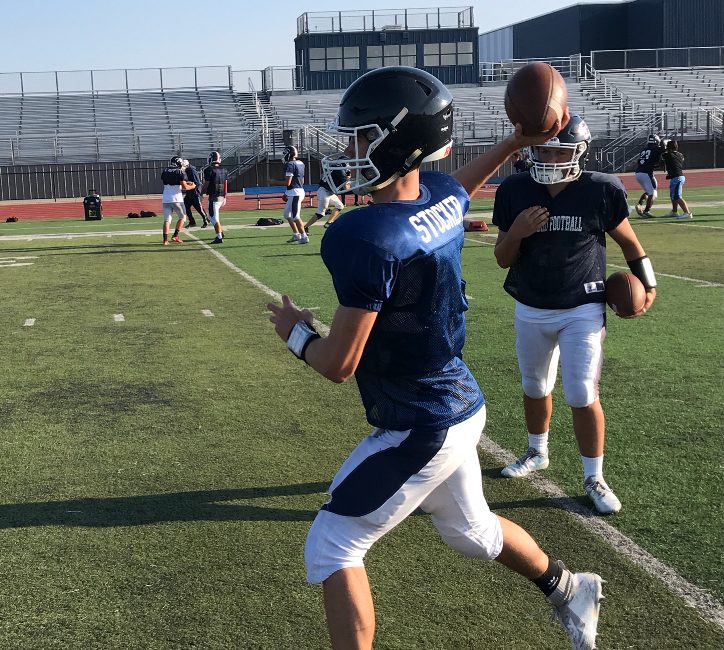 A very somber day for Northern California as another wildfire has struck and has spread all across the state. In times like these, we put our student athletes first. With that, the NCS announced that a majority of the games in the section would be moved to Monday night.

Among those are the games that were supposed to take place in Sonoma County. Encinal-Cardinal Newman and Rancho Cotate-American Canyon will be played on Monday night. Hey, either of those could be better than the 49ers-Giants game.

It will be Veteran’s Day NCS Football. All NCS games will be played Monday night with the exception of San Marin-St. Bernard’s, Stellar Prep-Berean Christian, and in the 8-man bracket, Tomales-Branson. All three games will kick off at 1pm.

There are a few local teams playing Friday night. Vintage, the number 8 seed in Division 1 is playing at number 1 seed Antioch tonight, and Justin Siena also travels to the top seed, this one, Del Norte.

The Cardinal Newman-Encinal game will kick off at 7pm on Monday Night, and we will have video highlights of that contest. Encinal is coming off of their big win over Petaluma last week.

Rancho Cotate-American Canyon will also kick off at 7pm on Monday night. American Canyon is off of their win on the road against Montgomery, while Rancho comes off their first round win over Casa Grande.