NCS PLAYOFF RECAP: ANOTHER CLOSE (AND CONTROVERSIAL) LOSS FOR PETALUMA 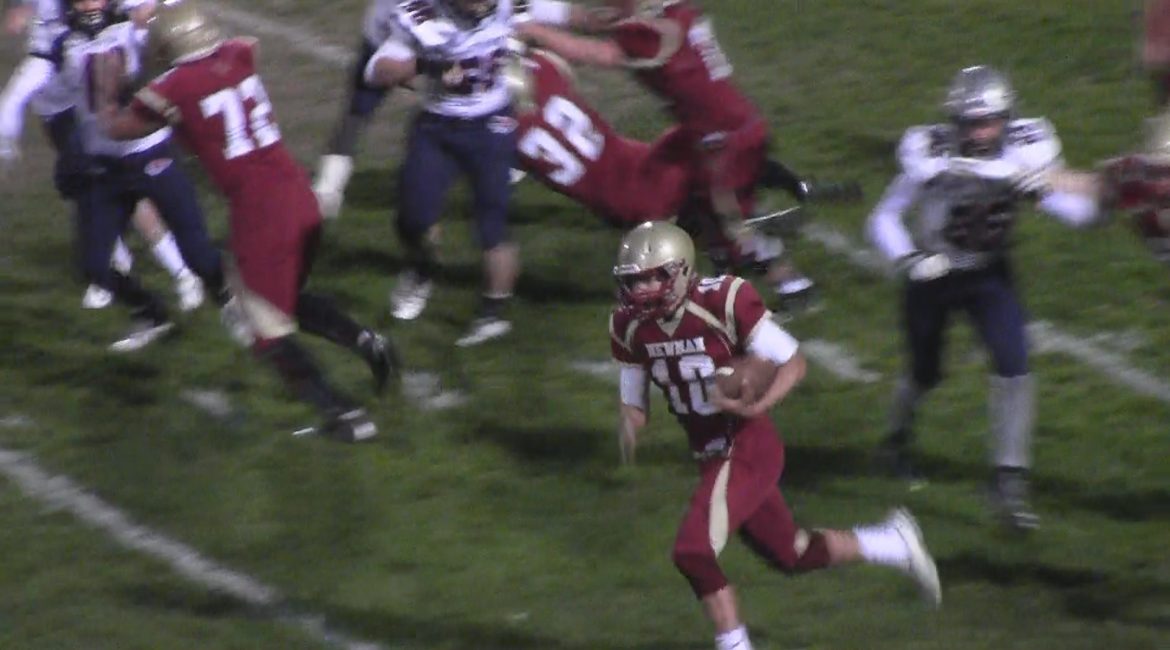 There might be a rule somewhere deep in the high school football rule book that says when Petaluma and Rancho Cotate meet in the playoffs, controversy has to part of the equation.
Rancho Cotate defeated Petaluma 35-28 in what, may have been the best playoff game of the weekend.

Unfortunately the game is being remembered for a play that apparently, at the very least, cost Petaluma a chance to win the game.
Before going too much into that, I will come clean. I wasn’t at the game. I had planned to be, but the day just got too long. I went to Marin Catholic for some of that game against Fort Bragg. Then I hustled to the KSRO studios for the coverage of the SRJC game. The mental part of me had planned that if things were close at the Rancho Cotate game, I would run over there at the end of the JC game. The game was close, but I guess you could say I’m not as young as I used to be and pased on it.
When I got home a post on the YSN Facebook page popped up. It said, “Petaluma recovered a fumble and returned it for a 57 yard gain with 2:52 left but didn’t count due to an inadvertent whistle blown by the line judge.” That post came after the post with the final score.
There has been some reaction. Petaluma fans are angry. A Petaluma city councilman called it “the worst call ever”. Then there was a view that I received from a Rancho Cotate fan that said it didn’t cost them the game. It stated had the fumble been called, Rancho could still have stop them.
The Press Democrat version of the events written by Peter Fournier said, “What could have been a fumble recovered for a touchdown turned into a second-chance for Rancho Cotate.” In the same article Moziah Ward says he was down.

I just saw the video and it was obviously a fumble.  Remember Petaluma would have still be behind by one.  Would they have gone for two?  Who knows what would happen next.  It is too bad that happened.