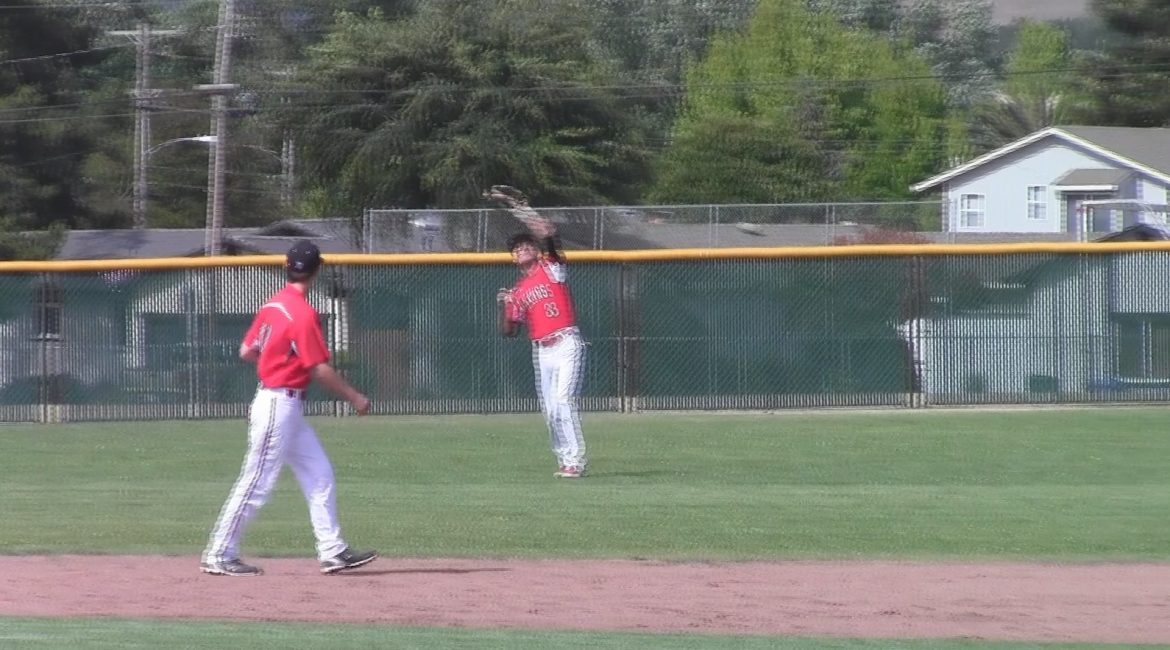 The Division 2 teams from Petaluma combined to give up seven hits and both still saw their season come to an end.   That is because neither team scored and combined for only five hits.

That was part of another long day for the local teams in both baseball and softball, in which one team advanced to the semi-finals.   That is the two time defending Division 5 Softball Champions, St. Vincent.

The only other team still going for the local area is Montgomery.  They will meet College Park in one of the Semi-Finals, on Wednesday.     College Park defeated Petaluma on Saturday 6-0.    Joe DeMers pitched a complete game holding the Trojans to three hits and striking out eight, as he raises his record to 11-2 and drops his ERA to 0.53.   He has given up six earned runs in 79 innings this season.  It was his seventh complete game.  Nick Oar hit a two run homer in the second inning to start the scoring as College Park raises its record to 25-3 on the season.

Meanwhile Casa Grande was in a tight pitching duel for the second straight playoff game.  As in Round One, the final score ended 1-0.   Washington scored the game’s only run without a hit.    A hit batsman, an error on a pick off attempt, a sacrifice bunt and a sacrifice fly did the trick.

Dominic Garihan led off the third with a single for Casa Grande.   That turned out to be the only hit off of senior Jacob Call, who struck out a season high ten and raised his record to 6-4.

Casa Grande’s best shot was the sixth when Call walked two of his three batters, which put runners on first and second with one out, but the Gauchos couldn’t come up with the game tying hit.

In Division 3, Sonoma Valley also was held to one hit as they dropped a 10-0 decision in Eureka.  The Dragons finish 13-14 on the season.

In Division 4, Clear Lake also made the long trip up north and dropped a 4-3 decision to Fortuna.  Fortuna scored all its runs in the first inning.    Clear Lake ends the season 20-6 on the season.   Fortuna has advanced to the semi-final game against No. 1 Justin Siena by defeating two NCL I teams at home.   In Round One they defeated Middletown 4-2.

To get the bad news out of the way Santa Rosa and Cloverdale both were defeated in Softball in two different kinds of games.

For Cloverdale it was heartbreak, as they gave up four runs in the top of the seventh in a 6-4 loss to Moreau Catholic.   Veronica Mora hit a two run single to bring in the tying and winning runs.

The teams that won, beat another local team, one baseball and one softball.

Baseball was in the Division 6 bracket, where Point Arena defeated Mendocino 13-3, which was a game between two NCL III teams.    Point Arena will try to make it two section championships in three years when it travels to No. 1 St. Bernards next Saturday.

The softball game was between two NCL II teams, where St. Vincent moves on with a 9-4 win over Calistoga.

Calistoga did accomplish a couple of things against the NCL II Champions this season.   In the second league game, they scored the only runs that St. Vincent allowed all league season in a 10-3 loss.   In this game they scored a first inning run to take the lead.

The lead lasted until the bottom of the second when St. Vincent tied the game and then they took control of the game with a four run fifth and three run fourth.

St. Vincent raises its record to 15-7 and will travel to No. 3 Ferndale on Wednesday for the semi-final game.

In Saturday’s game, Ursyla Baumgarten hit her second homer of the season, a three run shot which broke the 1-1 tie in the third.   Mary Cerf followed with her first homer.  That supported Hayley Olson, who after starting the season 0-4 has won eight straight decisions.   Olson left the game in the fifth inning because of an injured knee.   She says she will be ready for the Wednesday’s game against Ferndale.

Maria Carrillo’s Keith Wallach is doing fine.   He paid a big price for starting what at the time looked like a winning two run rally in the bottom of the sixth, which broke a 2-2 tie in its game with Marin Catholic when he got hit in the head with a pitch.   He did suffer a concussion, but his family says he is doing okay and should have a complete recovery.

Of course, Casa Grande was the No. 16 seed in Division 2 and defeated four time defending champion Campolindo in the first round.  As local fans know, they weren’t the only No. 16 team to win in the opening round.  In Division 3, JFK of Fremont defeated Analy.   Like Casa, JFK didn’t get past the second round either losing to Alhambra 7-1.