NCS PLAYOFFS MOVE TO ROUND TWO 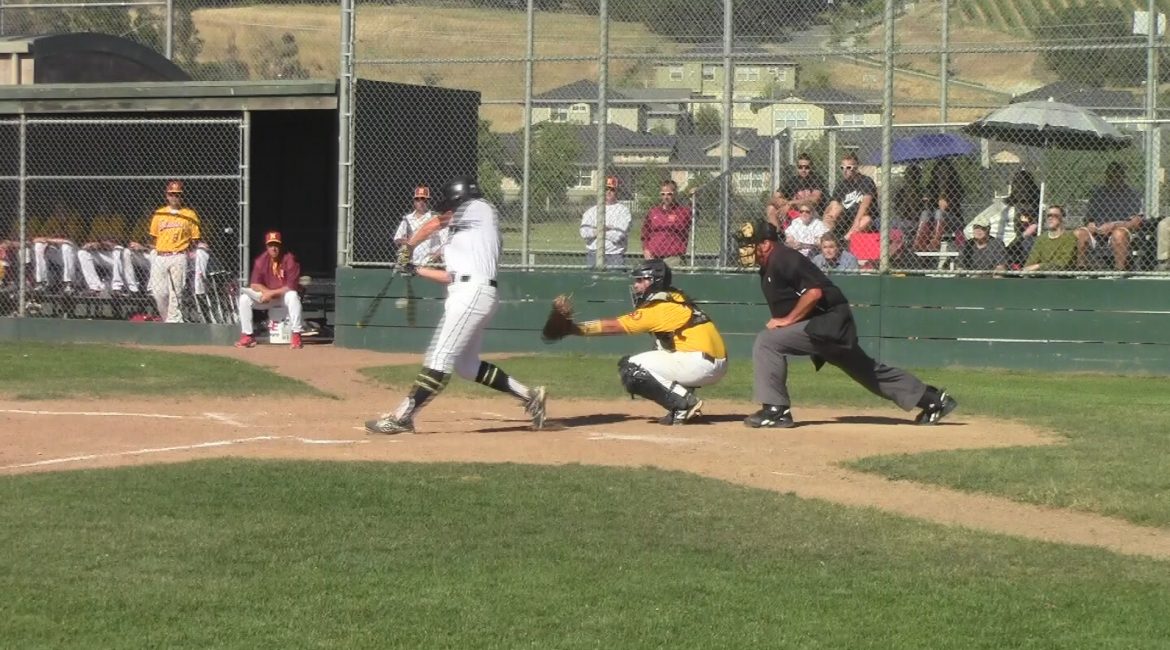 What I’m (or she  is) talking about is about my rant about the Division 2 baseball playoffs and how bad and unfair they were.  Since the NBL had such a good week, it makes it seem my rant was on point.

I don’t really buy into that completely.   The NBL could have had a 0-4 week and I would have still thought the brackets were bad.    You hear that a lot, especially in the most famous set of brackets the NCAA version of March Madness.   There is uproar over a pick and then that team surprises people one way or another and the experts who screamed then seem to back off and say I guess the committee was right.   If it was a bad pick, it was a bad pick no matter how it plays out and the NCS Division 2 baseball bracket was bad.

One outlet didn’t exactly point out my rant, but in a way it did, by calling in the North Bay-East Bay debate comical.  He mentioned the lack of titles for the North Bay since the merger six years ago, which is something I mentioned in my rant.   The bias in this bracket was over the top though.

Of course ,if the NBL would have gone 0-4 and I would have complained again it would have sounded like a bitter parent defending its kid.   So thanks NBL for having the good week.

Not too long after the NCS playoffs were posted, besides my rant about the Division 2 playoffs, I also posted a story that the Division 3 bracket had the looks of a set up.  I said that a little tongue in cheek but Analy being the No.1 raised many eyebrows.   There was joy for Analy around here until it was realized who their first round opponent was.

Baseball, more than any other sport, is subject to the upset.   A bad team beats a good team in baseball more than in any other sport.     That is not say the two No. 16 seeds are bad teams, I am just saying that is what happens in baseball.   A No. 1 vs. No. 16 game in football usually ends up 52-7 and in basketball the score is usually around 84-36.  Baseball you have a running chance and it comes down most of the time to pitching and both No. 16 seeds that pulled it off had pitching.

The early exit shouldn’t take away from Analy’s season, in which they went 22-5 and went through the SCL undefeated for the second straight season and followed that up by winning the SCL post season tournament.

The only thing they couldn’t control was the playoff draw.   If it makes them feel better, four time Division 2 champion Campolindo as a surprise No. 1 didn’t get a very good draw either and paid the same price.

The last team to win an NCS Division 2 championship besides Campolindo was Clayton Valley in 2009.

Since the North Bay Merger in 2009, getting to round two in the Division 2 bracket hasn’t been the problem for  Sonoma County teams, but winning in Round Two has..   They are 5-11 in this round and two of the wins were against other Sonoma County teams.

On March 20th, Sonoma Valley lost to Eureka in the Casa Grande Adam Westcott Memorial Tournament 6-4.   Sonoma Valley had a 4-3 lead going into the sixth when Eureka tied it and won it with two in the seventh.

Acalanes has won three straight titles, which is now the longest streak in North Coast Section Baseball.  They are the No. 7 seed at are at No. 2 Drake, the team that most thought would be the No. 1 seed.

Why the baseball side of things outside of Division 6 hasn’t won a section title since realignment, the Softball teams have won a couple with Petaluma winning the Division 2 title in 2011 and Cloverdale taking Division 4 in 2010.

Another dynasty of sorts has been stopped in the Division 2 Softball bracket.  Concord had won three of the last four section championships.  They were a No. 11 seed and were defeated by No. 6 Newark Memorial 9-0 in the first round.