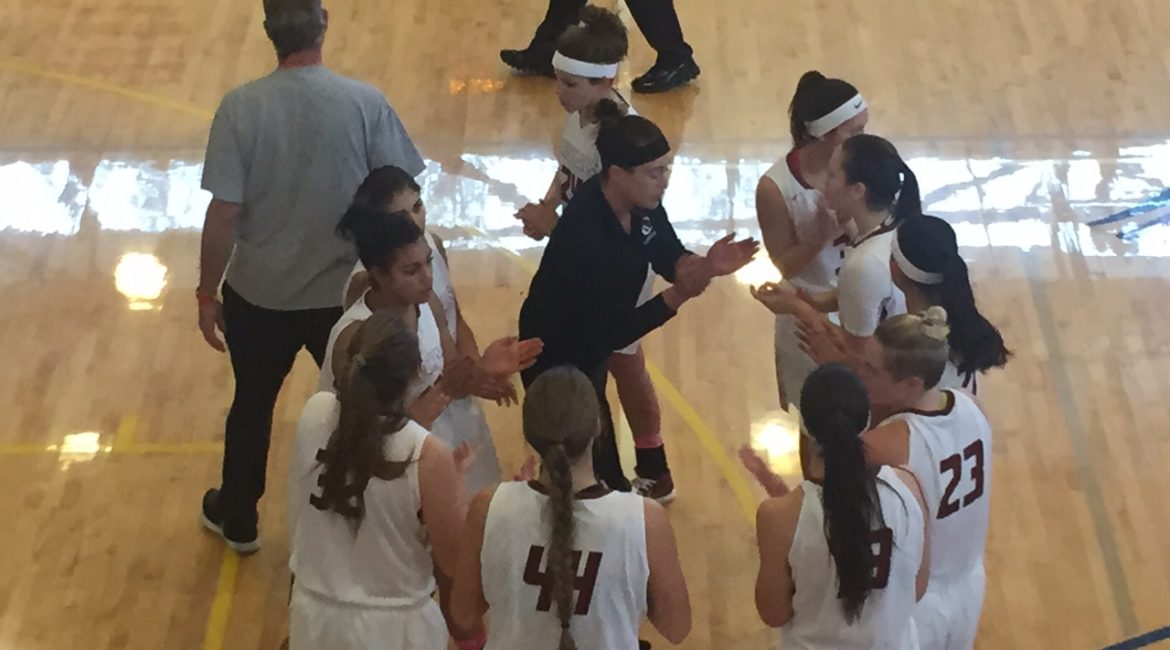 The North Coast Section Playoffs begin tonight for the larger schools, Division 1, 2 and 3. The smaller schools in Division 4, 5 and 6 take their turn on Wednesday.  Round two is on Friday and Saturday.


Yesterday we wrote about the Large Schools, today is the Small Schools turn, but first a comment about the Santa Rosa Girls. Yesterday I mentioned the reason the committee would try to justify the selection and it had to do with a head to head game. I have said before that too much weight is given to head to head pre-league games, this is any sport. On December 19th, while most of us were getting ready for Christmas, Santa Rosa hosted Clayton Valley Charter and lost 43-30. Clayton Valley Charter is a No. 16 seed.
Every other stat gives Santa Rosa the edge and a wide edge. The final power rankings have Santa Rosa at No. 9, which seeding wise is almost a home game and Clayton Valley Charter at 17. Santa Rosa had a tougher schedule, played in a tougher league and by the way they also had a better record. They had everything except that game on December 19th.
If you are going to schedule a pre-league game against a Division foe you, better play it like a playoff game or it might come back to bite you.
There always seems to be a major pick that doesn’t go the local world’s way and I’m guessing other sections have complaints too.
In pro sports there is a thing local fans like to use as an East Coast Bias. North Bay High School fans call some decisiosns like this an East Bay Bias. Santa Rosa is the only Division 1 team that isn’t in the East Bay.
As we move onto look at Division 4-6, draw your own conclusion.

DIVISION 4
Like the Windsor Boys there was hope that the Cardinal Newman Girls would get a No. 1. It didn’t happen and really wasn’t expected to happen. Cardinal Newman is No. 2 behind Salesian, who is the defending NCS Division 4 champions. In last year’s playoffs Salesian edged Cardinal Newman 57-55 in the semi-final game.
Actually Salesian has won two of the last four NCS Championships. The other two were won by St. Mary’s , who was the No. 1 seed last season and lost to Salesian in the championship game. This year they are the No. 3 seed. St. Mary’s is in the same league as Salesian and its only two league losses were to Salesian, plus they lost to them in the league’s post season tournament championship game. Two of the three games had over a twenty point differential.
That is the catch about this bracket. While Salesian and Cardinal Newman are a clear cut No. 1 and 2, Saint Mary’s being No. 3 might be by reputation. No. 4 Arcata and No. 5 Piedmont were both higher in the power rankings than Saint Mary’s.
Cardinal Newman is in the conversation as one of the great local teams of all times. Starting Wednesday they start to add to the conversation.
Their first round game against No. 15 Berean Christian is the second game of a Boys-Girls doubleheader at Cardinal Newman. The Boys barely got a home game as a No. 8 seed and will meet Fortuna in the first game starting at 6:30. This is a rematch between the two schools that had a pretty exciting NCS Division 4 semi-final football game last December, won by Cardinal Newman 43-42.
Two other Boys teams in the Division are from the NCL World with No. 13 Kelseyville and No. 16 Roseland University Prep both going on the road.
As I have said before that the NCL teams don’t belong in Division 4. The best example of this is the Fort Bragg and Lower Lake Boys. They both fought Cloverdale most of the season for the NCL I title. Lower Lake actually met Cloverdale for the top of the league, with two games to go. Both teams didn’t make this bracket.
There is four other Girls teams in the bracket. The tie-breaker situation in the NCL I got Middletown, who is a No. 7 seed, a home game against No. 10 Fortuna. The loser of that tie-breaker situation, Kelseyville, is the dreaded No.9 and has to take the long trip to No. 8 Del Norte.
The other two teams No. 13 Healdsburg and No. 14 Clear, Lake also have road trips.

DIVISION 5
This No. 2 seed came out of the blue. The Cloverdale Girls were rarely mentioned in the NCL I race this season. Then last week they beat the co-champions on back to back days to win the League Tournament and here they are at No. 2, behind St. Joseph of Notre Dame who has won four of the last five section crowns.
Cloverdale is in another one of the Boys-Girls doubleheaders. The Cloverdale Boys, who won the NCL I regular season championship and the post season tournament, checks in at No. 5 and will play the first game starting at 6:30 against No. 12 Redwood Christian. That will be followed by the Girls Game against No. 15 Bentley.
Just in case you are wondering Cloverdale is happy to be back in Division 5 where they belong.
The only other team in Division 5 to get a home game is the Sonoma Academy Girls. The No. 7 seed hosts College Prep. If the brackets workout and a no upset Round Two would mean Cloverdale and Sonoma Academy.
The rest of the teams are on the road and two of them have the dreaded No. 9 seed, Mendocino for the Boys and St. Vincent de Paul for the Girls. That means a road game and if a win comes next probably comes a road game at No. 1. In the Boys bracket No. 16 Sonoma Academy already gets No. 1, as they go to St. Joseph Notre Dame.
Speaking of St. Joseph Notre Dame, the Pilots are  No. 1 on the Girls side too. On January 30th, they defeated Sonoma Academy 58-35. Sonoma Academy went into the game 17-0.
DIVISION 6
This has another local No. 2 seed. That is the Anderson Valley Boys who are one spot higher that Archbishop Hanna. It is the only bracket that has two local teams in the top three. The six teams in the Boys Division are the most local teams in any Division.
In all the brackets, there is just two head to head local matchups and they are both in this Division and are both No. 9 vs. No. 8 games. For the Boys it’s Point Arena at Rio Lindo Adventist. For the Girls it is Rio Lindo Adventist again, although they have to go on the road to Rincon Valley Christian.