NCS PREVIEW: MOVING TO ROUND 2…FINALLY 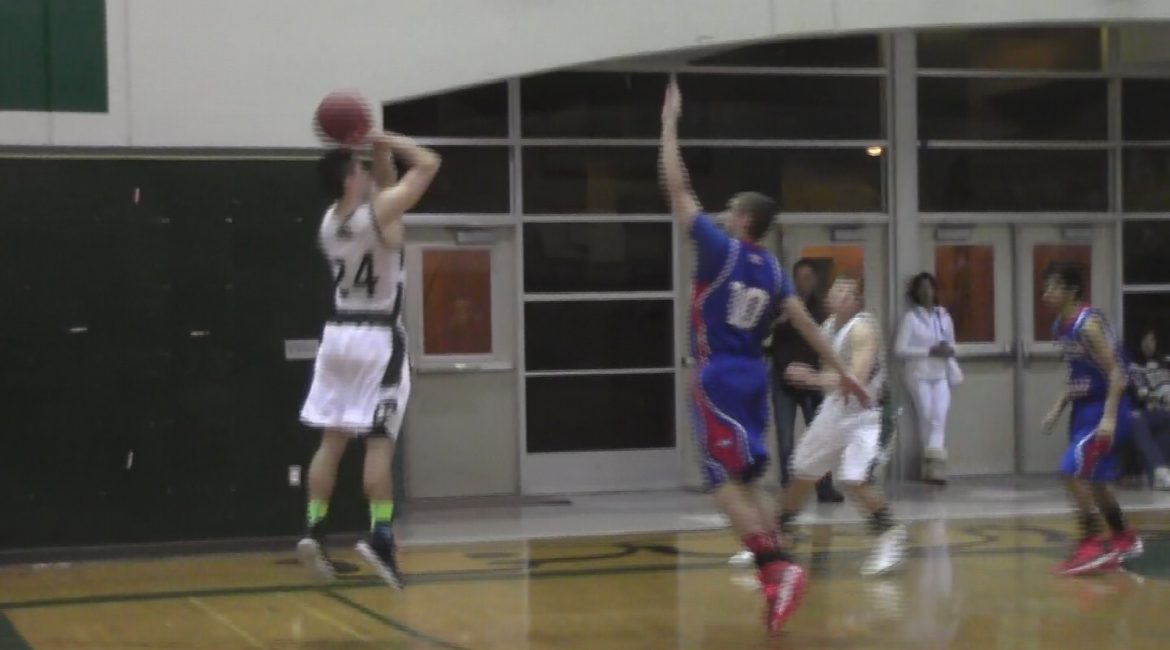 
Now that we’ve got the first round out of the way, the competition in the North Coast Section Playoffs should get better.  In a post earlier this week I commented that there are more point spreads over twenty than under.   That was said tongue in cheek but wasn’t that far off.   Thirty four of eighty one games were decided by over 20 points.   Two out of every three games were decided by over ten points.   There were scores like 97-33, 94-41 and 81-21.   Get playoff fever.

Washington is the lowest seed to advance to the second round in the top three divisions in over a decade.

COULD HAVE BEEN ONE MORE

The Orlinda Boys basketball team lost its last league game to Summerfield Waldorf 61-24.   They had lost games earlier this season 81-33 and 61-24.

They decided enough is enough.

They were picked as a No. 14 seed and were matched up against No. 3 St. Bernard.   Instead of making a trip six hours up and six hours back for what figured to be at least a 40 point loss, they decided to forfeit.

I always wondered what the penalty was for that and it is something I have suggested a team do before.   It turns out it is no home NCS playoff games and an eight game schedule reduction for the next two years,  meaning they can only play 18 games.

I wish more teams would do that and maybe something would change.

The first round of this tournament is basically a waste.   The crowds for the most are down and the games as noted above are one sided.   With the games on a weeknight, not to many people, even some of the biggest fans, aren’t going to travel some of those distance to see what they figure is going to be a one sided game.

There is a way to fix this, at least a little fix, is turn make it two tournaments.  The top eight teams in the championship bracket, the second eight in what would be like the NIT version.  The first round could be eliminated could be moved to the weekend and the tournament would have the same amount of games.   It is longer time to hype the games, and it is more fan friendly to have the games on a Friday and Saturday Night.

There needs to be a realignment of the Divisions also.   But that is for another time.

On we go to round two.   The winners of these games qualify, along with a NCS Semi-Final game, the Nor Cal Playoffs also.

This preview will take for granted that you know the local teams and will focus on the opponent.

Also at the end is a Power Ranking comparison with the opponent and other local teams along with the team they are playing.

Foothill has played some monster teams and lost to most of them.   You can start in the East Bay League in which they went 10-4 and came in third.  Two of the losses to Carondelet, who is the No. 1 seed and the monster team of Division 2.  Two of the losses to second place team Foothill, who is No. 1 seed in Division 1.  Both are defending North Coast Section Champions.

Four of the six losses were by over 20 points, two of those by over 30.

A win will give Foothill a 20 win season for the first time in over a decade.

Redwood came in fourth in the Marin County League.  All three teams that finished above them will be playing a second round game, all in different brackets.

The first round win over Casa Grande was Redwood’s first over an NBL team in three tries.  Before Christmas they lost to Maria Carrillo and Cardinal Newman.

POWER RANKING COMPARSION:  Redwood is ranked No. 40 in the North Coast Section.  Cardinal Newman is No. 35.   Montgomery is No. 9.

Newark Memorial has been one of the monster teams in Section over the last few years.  They have won at least twenty games every season since at least 2004 and snuck in a 30 win season in 2010.

They have won the Division 2 championship the last two years.   The three years before that they were in Division 1 and lost in the championship game each year.

Do not know what happen to them in December.

POWER RANKINGS COMPARISON:  Newark Memorial is ranked No. 23 of all the Division 2 teams in the state.  Montgomery is No. 18.  Maria Carrillo is No. 44.

Windsor first round win gives them a twenty win season for first time in school history.

This is the third meeting between two teams.  They split the first two meeting winning on its home court.

The win by Ukiah was the last game of the regular season and got Ukiah into the playoffs.

Only game in playoffs between two local teams.

The other team that tied College Park for second was Northgate who defeated Montgomery in Round One 40-32 as a No. 8 seed.

Clayton Valley played Montgomery back in December and won 51-39.  They also have twenty point plus wins over Maria Carrillo and Sonoma Valley as well as a 69-58 loss to Santa Rosa.

POWER RANKING COMPARISON: Clayton Valley Charter is ranked No. 31 in the State Division 2 rankings. Windsor is No. 26.  Casa Grande is No. 42.

San Marin finished fourth in the Marin County League.  The reason this game is in Marin is because a December meeting won by San Marin 59-50.   San Marin was 1-1 vs. NBL teams, defeating Ukiah and losing to Montgomery.

De Anza has won eight straight and fifteen of sixteen.