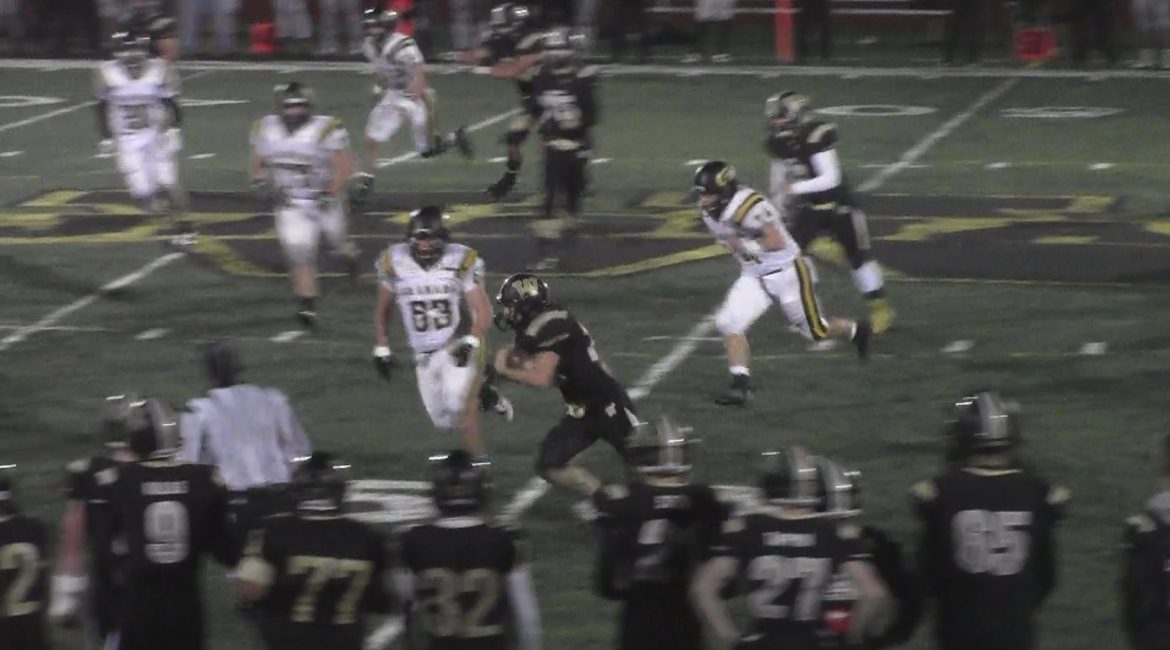 Our local teams weren’t so lucky this weekend, as 3 of our 5 still in the playoffs were eliminated. Here’s the breakdown.

Division 2
Ukiah ran into a buzzsaw in Campolindo Saturday. They got on the board first in Moraga but the Cougars ran all over the Wildcats and were not able to recover, losing 48-7. This season marks one of the best in Ukiah history as they finish 8-5 and an NCS Semi Finalist.


Windsor used a big 1st quarter to put the game out of reach early. Kobe Roman had two 47 yard touchdown passes. One to Patrick Tappin and the other to David Escarsega. In the 2nd he connected with Zack Rackman for 20 yards. In all, he had four touchdown passes and a rushing touchdown. Windsor travels to Diablo Valley College Friday Night to face Campolindo for the NCS D2 Championship.

Division 3
Rancho Cotate’s exciting season ended Saturday as Trey Miller’s 42 yard field goal went through the uprights and clinched a Bishop O’Dowd win. This also marks the end for long time head coach Ed Conroy. Jake Simmons ran for three touchdowns and threw for another, to Mason Heinse for 20 yards. Rancho had appeared to take a two-score lead with Jaelen Ward’s 95-yard punt return for TD but it was called back due to a penalty. The Cougars never scored the rest of the game as O’Dowd tied it with 2:04 left. O’Dowd got it back with les than a minute to go and it was enought time for them. Bishop O’Dowd will play Marin Catholic Saturday Night at Diablo Valley College for the NCS D3 Championship.
You can see an Analy-Marin Catholic recap here


Division 4
Jordan Brookshire had three touchdown runs, leading to huge second and third quarters for Cardinal Newman as they handled Piedmont 54-8. Tanner Mendoza, Beau Barrington, and Irvin Mann all got in on the action for Newman as they rolled through the Highlanders. Cardinal Newman will play the Defending D5 State Champion St Bernard’s Crusaders Saturday Night for the NCS D4 Championship.
Share
Copyright (c) 2016 Splash.
Theme by StylemixThemes.