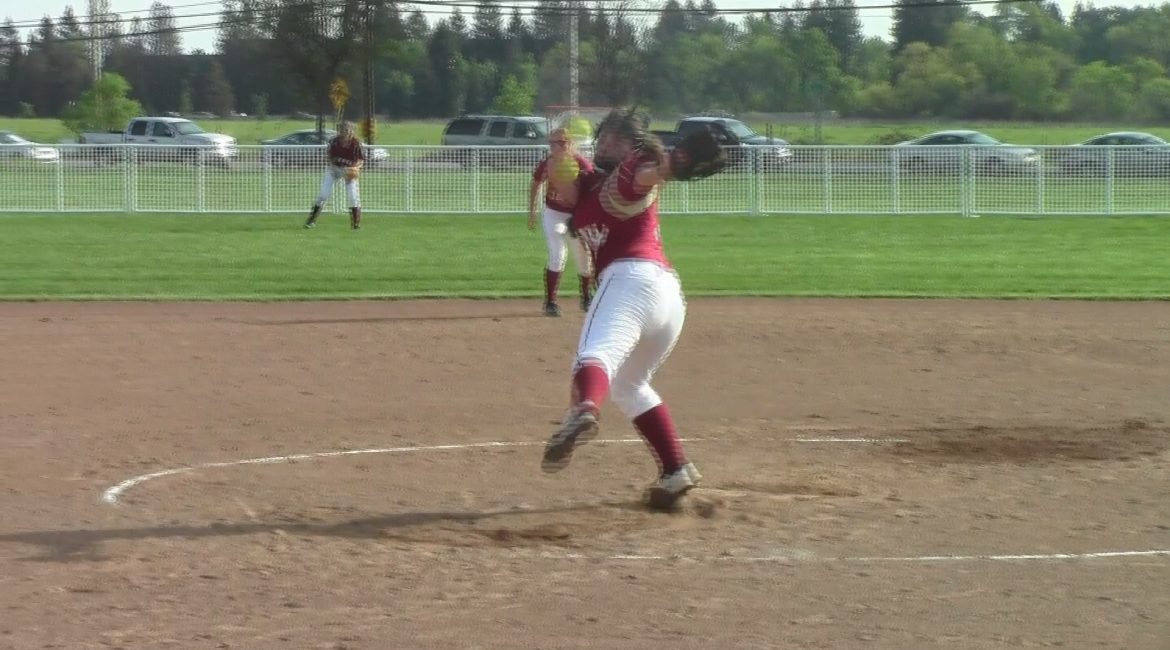 The North Bay League split thrillers in the opening round of the NCS Softball Playoffs.

First the good news.   No. 9 Rancho Cotate scored all its six runs in regulation in the fourth inning and went on to defeated No. 8 Redwood 7-6 in nine innings.

Rancho Cotate gave up two runs in each of the second and third innings to fall behind 4-0.  Then they had the big fourth, with the runs supplied on two homers, in a rally that started with two outs and nobody on base.   The inning was extended by an error and they took advantage of that.  Vickie Espinoza hit a homer, her first of the season, to cut the lead to 4-2.

The Cougars weren’t done yet.  A single and two walks loaded the bases when Katie Rohrer smashed a grand slam to give Rancho Cotate a 6-4 lead.

Redwood tied the game with a two run sixth to force extra innings.  Rohrer scored the game winner on what amounts to a Little League type of play.    She led off the ninth with a single and ended up scoring on the same play after two Redwood errors.

The loss was in Division 4, where No. 11 Cardinal Newman gave up two in the bottom of the seventh in a 5-4 loss to No. 6 Marin Catholic.   Cardinal Newman, who finishes 9-12 on the season, had the lead despite only getting three hits.

It was a mixed bag in Division 4.   The two NCL I teams that played, split.

This is the Wednesday Round One schedule

Yes, this is the championship game