NEAT PACKAGE: A LOOK AT OTHER FALL CHAMPIONS 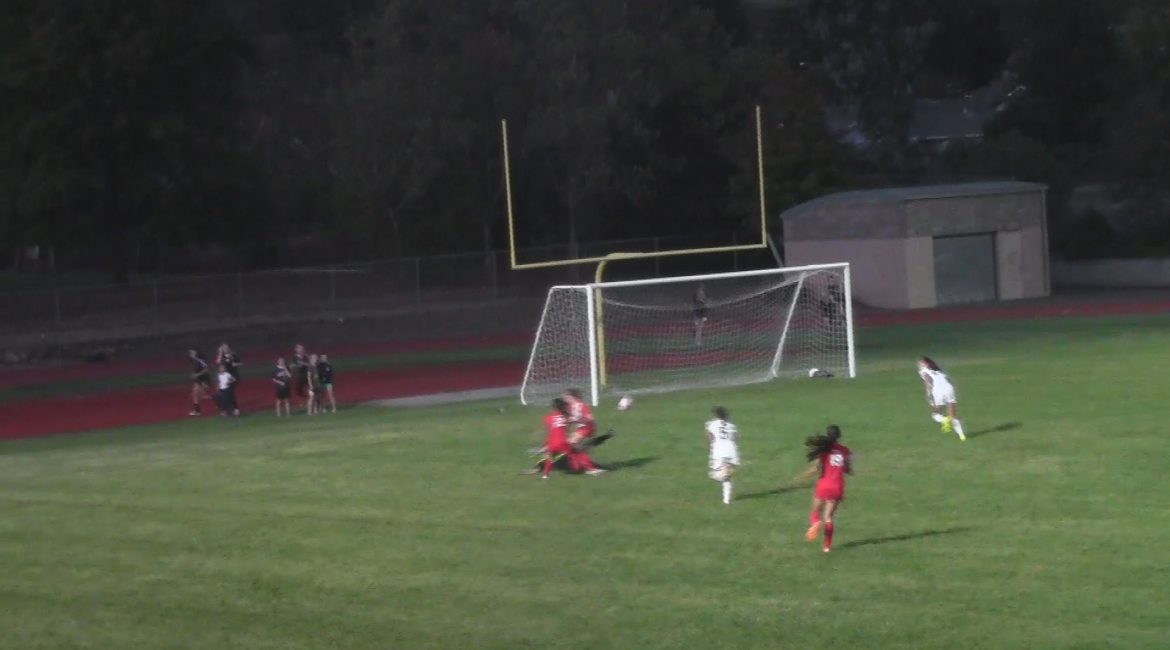 
This Neat Package not only includes the Saturday recap but a look at some other sports that crowned league champions this week.
Soccer
NBL BOYS
It was a historical year for Rancho Cotate as the Cougars won their first ever NBL Boys Championship.  They went 15-1-3 overal, with the only loss to Healdsburg 3-1.  That game was back on August 26th and was the second game of the season.  During league play they went 11-0-3.
This is quite a turnaround for the soccer program at Rancho Cotate.   From 2006-09 they won four league games.   After going 7-6-1 in 2010, they followed that up with a 2-10-2 mark in 2011.

SCL BOYS
Petaluma edged out Analy for the league championship.  The two teams split 2-1 games.   The difference in the league race was Elsie Allen who Petaluma went 1-0-1 against while Analy went 1-1.

NBL GIRLS
It was all about a Maria Carrillo again, who not only is No. 1 in the NBL, but No. 2 in the Nation.   Maria Carrillo hasn’t lost a league match since 2009.  Maria Carrillo won the league race outscoring opponents 59-3.
For the 2nd straight season Montgomery finished second with the only losses to Maria Carrillo.

SCL GIRLS
Analy takes the league winning all twelve games and going 17-1 overall.   The lone loss was to Arcata 2-1 on August 29th, which was the second game of the season.  The next day avenged the loss with a 1-0 win over Arcata in the Eye of the Tiger Tournament.   In the power rankings Analy is No. 3 in the state.
The difference in the league race was 2-0 and 1-0 wins over Petaluma.   That was half the goals that Petaluma gave up during league play as they finished 9-2-1.

Volleyball
NBL
Maria Carrillo won its tenth straight NBL Championship, losing only four games while going 14-0.
The Pumas raised their NBL winning streak to sixty eight matches.   The last loss was on September 15th, 2010 when they lost to Rancho Cotate 3-2.   That year was actually a two way tie for first in the NBL race between the two teams.
It was a season Maria Carrillo and Rancho Cotate got to know each other pretty well.   They split four matches, with three of the matches going the distance.

SCL
Sonoma Valley won its fourth straight SCL championship and they dominated SCL Volleyball, outscoring teams in matches 36-2.   Actually the two losses were in the same match.  That was on October 9th when Petaluma won the first two games and looked like the upset was coming.  Sonoma Valley took the next three.
If you are wondering about if there was a No. 1 ranking who it would be?  That is a close call.  The two teams split matches this season.
They will not meet in the NCS playoffs.   Maria Carrillo is in Division 2 and Sonoma Valley in Division 3.
Of course, there are several other fall sports going on and congratulations to all the athletes who take time to juggle school time with sports time.   I am sorry you don’t get the attention you deserve here.  Maybe someday when the sponsorship  money rolls in we can expand our coverage.

SATURDAY RECAP
NBL
Casa Grande 39 Santa Rosa 0
Casa Grande won its third in four games with a 39-0 win over Santa Rosa.   They had that lead by the end of the third quarter and shared the wealth.  Six players rushed for over 20 yard,s as the team rushed for over 200.
After a 0-5 start, Casa Grande is now eligible for the NCS Division 2 playoffs.    This is where there schedule comes in handy because it really helps in the power rankings.    Casa Grande is hoping to get a home playoffs game.   To do that they would need to defeat Montgomery in the regular season finale next week and that still might not be enough.

SCL
Piner 31 Healdsburg 14
Piner started the scoring with a defensive and special teams scoring.  After that the offense took over in a 31-14 win over Healdsburg.
Both of the first two touchdowns came in the first seven minutes of the game.    The first one was an unlikely candidate.  Lineman Peter Barieri, who went into the game with twelve sacks, intercepted a pass and took it seven yards for a score.
Three minutes later, Tony Martignoli returned a punt 58 yards to make it 12-0.   After Healdsburg cut the lead to 12-7, Martignoli caught a 68 yard touchdown pass to make the halftime score 18-7.  Talk about versatile, Martignoli has thrown ten touchdown passes this season and caught four.
The win gives Piner a 5-4 record and makes them eligible for the NCS Division 4 playoffs
Piner ends the regular season next Friday at El Molino.

NCL II
St. Vincent 50 Upper Lake 7
St. Vincent is over .500 this season for the first time after a 50-7 win over Upper Lake.   After a 0-4 start they have won five straight.
St. Vincent has clinched a tie for the NCL II championship.   They can win it outright next Saturday when they host Tomales who is one game back.  Earlier this season St. Vincent defeat Tomales 36-6.

SRJC took out the frustration of a two game losing streak on winless De Anza with a 41-10 victory.  The Bear Cubs are now 6-2 on the season.
SRJC scored all of its points in the first three quarters.   Christian McAlvain threw three touchdown passes and ran in another.
SRJC plays its final home game of the season next week when they host Foothill.
At halftime there was a ceremony for the SRJC Basketball team.  Rings were given out for the 2014 California State Champions.