NEAT PACKAGE: ANALY OFF TO ANOTHER FAST START 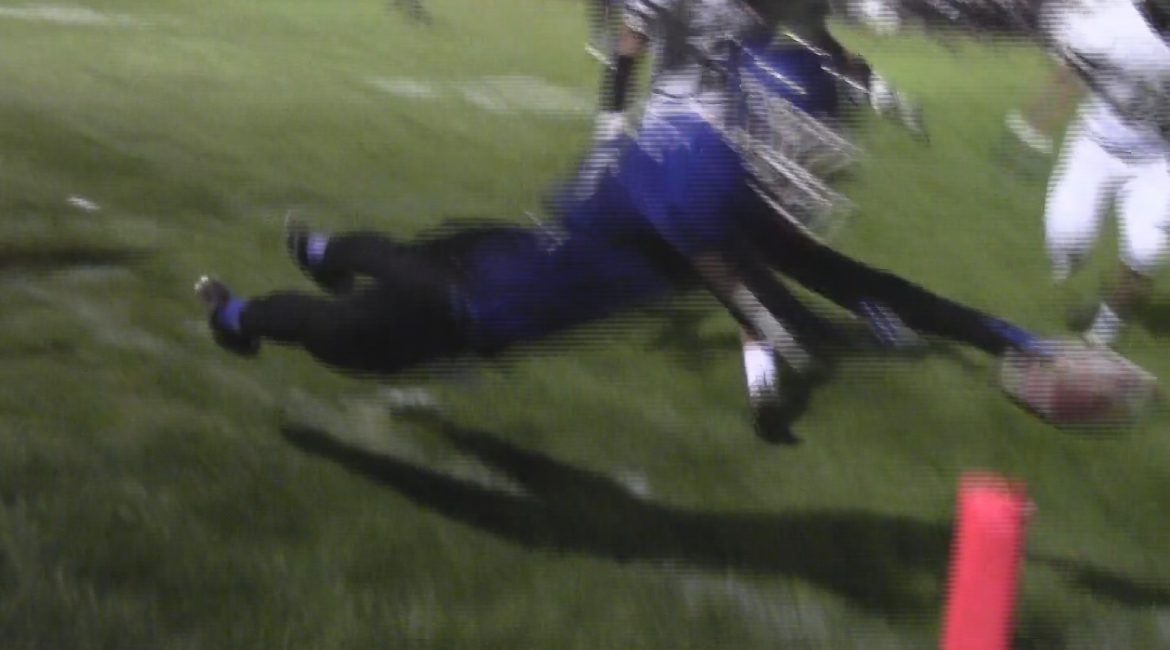 For the third straight season the Analy Tigers are the headline of opening night.
Two years ago as a team under the radar they defeated Maria Carrillo 63-6.   They haven’t been under the radar since.
Last year they opened against East Bay power Pittsburgh and took a 37-21 win.
In both seasons reviewing the night in the YSN365.com neat package, the score was called the most eye popping score of the night.
They made the eye popping score for the third straight season.
In the opener, which we called here the Local 2013 Championship game, Analy defeated Casa Grande 47-14 in game that a long time reporter of high school sports tweeted out, “ It wasn’t that close.”
It took Analy less than three minutes to score.   They led 21-0 after one and 40-0 at the half.   There was no scoring in the fourth quarter.


Analy quarterback Will Smith passed for 246 yards in the first half and running back Ja’Narrick James added 137 yards rushing, 96 of that on one run that wrapped up the scoring in the first half.
They didn’t add to the numbers in the second half.  They didn’t have to.
These staggering numbers were against one of the top programs in the area over the last decade.  For the most part defense is what got them there.  As they were dominating the Sonoma County League, this past decade, there was one season that they gave up less points during league play then they did against Analy this night.  Analy could have added three or four more seasons to that list if they would have scored one time in the fourth quarter.  They might have gotten that score before the fourth quarter if it wasn’t for a fumble on the first series of the third quarter in which Ryan Lowe returned the loose ball 71 yards for one of two Casa Grande touchdowns.
It was an eye popping performance from a team that:
No. 1:  Is used to having eye popping performances to start a season and frankly have been pretty good the rest of the season.
No. 2:  With the success they are starting to have is having a harder time having eye popping performances.
You can see video highlights of the game here.
WHAT THE NEAT PACKAGE IS
This is where your can get the scores and recaps of every game in the area on one page.   There is information from as many sources as I can find.   On Some there is more information than on then others.

FRIDAY SCOREBOARD
No. 1 Analy 47 No 4 Casa Grande 14
Fortuna 35 No. 9 Healdsburg 21
No. 10 Petaluma 13 Santa Rosa 12
Maria Carrillo 21 Redwood 14
Windsor 30 Granada 10
El Molino 47 Willits 34
Deer Valley 49 Elsie Allen 0
Tomales 41 Hoopa Valley 12
Clear Lake 32 South Fork 0
McKinleyville 46 Fort Bragg 36
THURSDAY SCOREBOARD
Kelseyville 42 De Anza 14
SATURDAY SCHEDULE
Churchill County (Fallon, Nevada) vs. No. 3 Cardinal Newman at Del Oro High School
No. 5 Montgomery at Napa
No. 7 Piner at Del Norte
Cloverdale at Calistoga
St. Bernard’s at St. Vincent
CSD (Fremont) at Upper Lake
IDLE
No. 2 Rancho Cotate, No. 6 Middletown, No. 8 St. Helena, Ukiah, Sonoma Valley and Lower Lake.
Analy and Casa Grande were the only two teams of the top eight in the YSN365.com rankings to play on Friday Night.   Three more play on Saturday and the other three open the season next week.
The only other Top Ten team to get a win was No. 10 Petaluma who held off Santa Rosa 13-12.  It is the first time Petaluma has won the game since the two teams renewed the series that began in 1921, five years ago.  All five of the games have opened both teams season and Santa Rosa still leads the overall series 44-35.
Petaluma controlled the scoreboard most of the night.  A Brendan White touchdown pass and two field goals by Greg Thomas gave them a 13-0 third quarter lead.
A bolt of lightning got Santa Rosa back into the game when Cassuis Banks hit Devonte Manning for a 75 yard catch and run to make it 13-6 late in the third quarter.   The extra point was missed, which turned out to be big late in the fourth quarter.   With :51 left, Banks threw his second touchdown pass, this one to Caezon Murrillo to cut it to 13-12.    Santa Rosa tried to take the lead with a running play and was stopped.  Petaluma recovered the ensuing onside kick to seal the win.
It is the first opening game win for Petaluma since 2009.  That was the last season that Steve Ellison was head coach and the team that went undefeated until losing in a NCS Semi-Final game.  It is also the first time Petaluma has been over .500 since that season.
No. 9 Healdsburg went to Fortuna and were defeated 35-14.  Fortuna led 7-0 at halftime.  Zach Hugh rushed for Fortuna’s first three touchdowns to get the lead to 21-0 in third quarter.
It is the fourth straight season that Healdsburg has lost to Fortuna in the Pre-League part of the schedule.
Elsewhere it was better news for the North Bay League at Maria Carrillo and Windsor.
Maria Carrillo jumped out to a 21-0 lead in the first half and held on for a 21-14 win over Redwood.
Alex Netherda ran in the first touchdown in the first quarter and also had an interception.
Redwood cut the lead to 21-14 with six minutes left.
It is the first time since 2011 that Maria Carrillo started the season with a win.
The last two season they started with losses to Analy, who they travel to play next week.
Windsor rallied from an early 10-3 deficit to defeat Granada 30-10.   Jalen Roman threw two touchdown passes, the first one tied the game and the second gave them the lead for good.
The big play came moments after Windsor took the lead when Sam Fletcher returned an interception 20 yards for a score that gave Windsor a 23-10 lead.
It was the second straight season that Windsor opened the regular season with a win over Granada.
Deer Valley did all its scoring in the first half in a 49-0 win over Elsie Allen.
El Molino won a wild game over Willits 47-34, in a game the two teams combined for 43 points in the second quarter.  El Molino led at the half 34-16.
Eddie Taylor rushed for two touchdowns.
In the NCL World, despite only having 12 players, Tomales had no problem with Hoopa Valley, winning 41-12.  Willie Lapori rushed for 223 yards and four touchdowns.
Darin Brodnansky coached his first game at Clear Lake, as they defeated South Fork 32-0.  Tyler Dore completed three passes but all were for touchdowns from 38, 32 and 55 yards.
McKinleyville trailed Fort Bragg 30-20 at the half before rallying for a 46-36 win.
My email address is jacpasquini@comcast.net
Share