NEAT PACKAGE: NEAR MISS FOR ANALY 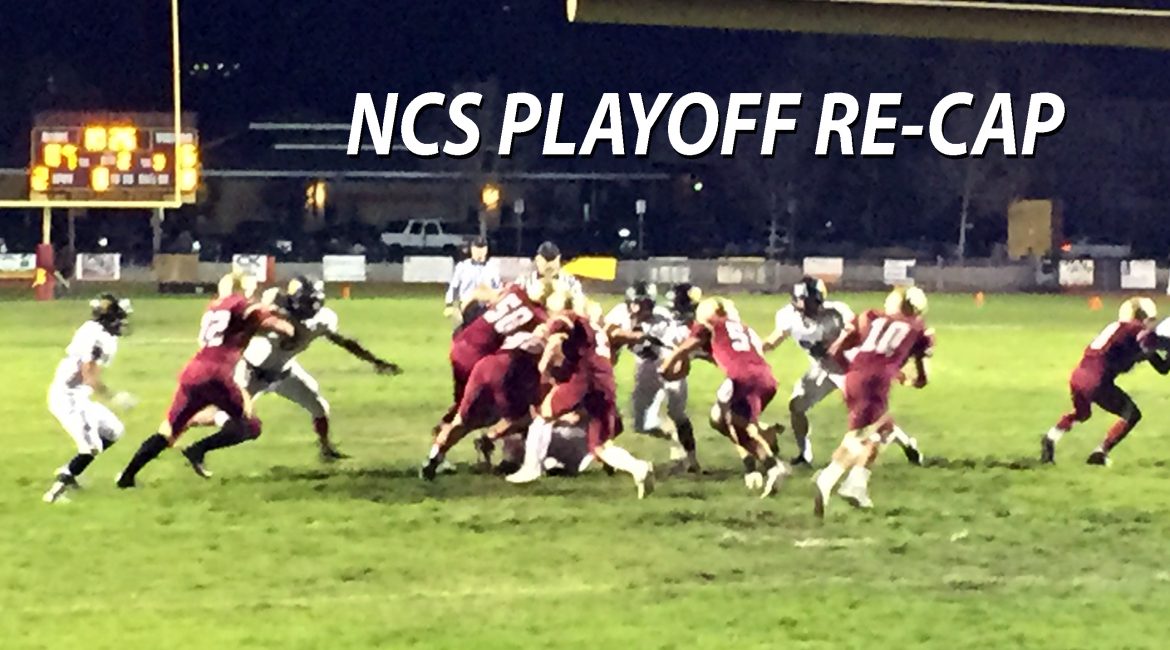 The Analy Tigers came “this” close to shocking the local football world.
Heck they may have shocked it anyway.
At the very least they surprised it.
Given no chance against No.1  Campolindo,  Analy just missed.
It was a game that had seven lead changes, all of them in the first half, and Analy was a two point conversion away from tying the game with seven minutes left.
In the end, Campolindo did what it was supposed to do, as they controlled those last eight minutes and took a 62-46 win over Analy.
There were so many “ifs” in a game that wasn’t supposed to have any.  Analy went into the game figuring they would have to outscore Campolindo and they almost did.
It was a game that every quarter had more scoring than one of the playoffs games on Friday.
The strange thing about it, the first possession ended with a punt.  Analy forced the punt and then moved to the game’s first score.  Kerr Johnson Jr. caught his 21st touchdown pass on a 33 yard pass from Will Smith.
It took 3:12 for the first score.  For the rest of the half, only one other time was there a longer time between scores.  That was when Campolindo scored with 2:08 left in the half to take a 41-28 lead.   The score before that came 3:27 earlier and we didn’t know it at the time, but that would give Campolindo the lead for good.
There were a couple of moments in that first half that has Analy thinking “what if.”


After the first score by Analy, it took Campolindo barely two minutes to respond.  They missed the extra point so Analy still had a 7-6 lead.   On the next offensive play, Campolindo intercepted a pass which set up another touchdown twenty seconds later.  It was one of four interceptions thrown by Smith, with two of them setting up first quarter touchdowns, the second coming less than four minutes later, which setup lead change number three and gave Campolindo a 19-14 lead.
The other moment was right after the sixth lead change.   Analy took a 27-26 lead on the second of three touchdown passes by Smith, with 5:49 left in the half.    Next was the seventh and the last lead change when Nick Fadelli returned the ensuing kickoff 88 yards to make it 33-28.
On the next series Analy punted for the first time and Fadelli scored again on a one yard run to make it 41-27, which turned out to be the halftime score.   Fadelli scoring in that first half was almost as common as a lead change.  He added five first half touchdowns to his team high 30 on the season.  Surprisingly that would be his last one.
Analy didn’t score at the end of the first half, but did on the first possession of the third quarter and they were off again.   The scoring wasn’t as wild in the second half.   In fact, Analy gave up one touchdown during the first 21 minutes of the second half.
What came up big in that fourth quarter was one of the most basic things in football, the extra point.  At the high school level it isn’t as basic as college and the pros and it turned out to play a big part in an attempt at an Analy win.
With 2:48 left in the third quarter, Jenkins caught his second touchdown of the game, to make it 48-40.  The extra point was blocked to keep it an eight point game.
Analy then forced another punt and soon after James scored his third touchdown on a 23 yard run and it was a 48-46 game with 7:46 left.  It stayed that way because there was a broken play on the two point conversation.


Campolindo went back to scoring on its next drive.  Jack Smith ended a four minute drive with an 8 yard scoring toss to Max Flower.  After that extra point was good the lead was 55-46 with 3:03 to go.
Analy was in catch up mode and two more interceptions, the last returned 50 yards by Flowers ended the game.
Smith went into the game with six interceptions on the season.  He threw two of the four in the first quarter and the other two in the last three minutes when Analy was two scores down and had nothing to lose.   In between he was golden, passing for 383 yards and two scores.
At times the combination of Smith and Kerr Johnson Jr. looked unstoppable.   Johnson Jr.  caught six balls for 143 yards and drew at least three other pass interference penalties.
Analy actually outgained Campolindo by over 150 yards.  James also had a big game rushing for 123 yards and two touchdowns.  He also went for 44 more catching the ball.
There are probably some down and out Analy Tigers today, but they did the area proud.

The Clayton Valley-Casa Grande game went as expected.
Nate Keisel threw two  first half touchdown passes and ran another one in as Clayton Valley took a 34-3 halftime lead.
Clayton Valley rushed for over 500 yards led by Miles Harrison who went for 197 yards on only ten carries, including a 57 yard score that ended the first half scoring.
So Casa Grande’s come back season ends.  After that 0-5 start they finish the season at 6-7.  In any other season that comeback might have lasted longer, but Clayton Valley may be the best team this division has ever seen.
The stage is set for the Clayton Valley-Concord rematch.
Mitch Daniels threw three of his six touchdown passes as Concord took a 38-0 second quarter lead over Pinole Valley in a 56-28 win.
Earlier this season Clayton Valley defeated Concord 48-40.  That is the only loss by either team.

CHAMPIONSHIP GAME
To be announced
Two second half touchdowns by William Boyd Jr was all Justin Siena needed in a 14-3 win over  Piedmont in what was a rare defensive game.
Justin Siena moves to the championship game and will meet the St. Mary’s-San Marin game.
St. Mary’s is the defending section champion.

No. 5 Stellar Prep (9-3) at No. 1 Salesian (9-2)
CAL PREPS PROJECTION:  Salesian by 26
This is the only division that has both games today.
Salesian is the defending champion.

VOLLEYBALL
NOR CAL PLAYOFFS—ROUND TWO
No. 4 Sonoma Valley (29-3) at No. 1 Valley Christian (San Jose) (25-12)
The winner will be two wins from a state championship.
Good luck Sonoma Valley.
My email address is jacpasquini@comcast.net