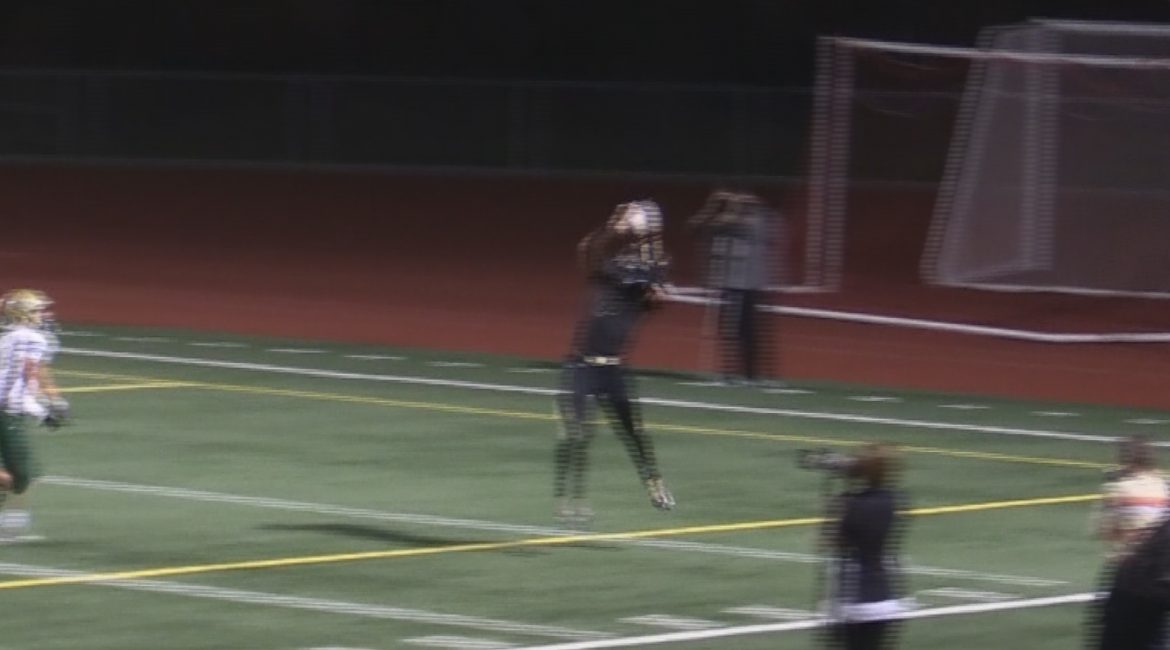 SCL
No. 1 Analy 34 El Molino 6
No.10 Petaluma 69 Elsie Allen 14
Sonoma Valley 21 Healdsburg 14
The best game of the night was between two one win teams.   Tristen Mertins went 97 yards for the game winning touchdown with 8:37 to give Sonoma Valley a 21-14 win over Healdsburg.
Healdsburg drove late in the game, but was stopped inside the twenty.
Analy pulled away in the second half to defeat El Molino 34-6.  Will Smith threw four touchdowns, three of them to Kerr Johnson.
Petaluma fell behind Elsie Allen 6-0 before taking a 69-14 win.
Seven different players scored touchdown for Petaluma.
Analy is 4-0 in league play.   Petaluma sits at 4-1. Analy is at Petaluma to end the regular season.
NCL II
St. Vincent 26 Calistoga 0
Tomales 40 Upper Lake 0
St. Vincent pulled away from Calistoga with three third quarter touchdown in a 26-0 win.
George Sammons did the damage again rushing for 127 yards and two touchdowns.   He also went  82 yards with a pass for another touchdown.
St. Vincent has won four straight NCL II games to even its season record at 4-4.
JC FOOTBALL
No. 7 SRJC (5-1, 0-1) at No. 6 San Francisco (5-1, 1-0)
The Bear Cubs are on the road to meet a top ten team for the second straight week.
Last week ,Santa Rosa was Ranked No. 4 and they dropped its first game of the season to No. 3 San Mateo 24-21.  San Mateo has moved to No. 2 in the state.   American River is No. 1 and they only undefeated team left in the state.
San Francisco opened league play with a 62-7 win over De Anza.   It was the second straight week they have hit the 60 point mark.    The teams they did it against have a combined record of 3-7.
Three weeks ago San Francisco dropped its only game to No. 1 American River 13-0.  In that game they were held to 160 yards in total offense.    In the last two weeks they average over 500.
San Mateo goes to De Anza, who is the only winless team in the conference.    Foothill is 1-5, everyone else in the conference is 5-1.
SRJC will be home the next two weeks against De Anza and Foothill.
My email address is [email protected]

Pledging to support ysn365 enables us to do more videos covering the multitude of Youth Sports. We also provide much needed news stories and information about many local athletes and teams, all made possible by support from the community. You can specify any amount you choose. ... See MoreSee Less