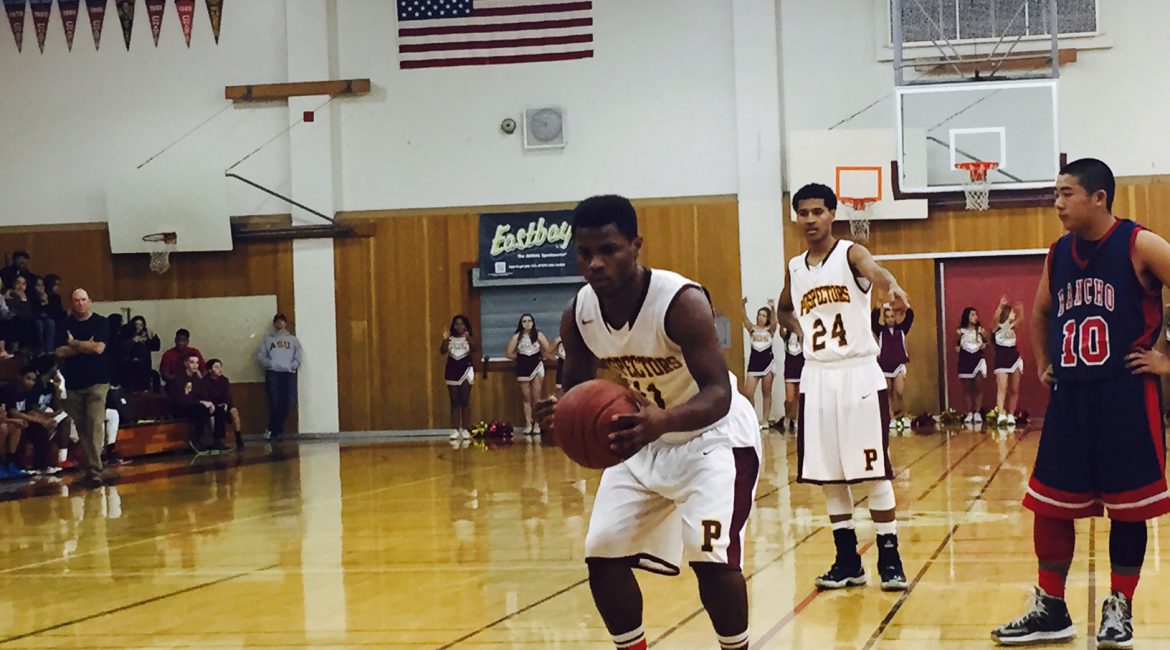 The Boys of the NBL and SCL take their turn to start league play on Wednesday night.
The main game of the night, would be the game of the night any time it was played, but this year it begins the regular season.


NBL BOYS
No. 1 Cardinal Newman at No. 2 Montgomery
Santa Rosa at No. 6 Casa Grande
No.7 Ukiah at No. 8 Windsor
Maria Carrillo at Rancho Cotate
What a start to the NBL season.
When Cardinal Newman and Montgomery meet it is usually the game of the night, no matter what part of the season it is. The fact that they are No. 1 and No. 2 in the area adds to it and since they are considered co-favorites for a league title there is even more interest in this one.
It is not new that they are No. 1 and 2 in the area and considered co-favorites.  The last two seasons, these two teams have been in the top three in the final YSN365.com rankings.
Being considered NBL favorites is nothing new either.  Since the year 2000, one of these two teams has been at least part of the NBL championship in thirteen of the fifteen seasons.  The only two years they weren’t was in 2001, when Rancho Cotate won it and 2005 when it was won by Piner.
The two teams tied for the title in 2012.  Cardinal Newman was part of a three way tie with Maria Carrillo and Piner in 2008.  The rest has been sole championships with Montgomery winning six and Cardinal Newman taking five.
What really adds to this rivalry is the type of games they have played and the atmosphere that goes with them.  There was an incredible four year run, starting in 2007, when it seemed like it was decided on a buzzer beater or went into overtime every time.  Some of the video memories have been posted at here at ysn365.com in the last twenty four hours.
As for the atmosphere, there isn’t much like it around this part of the world.  The place will be packed by halftime of the JV game and there will be a turn away crowd, so take some advice and get there early.  If you wait until fifteen minutes before the game, you will have to park in the Montgomery Village Shopping Center parking lot down the road and you probably won’t get in anyway.  The rivalry got so big that two seasons ago the regular season games between the two teams were moved to the JC.

They probably should have tried that this season, especially with the hype this season has going for it.  The two teams were considered co-favorites as soon as the season has started.  Those roles have changed slightly since the season began.  When the first YSN365.com rankings came out it was a coin flip for who would be No. 1.  By the time the second rankings came out this week, Cardinal Newman was the established No. 1 and the league favorite.
One reason is that although they were expected to be good, Cardinal Newman has been better than good.  They are off to an 11-0 start and it has for the most part been a dominating 11-0 start.  Along the way they won three local tournaments with Junior Guard Connor Rubbattino named player of the tournament in two of them.  Rubbatino was the only non-senior that was name to the NBL first or second team last season.  He was named to the second team.
Another reason is an aggressive schedule and a key injury has taken its toll on Montgomery.  The Vikings have played six games in the last two weekends and have lost the last five.  The losing started the same game that starting guard Micheal Septimo went down with a knee injury.  Despite the skid, according to the power rankings, Montgomery is still No. 1 in Division 2.  Cardinal Newman is No. 1 in Division 4.
It will be quite a scene at the Viking Dome.  As usual the game will have a hard time living up to the hype, but in this rivalry it not only lives up the hype, it tops it more often than not.
With all the talk of that game, it is easy to forget that the winner of the Cardinal Newman-Montgomery game will be in a four way tie for first place.
One other game involves two top ten YSN365.com teams when No. 7 Ukiah travels to No. 8 Windsor.  Both teams are limping into league play after a 4-1 start.  Ukiah has lost two of three and Windsor three of four.  Windsor’s three losses were in the tournament they hosted.  Both teams last game was a win.
Ukiah has had a changing of the guard at head coach.  After twenty six years as head coach Bill Heath was let go.  He was replaced by former JV coach Jeff Silva-Brown.
There is one team ranked higher than both Ukiah and Windsor and that is Casa Grande at No. 6.  The Gauchos season has been balanced.  Not only the record which is 6-6, but the biggest winning streak is two, which is the same as the Gauchos biggest losing streak.  They carry a two game winning streak into the league opener against Santa Rosa.
Santa Rosa has had the same kind of season as Casa Grande.  The Panthers are 5-5 and come into the game with a two game winning streak.  They have had shown improvement since a 1-24 season in 2011.  They are trying to make that next step.  They have help coming up from a JV team that went 17-7 overall and 10-4 in NBL play.
The other opener is between Maria Carrillo and Rancho Cotate, who have the two worst records in the league.  Rancho Cotate is still looking for its first win of the season.  The Cougars are also looking for its first league win since 2012.

SCL BOYS
El Molino at No. 3 Piner
No. 4 Elsie Allen at Healdsburg
Analy at Sonoma Valley
NON LEAGUE
Petaluma at Vintage
What is hard to believe is that as league play starts, there are two SCL teams in the YSN365.com rankings and neither one is Analy.
Analy has been the team in the SCL.  Over the last six seasons they have five regular season championships and five post season tournament championships.  The record against SCL teams to get those titles is 75-9.

This hasn’t been that kind of Analy team.  They have started the season 4-7.  That was after a 1-5 start.  They won three of the next four and looked like they were going into league in good shape,especially when they had a nice lead against Acalanes in their last game, going into the fourth quarter.  They gave up 30 points in that fourth quarter in a 55-44 loss.
They are still Analy and with all they have done in recent seasons, nobody is going to have the mindset going into a game with them that they are playing a 4-7 team.
Analy opens league play at Sonoma Valley.  The Dragons go into the game with a two game winning streak and a 5-8 record.
The two SCL teams that are in the YSN365.com rankings areNo. 3 Piner and No. 4 Elsie Allen.  They are the only teams in the league that are over .500.
It is actually a coin toss for whom should be No. 3 and whom should be No. 4.  It is also a coin flip for whom would be rated as the league favorite.
After starting 5-2, Piner lost two straight.  They followed that up by winning two of three in the Sonoma County Classic, with the lone loss in the championship game against Cardinal Newman.
Elsie Allen went into a slump after a 3-0 start, losing three of four.  They have rebounded from that winning five of six.
The two teams meet Friday night at Elsie Allen.
Petaluma opens league play at Analy on Friday.
My email address is jacpasquini@comcast.net
nbl scl preview
Share