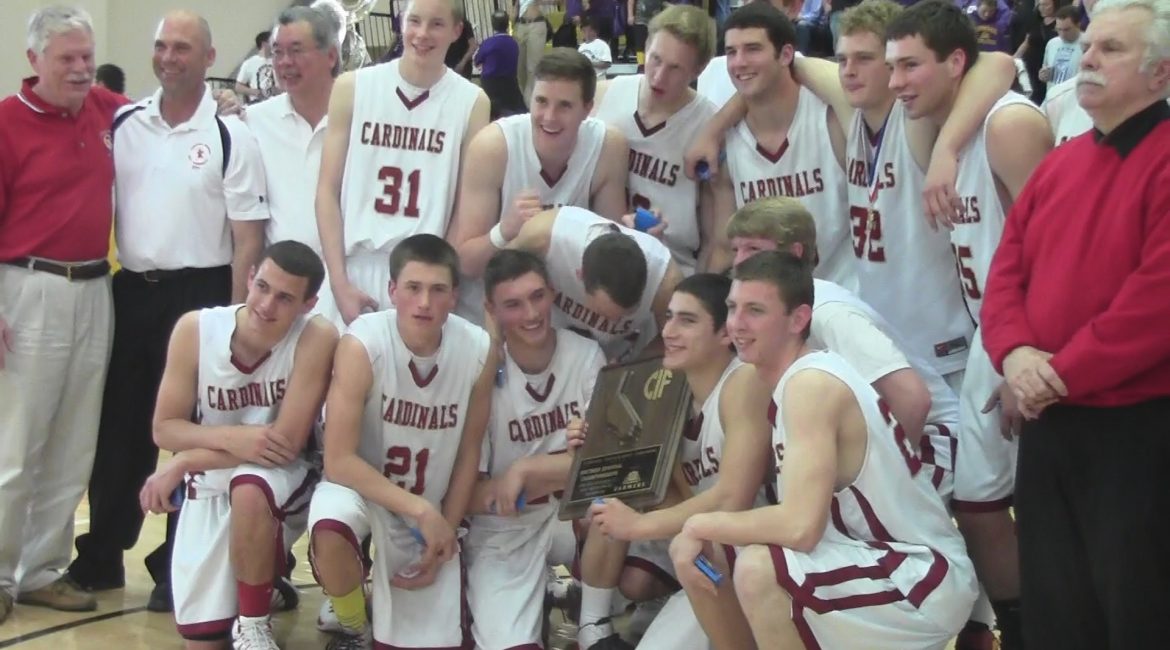 One of the most used quotes of sports is,”records are made to be broken.”  Some records are cherished and have been in the books for a long time.   The best example of that is Joe DiMaggio’s 56 game hitting streak that hasn’t been close to being broken and has been on the books over 70 years.

The Rancho Cotate football program has had its share of success over the years.  In 2012 the Cougars had one of its best seasons in a decade and rewriting the school’s record book along the way.

THE NO. 4 SPORTS STORY OF THE 2012-13 SPORTS SEASON…RANCHO COTATE RECORD RUN TO NCS CHAMPIONSHIP GAME

The Rancho Cotate football program is one of the most respected one in the area.   When thinking about contender they are included with the likes of Cardinal Newman and Casa Grande year in and year out.  The success of the program was at its highest 2000 and 2001when they were dominating back to back North Coast Section Champions.  They haven’t reached that status since, but have come close in the last couple of years, reaching the North Coast Section Championship game twice, including in 2012.

In six of the last seven seasons they have finished at least 6-1 in NBL play.  Outside 2010, that one league loss was to Cardinal Newman.  In 2010 they were able to beat Cardinal Newman and win its first league championship since 2002.

With the addition of Casa Grande and Windsor to the NBL for the 2012 season it looked like it would be a tougher scenario to a league championship.   It turned out to be the same kind of race with the championship being decided by the late season Cardinal Newman-Rancho Cotate game.

The talk was that Rancho Cotate would be more of a passing team in 2012. which turned out to be true.  Quarterback Michael Courchaine broke a school record for passing yardage and touchdowns.   The touchdown passes broke a record that has been on the books since 1971.

That wasn’t the only records the Rancho Cotate offense broke.  The program that has been known for a powerful running game had that part of the record book changed by running back Jalon Luque, who now holds almost every major rushing record for the school.

The season started out modestly enough.   Two games in Luque hadn’t rushed for a total of 200 yards.   By the end of the season he would hit that 200 yard mark in four games.

The third game against Petaluma started a trend for Luque in which he rushed for big numbers and getting a good chunk of numbers on one run.  In a 39-0 win over Petaluma he rushed for 187 yards and two scores, one of the scores going 75 yards.

The Petaluma game got him going.  The next two weeks he had back to back three touchdown games, which included back to back 200 yard games.

But what set his season out on his way to his record setting was the long scoring runs and the timing of most of them.

Luque gave us a taste in the first big game of the season which was a 28-7 win over Casa Grande, putting an exclamation point on the game.  Luque , who also played on defense in the Casa Grande secondary and moments after intercepting one of his two passes on the season, he went 45 yards for a score with four minutes left for the finishing touches of the win.

In that game Courchaine threw three touchdown passes, which began a streak of three of four games in which he threw for three scores and it wiped out that 41 year record.

The one game during that four game run that Courchaine didn’t throw for three touchdowns was the game that Luque really started his assault on the Rancho Cotate record book.   To add to it, he started that assault in game against Cardinal Newman for the North Bay League Championship.  Luque gained most of his yards on an 82 yard score with late in the third quarter.  The score turned out to be the winning score for a North Bay League championship, breaking a 14-14 tie in a 21-14 win.

Luque followed that up with a three touchdown game in the regular season finale against Santa Rosa which they won 48-0.

Then the playoffs began and Luque, behind an All-League offensive line, really kicked it in.

On a dreadful rainy night in the first round, Rancho Cotate defeated Las Lomas 21-14.   Because of the weather it was hard to function.  The game was tied 7-7 in the third quarter when Luque and that offensive line took over.

First there was an 84 yard drive in which Luque carried the ball eight times for 61 yards.  He finished the drive off with a eight yard run which gave Rancho Cotate a 14-7 lead late in the third quarter.

On Rancho Cotate’s next offensive play three minutes later, Luque went 66 yards for the clinching score. The run was the exclamation mark on a 216 yards night.

Speaking of exclamation marks, for the season that was what the semi-final win over Northgate the following week was.  Luque rushed for a season high 278 yards and scored two more touchdowns in the 30-17 win.

The game was a 10-10 tie at the half and Luque had 47 yards rushing on five carries.   After Rancho Cotate took a 17-10 lead on a Courchaine touchdown pass, Rancho Cotate intercepted a pass on its own one yard run.

One play later came the signature play of a season of big yardage and long runs.  Luque went through a big hole up the middle, broke a tackle and turned it into a sprint that he didn’t come close to losing for the 98 yard touchdown run and a 21-7 lead.   The run broke a record for the longest run in Rancho Cotate football history.  The previous record (97 yds) was held by Jeremy Hall in a game against Cardinal Newman on Oct 14, 1995.

Luque would score another touchdown on a 30 yard run to make it 30-10.

Rancho Cotate’s football season could have finished a bit higher on this list if it was for the disappointing 35-7 loss in the NCS Championship game to Clayton Valley.  Luque was still the game’s leading rusher, going for 126 yards.

As a team they ended the season 13-1, outscoring opponents on an average of 30-10.  The season didn’t end the way they would have like, but they had its best season in over a decade which included their second NBL championship in three years.

No. 3…Coming Next Week