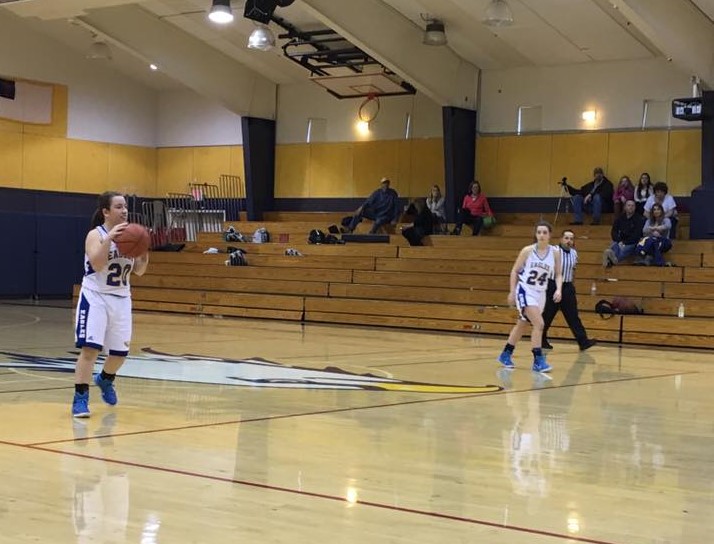 This is an official apology to the Cloverdale Girls Basketball team for the way they have been treated here this season. This is an apology for not having them in the YSN365.com rankings every week and an apology for not paying attention to them like I should have.
This is going to be boring for people that have read me all along, but for the newer readers, I was born and raised in Cloverdale and graduated from the high school. My name is on one of the banners celebrating the Cloverdale Boys basketball program on the West Side of gym. No not for any of the ones for the Craig McMillan state championship teams. I had graduated from Cloverdale well before that.
I looked forward to times I could mention a Cloverdale team and was worried a bit that I was mentioning the school too much. When I have been able to mention the school it was usually related to the basketball program, mainly the Boys.
As far as not paying attention, they didn’t seem like they were having that good of a season.  They are a program that is used to winning league championships, but weren’t really ever in the race this season.  They lost home games to Kelseyville and Middletown the first time around league play. Those two teams would only lose one league game period and that would be to each other.
The first Kelseyville game was in double OT. The schedule had it set up so Cloverdale played those two teams back to back and the second time around they lost to them again. The close game this time was at Middletown 43-42.
I didn’t even worry about getting contacted about their scores. That could be called laziness too, because I had a pretty easy contact. She is my cousin, who is also the Cloverdale Girls official scorekeeper and has twins on the team, twins that graduate this year. How that happened so fast is another story.


When they got the No. 2 seed in the Division 5 playoffs I commented in the playoff preview that it “came out of the blue”. That seed was expected by the people who followed that team and a few let me know that it wasn’t “out of the blue”.
Well the Cloverdale Girls team is 25-7 and they have something only one other team in the area can say, and that is their season is still going. The only other team that can say that is the Cardinal Newman Girls.
That is pretty good company to be in.
Wednesday was the first time that I saw a Cloverdale Girls game. There are several reasons for that, some are named above. I almost went to Ukiah for NCL I post season championship night, where both the Boys and Girls were in and won the championship game. The Cloverdale Girls got revenge of sorts by defeating Kelseyville, and Middletown to take that crown. That championship night was on the same night as SCL championship night, and that is where I ended up.
I was a little nervous about going. One reason was because I was worried about the reaction, like being accused of jumping on the bandwagon (which didn’t happen).
The main reason was because I was worried about jinxing them.
That didn’t happen either.
The Cloverdale Girls put on a show, defeating Mariposa 52-33 to advance to Round Two on Saturday in a convincing win. The only stat they didn’t control was rebounding. Mariposa was a bigger team and won that battle 34-23.
That was more than made up for by an aggressive Cloverdale defense that forced 33 Mariposa turnovers. They used several defenses going from an aggressive man to man, to a zone trap and it frustrated Mariposa. Karsyn Stewart was put on their leading scorer, Kirsten Dubberke, and made her work to get the ball, let alone score.
The defense kept them in the game until the offense kicked in, which only seemed like a matter of time. They missed several makeable shots in the first quarter and when it ended they were down 8-7. Stewart scored the first basket of the second quarter and it turned out that gave Cloverdale the lead for good. Angel Bernardi scored the next six in an 8-0 run. It was part of a 13 point night for Bernardi, who also had a team high six rebound.
A basket by Karysn’s sister Bailey wrapped up a 13-3 run to give the Eagles a 20-11 lead, with 2:45 left in the half. That was when Dubberke had her best streak of the game scoring the next five points. The final basket was the first hoop of the third quarter and cut the lead to 20-16.
Cloverdale followed that with 13 straight, with the Stewart sisters combining for the last six, and just like that it was 35-18, and all but over. Cloverdale’s biggest lead was 41-22 and that came after a three point shot by Teanne Edens for the first points of the fourth quarter. That started a seven point fourth quarter for Edens, which was part of her game high 16 points.
Cloverdale, the No. 6 seed in the Division 5 bracket, will now head to the Stanford area to take on No. 3 Woodside Priory, who is 18-6 on the season.
For Cloverdale the win on Wednesday was their first Nor Cal win in three decades. Back then they were pretty successful run going to Nor Cal Championship games two straight seasons. Then they were overshadowed by the school’s Boys’ team who was winning their state championships.
This year they got the floor to themselves, even though it took a while for some to notice.
REST OF NIGHT
The rest of the local teams went 0-4 in their Nor Cal first round games. That was both the Montgomery teams and the Division 6 Boys teams. In the Nor Cal’s one loss and the season is over.
The two Division 6 teams were Anderson Valley and Archbishop Hanna and they lost by identical 58-54 scores.
Both the Montgomery teams lost by double figures. The Montgomery Girls ended 20-11. It was their first twenty win season in three seasons. Overall they have hit the twenty win mark in twelve of the last fourteen seasons.
NOR CAL LOCAL ROUND TWO SCHEDULE
BOTH GAMES SATURDAY AT 6 PM
DIVISION 4 GIRLS
No. 8 Scotts Valley (24-5) at No. 1 Cardinal Newman (27-5)
DIVISION 5
No. 6 Cloverdale (25-7) at No. 3 Woodside Priory (18-6)
My email address is [email protected]
Share