NOR CAL PLAYOFFS: SEASON OVER FOR EVERYBODY EXCEPT CARDINAL NEWMAN

YSN 365 > News > News > NOR CAL PLAYOFFS: SEASON OVER FOR EVERYBODY EXCEPT CARDINAL NEWMAN 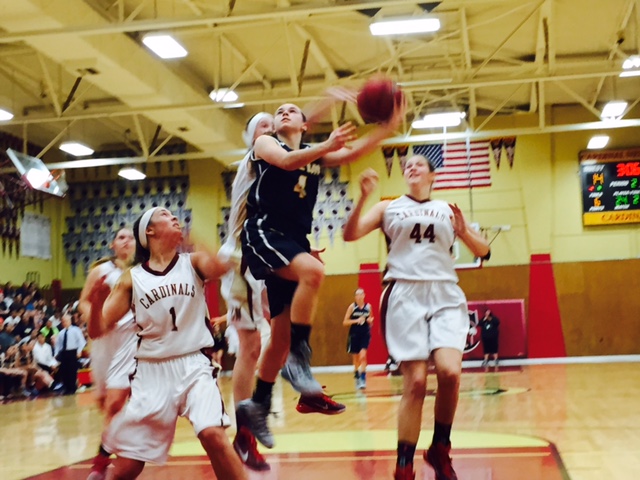 Two teams from one school are still going in the high school state basketball playoffs.  That is Cardinal Newman who will host another Girls-Boys doubleheader on Tuesday.


DIVISION 2 BOYS
Cosumnes Oaks 56 Montgomery 49
It was two different games.
The first half was the Montgomery way, the second half Cosumnes Oaks.
So the game came down the stretch and Cosumnes Oaks made the big plays and got help with a untimely technical call and eliminate Montgomery from the playoffs.  The game ended the three decade career for Tom Fitchie as the Montgomery Head Coach, as he has decided this is his last season.
In the first half, Cosumnes Oaks didn’t look like the team that averaged nearly 70 points a game.  The least amount of points they scored during any game this season was 51.  At halftime they had less than a third of that.
In the first three minutes, Cosumnes Oaks jumped out to an 8-4 lead.  They would only score two field goals for the rest of the half.  After the early deficit, Micheal Septimo scored six of a ten point run and Montgomery wouldn’t trail again until the fourth quarter.  Montgomery took its first ten point lead with two minutes left in the half at 22-12.  That made the run 18-4, which took a little over ten minutes.
The game started turning toward the end of the first half when Cosumnes Oaks went into a zone press.  The first time Montgomery was close to being called for a ten second violation, the second time they did get called for that.  Still at halftime, Montgomery had the 26-16 lead.
Two minutes into the second half, Montgomery’s lead was still ten at 30-20.  That is when the game really started to change.  Sophomore Jeff Dresser hit a three to start the comeback.  Cosumnes Oaks has two players who lead its team in scoring, averaging over twenty points a game.  Dresser isn’t one of them.  He averages a little over eight, but is a 40% shooter from three point range.  That would be a factor in the second half.  The three that started the comeback was his first score.  He would hit two more three point shots and added an old fashion three point play the rest of the way.  The old fashioned three point play tied the game with 1:35 left in the third quarter at 35, which was the first tie since 8-8.  The last three, which gave him a twelve point half, also gave Cosumnes Oaks the lead for good at 50-47 with 1:40 to go in the game.  That was their first lead since 8-6.
The two twenty point average players for Cosumnes Oaks were also a factor.  Eric Toles Jr, who averages 22, scored eight of his team high 19 in the fourth quarter.  That includes four of six from the foul line in the last thirty seconds. Jaeron Stallworth, who averages exactly 20, scored seven of his 16 in the fourth quarter.
Cosumnes Oaks scored more points in both the third and fourth quarter, then they did the first half.
The fourth quarter had five ties and one lead change, before the Dresser three gave them the lead for good.
There were two moments in the last thirty seconds that decided the game. Cosumnes Oaks scored four straight to take a 51-47 lead.  Septimo then scored the last of his 20 points.  After that, Montgomery made a steal and it looked like they would tie the game but a super block and foul put Cosumnes Oaks at the line with :29 left.
Then came moment number two.  After hitting the first free throw, Toles Jr missed the second to keep the lead at three. Matt Hyman pulled down his seventh rebound and then ended on the ground.  No foul was called and two or three set of hands for Cosumnes Oaks was reaching in at the ball, when a held ball was called.  The arrow favored Cosumnes Oaks, so they had the ball and a three point lead.
That wasn’t all.  Hyman apparently said something he shouldn’t have and ended up with a weird timing technical foul. Toles Jr.hit both the technical shots and was immediately fouled and hit one of two more and the game was decided.
Montgomery ends the season 21-12.
Cosumnes Oaks, the No. 6 seed and is 23-8 on the season, travels to No. 2 Archbishop Mitty on Tuesday.  Archbishop Mitty defeated another NCS team Las Lomas 80-63.
DIVISION 4 BOYS
No. 2 Cardinal Newman 48 No. 7 Half Moon Bay 47
No. 11 St. Mary’s 64 No. 3 Sacred Heart Prep 52