NOTEBOOK: A WEEK OF GAMES FOR THE TOP OF THE LEAGUE CONTINUES

YSN 365 > News > News > NOTEBOOK: A WEEK OF GAMES FOR THE TOP OF THE LEAGUE CONTINUES 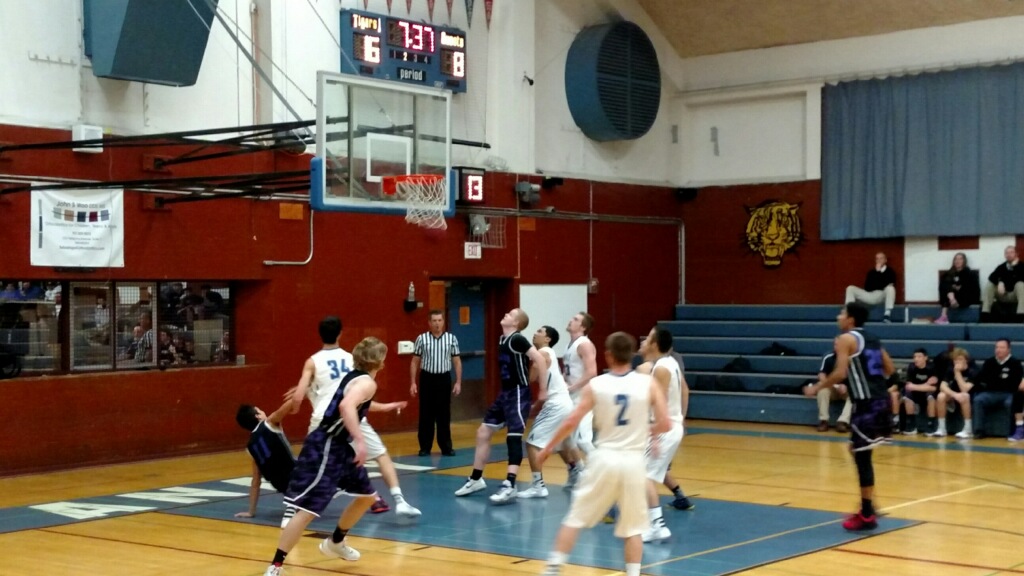 There was one showdown for the top of the league race this week, two on Thursday. Those were all Boys Games. Tonight the girls take over with another one. That is in the SCL with No. 3 Healdsburg at Analy. The two teams are the only undefeated teams left in the race at 3-0.


Healdsburg goes into the game with a 13-1 record overall, the lone loss was to Fortuna on December 12th by a score of 51-33. Since then they have won eight straight.
Besides taking over first place, Analy can get to .500 for the first time since they were 1-1. After an opening season 36-34 win over Maria Carrillo, they lost four straight and seven of nine to drop to 3-7. They have won five of seven to get their record to 8-9.
The winner moves into sole possession of first place. The loser will drop into what at worse would be a second place tie with Sonoma Valley, who is 3-1 in league play and have the bye. Piner could move into that tie for second with a win at Petaluma, who is 1-2 in league play. Piner is continuing a nice comeback story. Last year they were 10-14, which was the most wins they have had in any season since 2006 when they went 10-15. Between then and last season the most games they won is five. This year they are 8-4.
THAT OTHER SHOWDOWN
The battle between No. 1 and 2 for the top of the North Bay League was won by Windsor, defeating Cardinal Newman 58-44. Windsor got off to a good start and never trailed. Gabe Knight scored 27 points and pulled ten rebounds. Cardinal Newman was within two points midway through the third quarter, when Knight hit back to back three’s to give Windsor back control of the game.
Windsor, who is 12-3 on the season, is the last undefeated team in the NBL race at 3-0. They host Casa Grande on Friday Night, who is one of four teams sitting one game behind Windsor at 2-1.
The other 2-1 teams are on the road against teams that are not 2-1. Those games are Cardinal Newman at Ukiah, No. 4 Montgomery at Rancho Cotate and Santa Rosa at Maria Carrillo. Maria Carrillo is 1-2 in league play. Rancho Cotate and Ukiah are both 0-3.
TWO FOR THE PRICE OF ONE
The Sonoma County League had two games Thursday with teams playing for the top of the boys’ league race. Four teams were basically in a virtual tie going into the night.
It was No. 1 vs. No. 2 in the YSN365.com rankings on Wednesday. On Thursday, it was No. 3 vs. No. 5. In each case the highest ranked team won. No. 3 Analy took an early lead and defeated No. 5 Petaluma 56-44. Travis Holmes scored 14 points to lead the way. Holmes is averaging a little over eight points a game. It was the fourth game this year that he has scored in double figures and the second straight.
No. 10 Piner actually took over sole possession of first place with a 46-42 win over Elsie Allen. Piner is 4-1 in league play, which is a half a game ahead of Analy who sits at 3-1. The win put Piner over .500 for the first time this season at 8-7. Piner started the season losing four of its first five games. They have had some ugly losses, but as usual a Mike Erickson coached team is the thick of the league race.
Piner’s league loss is to Analy.
Analy’s league loss is to Healdsburg.
The best game of the night was Sonoma Valley rallying from 14 down to defeat El Molino 52-50 in overtime. Colton Merten came with within one point of hitting his season averaging in the overtime; scoring 8 of his team high 16 points. El Molino’s Kahleo Daly took the game high honors with 18. El Molino just missed its first league win.
That was part of a long night at El Molino High School. The JV game went triple overtime. That game was also won by Sonoma Valley 33-30.
Analy, Petaluma, Healdsburg and Sonoma Valley are all 2-2 in what is a very interesting SCL race.
Two teams take a break from league play with non-league games on Saturday.
Analy is meeting Mt. Eden. According to the Analy website the game is part of a Dr. Martin Luther King Event at Piedmont High School. No time is posted. This game has some juice to it when it comes to the NCS playoff seedings. Mt. Eden is a Division 2 team with 14-2 on the season. One of their losses was to Cloverdale 46-42 in the first round of the Sonoma County Classic.
Also Healdsburg is at South Fork on Saturday Night.
NOT GIVING IN
It is assumed that when all is said and done that the No. 1 Cardinal Newman Girls Basketball team will claim its third straight NBL championship. Cardinal Newman is doing little to change that notion. On Thursday they defeated Ukiah 62-24 to raise their overall record to 12-3 and league record to 4-0. The closest league win is 28 points.
If nothing else, No. 4 Casa Grande is keeping them honest. They are also 4-0 after rallying in the fourth quarter to defeat Windsor 39-35. Hannah Sullivan and Mia Cain each scored 11 points for the Gauchos who are now 10-4 on the season. Santa Rosa is one game back at 3-1.
Casa Grande hosts Cardinal Newman next Saturday on January 23rd. There are still two league games between now and then.
Santa Rosa is one game out at 3-1. Their loss was to Casa Grande. Santa Rosa is at Cardinal Newman on Wednesday January 20th. Everybody has a league game between now and then either on Saturday or Monday.
My email address is jacpasquini@comcast.net
Share