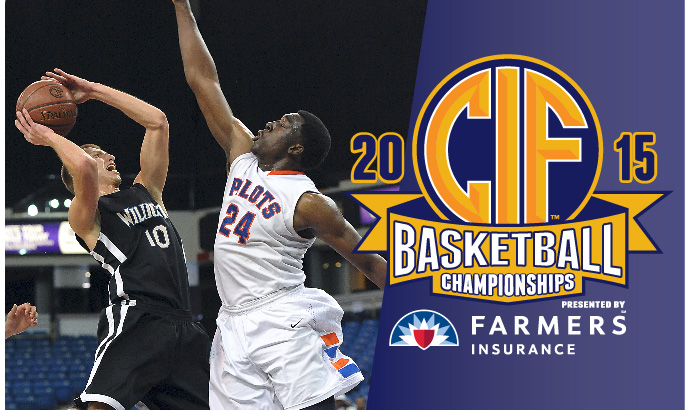 Hopefully the North Coast Section is taking notice.
The Southern Section, which is by far the biggest section in the state, is revamping its playoffs for almost every sport. Southern Section Commissioner Rob Wigod is calling it, “as big a change as we’ve made in our history, in a hundred years”.
Under the new playoff system, school size will not determine the playoff divisions. Instead it will be based on how well the school does in each sport. That means a school could be in one division in one sport and a different one in another sport. It all depends how they did in that sport.
I have been ranting about a change in the North Coast Section playoffs for the last few seasons that a change is needed. The playoffs, especially in football and basketball, aren’t very competitive and in some cases, unfair.
The main point of the changes in the South Division is not basing divisions on school size. That was one of points in my last rant on the situation this past football season. Too much is based on school size. I used Santa Rosa and Elsie Allen as an example that they are in Division by school size only, not what they do on the field. The worrying about school size also keeps from having the realignment of leagues to be fairer to the schools.
I took a look at some of the Southern Division Football brackets from this season and they had their share of one sided games, especially in the early rounds. Those scores are still closer compared to North Coast Section early round games.
Major changes in the North Coast Section wouldn’t be easy, especially in football because nobody wants to be in Division 1 because of the monster in that Division, which is De La Salle.
But for whatever reason the Southern Section thought they had a problem and they are trying to fix it. The final vote wasn’t close. They have 84 leagues in the section and the vote for the change was 74-10. You don’t see to many votes on anything that one sided.
There are over 400 schools in the Southern Section, which is nearly 40% of the schools in the state. That is compared to a little over 100 in the North Coast Section.
In a nutshell this is how it will work. In August, the Divisions for each school will be released and that will change yearly based on the school performance in each sport over the last two seasons. The changes are a work in progress. Even Wigod said, “It might take a few years to get it perfected. If anyone thinks this is a finished product, it’s not”.


It will be interesting to see how it works.
CLOSE TO WRAPPING IT UP
The two area No. 1 teams own their North Bay League races about the same. It is so close to the same that both the Windsor Boys and the Cardinal Newman Girls can wrap up the league championship as soon as the next game. Both teams have a three game lead with four to go.
The Girls go first on Wednesday with Cardinal Newman hosting Ukiah while second place Santa Rosa is at Rancho Cotate.
The Boys take their turn on Thursday with Windsor at Casa Grande and second place Cardinal Newman hosting Ukiah.
After that, the Girls play on Friday with Cardinal Newman at Maria Carrillo. The Boys don’t play until next Monday with Windsor at Montgomery.
That isn’t the only similar things about the NBL races. The race for the other three spots for an NBL Post Season Tournament bid is exactly the same with the second place team 7-3, a tied for third and fourth at 6-4 and the fifth place team is 5-5
In the Girls race Santa Rosa is in second with Montgomery and Ukiah tied for fourth one game ahead of fifth place Casa Grande.
In the Boys race, Cardinal Newman is in second with Montgomery and Santa Rosa tied for fourth one game ahead over fifth place Ukiah.
LOGJAM AT THE TOP
The NBL and NCL I Boys races each have four teams within one game of first place, with the top three tied at least in the loss column.
The SCL has Piner, Petaluma and Analy with two losses and Healdsburg with three.
The NCL I Boys has Cloverdale, Fort Bragg and Lower Lake with two losses and Kelseyville with three.
The SCL has a big night on Wednesday with Piner at Petaluma and Healdsburg at Analy.
The NCL I race tightened up on Tuesday. First place Lower Lake was surprised by St. Helena 83-52. According to a report in the Lake County Record Bee, Lower Lake was without two starters because of disciplinary reasons.
Fort Bragg won its game and in another game involving team leaders, Cloverdale defeated Kelseyville 57-45.
On Thursday, Lower Lake is at Fort Bragg and on Saturday, Lower Lake is at Kelseyville.

SIGNING DAY
Today is the day when Colleges officially get their recruits as all over the nation high school students will be signing for the College of their choice.
A special shout out to Rancho Cotate’s Chris Taylor Yamanoha who will sign for Louisville. His parents kept us up to date with every offer he received and there were a lot. They are two proud parents, as they should be. That is especially true of mom who also went to Louisville. Her Facebook and Twitter account was full of Louisville updates long before Chris committed to go there.
CTY isn’t the only local player making the big signing. Congrats to all making the big move.
My email address is [email protected]
Share