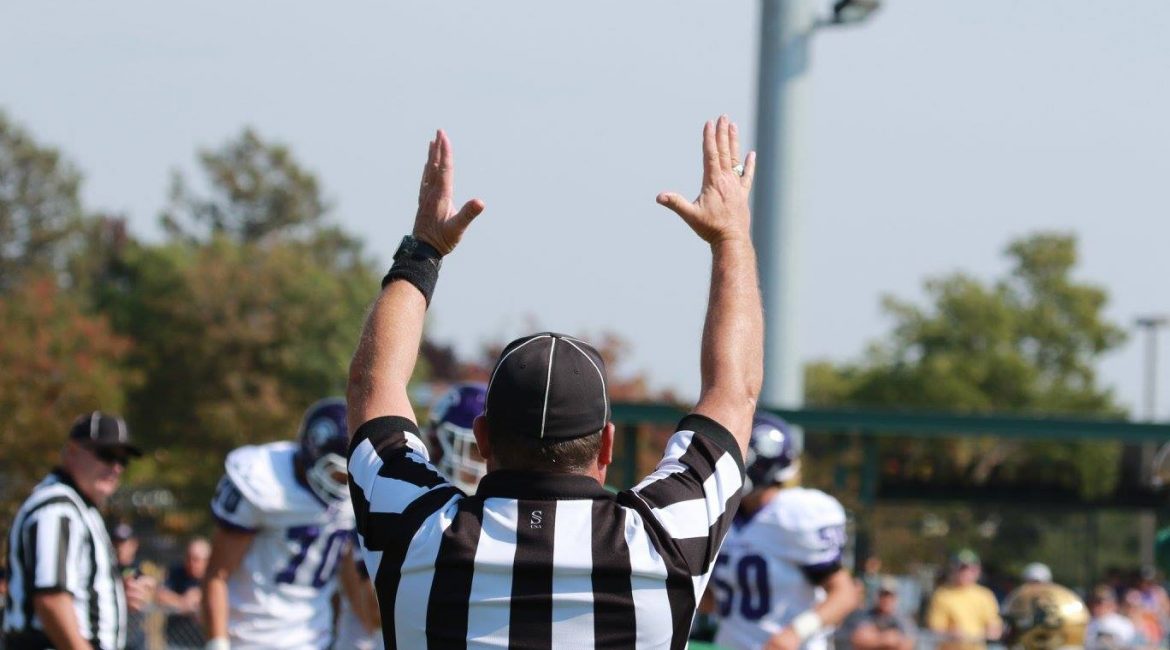 Instant replay has been around in the NFL and NCAA for a very long time. They have overturned many huge plays to affect outcomes of games, but it was the right call, and the deserving team won. This isn’t the case in high school football. Over the past number of years, we have seen some botched calls be officials that have affected playoff games, league championships, and an ole’ regular game. The time is now to have instant replay in high school football.
Let me provide some background information. I saw a post on our facebook page from the Ukiah-Santa Rosa Game this past Friday night. Santa Rosa quarterback Chandler Andrew throw a pass to Blake Thomas in the endzone for what looked like a Panther touchdown, but was called incomplete. You take a look for yourself here:


Santa Rosa ended up losing the game 21-7, but if that play had been corrected, things could’ve been really interesting.
In 2009, Petaluma was 10-0 and a #1 seed in the NCS playoffs, facing #16 seed Rancho Cotate. The Cougars had played the Trojans very tough, as it was 14-12 with just a few seconds left in the game. Petaluma stopped Rancho at the 1-inch line to win the game advance in the NCS Playoffs. Most people from Rancho think they had gotten into the endzone for a touchdown to win the game. Replay could’ve helped to either confirm or overturn that play.

In 2015, the two teams would meet up again, this time in round two of the NCS Playoffs. Rancho Cotate had a 35-28 lead with just over two minutes left in the game. Rancho’s Mo Ward took a handoff from quarterback Gunner Mefford and was moving swiftly down field for a big gain, but Petaluma’s John Lautner came from behind to tackle Ward, but clearly causing him to fumble the ball before he was down. Luke Wheeless of Petaluma picked up the ball with an open field ahead of him and a chance for Petaluma to either tie or win the game with just under two minutes to go. The officials ruled Ward down with an inadvertent whistle, thus the Cougars keeping the ball and eventually running out the clock for the win, and advancing in the NCS Playoffs.
Also in 2015, just a few weeks prior, Petaluma took on Analy in the Sonoma County League Championship Game at Rancho Cotate. Analy was 9-0 and Petaluma was 7-2 coming in. With the game tied at 36, Analy had the ball at the Petaluma 45 yard line with 5 seconds to go. Analy quarterback Jack Newman threw a hail mary pass to Ross Simmons for what looked like in real time a touchdown, but in slow motion, he is clearly down at the 1 yard line and the game should’ve gone into overtime. Especially since we were live streaming that game, YSN365 could’ve been a huge help if Instant replay had been an option.

Finally, last year in the second round of the NCS Playoffs, Windsor hosted the Santa Rosa Panthers. Santa Rosa was coming off of their first NCS win in several years. After trailing 31-7 with just over three minutes played in the fourth quarter, Santa Rosa came roaring back t eventually tie the game at 31 with just over a minute to play. The game would eventually go into overtime. On Windsor’s first play, they would score and make the extra point to make it 38-31 Jaguars. Santa Rosa would come back and score themselves, but went for two points and the win. Cassius Banks took the handoff and was hit at the line, but then forced his way into the endzone, but the whistle was blown a little early, marking the end of the play before he got into the endzone as Windsor held for a 38-37 win. Video highlights are here, with the controversial play at 7:40
These games cannot be changed, and we know that, but what if we did have instant replay? Now, all of the teams have film of their games, using Hudl or Sports Video Network. Most teams use a side view with a camera in the booth and one at an endzone. Some teams also have someone filming using an iPad on the field at the line of scrimmage. With all of the technology in today’s world, there should be no excuse to not have instant replay for varsity high school football games. It impacts too many factors in the game. It isn’t fair to punish the players who are student-athletes for another’s mistake. Replay will help both parties. Coaches should be allowed one challenge per game, and should be able to use it whenever they want, even if it is inside two minutes. Weather the signal is a flag, or a symbol, it can be a help.
Follow me on Twitter @Mikebault