NOTES: The State Playoff System We Are Stuck With 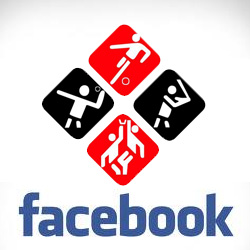 It was a disappointing finish to the Casa Grande historic season.

It may have been more of a disappointing ending for Miramonte.

That is the system we have.  The BCS like high school football playoff.

In pro sports you know what you have to do to make the playoffs.

College and High School it is decided by computers and experts.

The computers and experts were saying that the North Coast Section Division 2 championship would go to the Nor Cal Championship Game.

But as we would find out there is a * to that.

For the Division 2 team to go to the Nor Cal Championship game, it had to be who the computers and experts thought would win the championship.

The Computers took Casa Grande, while the experts took Clayton Valley.  Along came Miramonte, who beat both the Computers and the Experts choice.

Logic will tell you they would be playing another game.

Never use logic when it comes to this system.

I am a Stanford fan and have always been.  I am not sure why.  Maybe it’s because they are the same colors as the Niners who is my favorite pro team.

Who knows why kids root for teams.

I have never gotten wrapped up in whether Stanford is in the national championship game.  Now granted that wasn’t even a concern to recently, but even with the recent success, I worry about one thing with Stanford and that is Pac 12 championship.   That means the worst they are going to get is the Rose Bowl and that isn’t a bad worst.   In fact I would rather have a Rose Bowl any day over the BCS championship game.  It is a tradition.  Like other traditions seem to do, it will die soon.

Under this system there will always be a team that thinks they were wronged. This is not saying the teams that make it don’t deserve to go, I don’t know if they do or not.  I am not one of those experts. It just when you have things being decided in other ways besides the field, you are going to have a debate.

Windsor fans remember two years ago when 14-0 wasn’t good enough.  Miramonte had two losses, so you knew they were in trouble.   It didn’t matter that the losses came to teams that had a combined 20-0 regular season record.

It is just the way it is.

Hopefully this event makes money for the organizations and more importantly the schools.  And I mean every school, not just the few that happen to have a good football program.

I have my doubts about that though.

Last Friday Night I went to my first basketball game of the season.   Usually when I go to a basketball game I keep notes for an article that usually follows.  But this one I didn’t do that.  I treated it like a night off.  Was just going to watch a high school basketball game and relax.

The game I went to see was a semi-final of the Viking Classic between Campolindo and Montgomery.

One of my favorite things to do at a high school game is to watch other people.

I got an eyeful and earful at this game.

Sitting next to me were three guys I didn’t know.   I’m not sure if they were from Campolindo.  I do know they didn’t like Montgomery.   Especially one of them, who had a comment on every play, and they were mostly negative Montgomery.  Occasionally he would complement Campolindo, but mostly was anti Montgomery.

Every call that went against Campolindo was a bad call.   He especially had it out for one of Montgomery players.   I’m guessing he didn’t know his name because he always called him by his number.

Get back to the bench where you belong No. ==

My daughter, the cross country runner sophomore from Santa Rosa, came with me.  She was hoping to find a friend to hang out with, but couldn’t, so she had to settle for me.

I notice the three quite early in the game and mentioned it to my daughter.  She gave me the roll of the eyes like, “yeah right dad”.

My midway through the second quarter, she had moved to the other side of me so she could hear them better.   Hearing all those negative comments towards No. ==, she wanted to ask why don’t you like my brother (wasn’t really), but decided against it.

They were really excited when Campolindo ralled from 11 down at the half to take the lead.   But Montgomery took back control to win the game so they didn’t leave so happy.

Hope they had a nice trip home.

As I said in the above story I didn’t take notes at the basketball game Friday Night.  I was surprised to see Alec Raven scored 40 points in the game.   One of the quietest 40 point games I have ever seen.

Or maybe I was more wrapped up in the show next to me.

SINCE I MENTIONED MY DAUGHTER

My daughter got a varsity letter for a letter men jacket, a certificate for making the NCS tournament and a plaque for the most improved runner of the year.

If you would have told me two years ago there would be another athlete in the house I would have laughed.

LOCAL BASKETBALL TOURNAMENTS FOR THE WEEK

TWO FIRST ROUND GIRLS AND BOYS GAMES ON WEDNESDAY AND THURSDAY